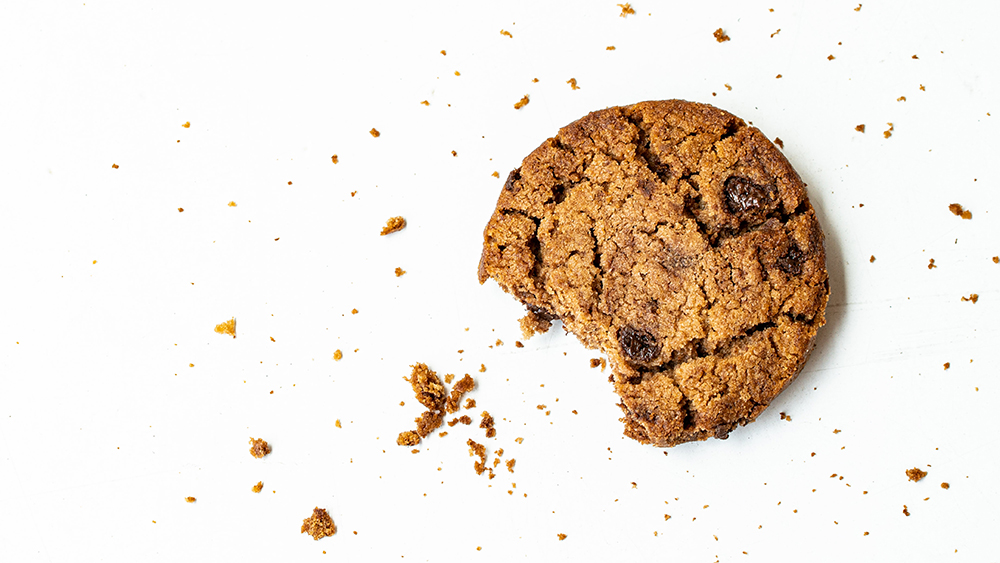 Cookies are often a sweet treat, but sometimes they can become a crumbly mess.

That’s currently the case in Utah, where a legal dispute between two bakeries is playing out quite publicly, according to a new Wall Street Journal report. The franchise Crumbl Cookies filed a federal lawsuit against the smaller Dirty Dough company in May, alleging that Dirty Dough copied its cookie design and packaging. Since then, the battle between the two bakeries has escalated into a public brawl, deemed #UtahCookieWars by social-media users.

In its lawsuit, Crumbl shared photos of its cookies juxtaposed with those from Dirty Dough, in an attempt to show the alleged similarities between the two bakeries’ goods. The company also claimed Dirty Dough copied its logo and, in a later filing, said the newer brand had come into possession of Crumbl’s recipes.

In response, the owner of Dirty Dough has been pushing back against Crumbl in a rather public fashion, making the lawsuit part of the bakery’s marketing. Billboards around Salt Lake City advertise Dirty Dough’s cookies as “so good we’re being sued,” and satirical videos posted online make light of the situation.

Unsurprisingly, Crumbl hasn’t been too happy with that approach. In a filing, the bakery’s lawyer said Dirty Dough has “spent their time and resources making videos mocking and disparaging Crumbl and this lawsuit . . . Defendant’s cavalier approach must stop.” (Dirty Dough has denied stealing trade secrets from Crumbl, the WSJ noted.) In response to Robb Report’s request for comment, Crumbl said it had nothing to add at this time. Dirty Dough did not immediately reply to Robb Report‘s request for comment.

While that lawsuit plays out in court, Crumbl is also suing another start-up, Crave Cookies, for similar alleged infractions. Crave has denied the accusations, and it’s not engaging in the same sort of public counterattack as Dirty Dough. “Our focus has been trying to just put our noses down and focus on our own business,” one of Crave’s cofounders told The Wall Street Journal.

The whole morass sounds like a pretty sweet headache, but at least one person involved has found an upside to the dispute. Jason Sanders, an intellectual-property lawyer representing Dirty Dough, told the WSJ that the case has helped his small-talk game.

“It can be kind of boring going to parties talking about IP law, which is for the most part mundane,” he said. “But everyone likes to talk about cookies.”

The folks at these three bakeries might disagree with him on that.