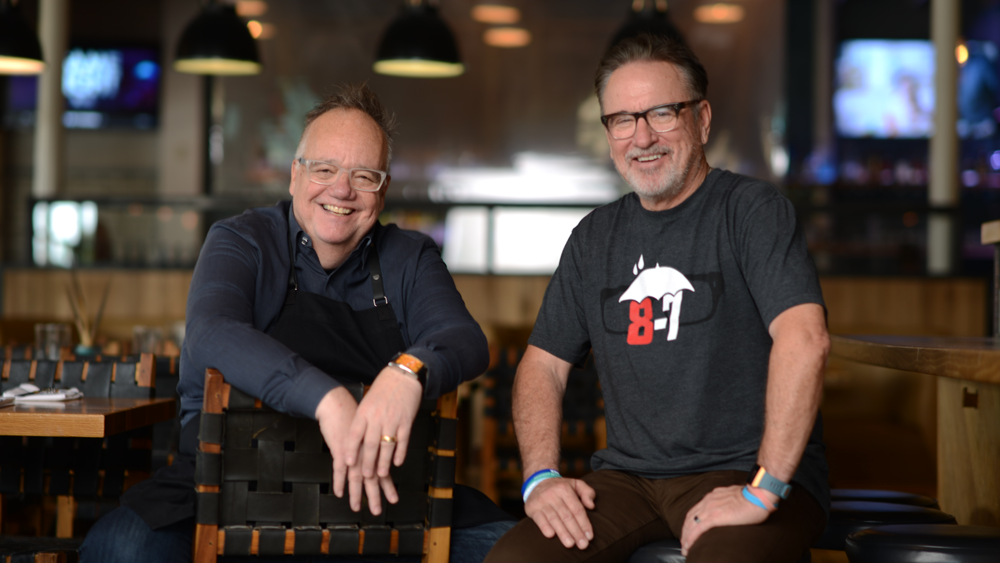 If you grew up going to Chicago Cubs games, you got used to the Clark St. McDonald’s, “Wrigleyville Dogs,” Old Style, and losing. But now that the Cubs are winners and the area around historic Wrigley Field is catching up with other ballparks in the amenity standings, manager Joe Maddon will feed Cubs fans himself. Today, Wrigley Field and Levy Restaurants announced the details of Maddon’s Post, a partnership between the Cubs’ World Series-winning manager and James Beard Award-winning chef Tony Mantuano, of Michelin-starred Italian restaurant Spiaggia.

Originally scheduled for last fall (and then by February), it’s now set to open next to the Friendly Confines in May, joining several other restaurants (Big Star, Smoke Daddy) and the Zachary Hotel along what’s now called Gallagher Way (formerly The Park at Wrigley).

Ironically, the Cubs had used Spiaggia as the location for its introductory press conferences with big-money free agents Jon Lester and Jason Heyward. But not for Maddon—local bar The Cubby Bear was more his speed.

As Eater Chicago noted when the then-unnamed project was first announced in early 2018, Maddon is already a partner in a well-regarded Tampa Italian restaurant, Ava (he previously managed the Tampa Bay Rays). He also loves his vino. “Joe might be one of the only managers who has a glass of red wine in front of him at his post-game interviews,” Mantuano told Food Republic at last year’s tennis US Open, where he has cooked since 2011.

Mantuano also participated in last year’s Wrigley’s Chef Series, where he served the likes of zucchini arancini and grilled mortadella. Maddon, meanwhile, put himself on Wrigley’s culinary map in 2015, when his Aunt Geneva’s Italian hoagie recipe was featured at concessions.

Maddon’s Post will have a dual wood-burning oven and a custom hearth. As at Ava and Spiaggia, the food will lean Italian, drawing on both Mantuano and Maddon’s family roots. Maddon’s paternal grandfather’s birth name was “Maddonini,” but the manager is also Polish on his mother’s side, so in addition to pastas and pizza, there will be pierogis, paczkis (donuts), and “a Polish and Italian charcuterie plate.”

The bar will also feature Polish bison-grass vodka (Zubrowka), a bonded Brandy Old-Fashioned in homage to Mantuano’s Wisconsin background, and, as a tribute to the Maddon’s blue-collar Pennsylvania hometown, a “Toast to Hazelton” shot-and-a-beer, in this case of Crown Royal Canadian whisky and a Miller High Life Pony. Uh… Go Brewers?