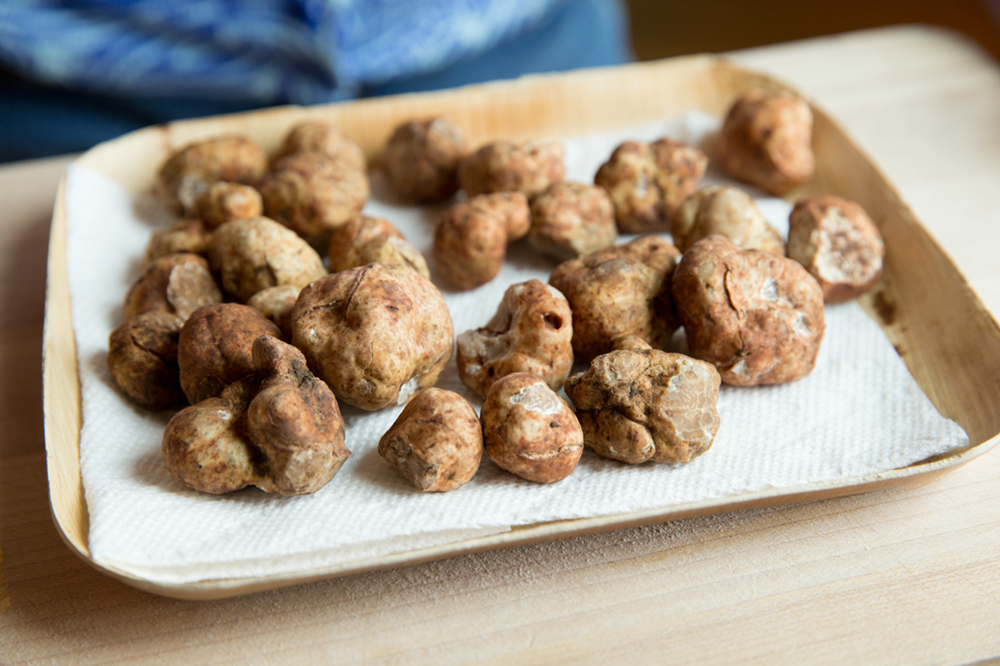 Hungry for new experiences? Each month, the culinary world offers up a platter of special food events that feed the soul as well as the stomach. But in a busy month like November, you may not have time to do your due diligence. That’s why we’ve collected all of the month’s best culinary events in one place, including dinners prepared by top chefs, a nationwide celebration of truffles, and even a cookbook tour featuring two of America’s best young chefs.

On November 17 at Addison in San Diego, chef William Bradley will host a six-course dinner and Champagne pairing with Krug ambassador Garth Hodgdon and master sommelier Chris Miller. Dishes will include delicacies like Smoked Salmon Rillette, Coquille St. Jacques, Canard Roti, and Apple Tarte Tatin paired with 12 rare Krug Champagnes. Afterward, guests will be treated to a gift bag from Krug and Tsar Nicoulai caviar. Tickets to the dinner cost $1,000 per person, and reservations can be made by calling the restaurant.

Since there’s not always time to jet off to another country to sample the local flavors, Michelin-starred chef Dominique Crenn and American Express have teamed up to bring international cuisine to an American audience with the Crenn World Chef Series. The special dinners will be held at Crenn’s San Francisco restaurant Atelier Crenn and each will last two nights, with two seatings per night. The first of these dinners will be held on November 19 and 20, and will feature a multi-course tasting menu from chef Martha Ortiz of Dulce Patria in Mexico City. Tickets are priced at $450 per person and include food and service; two optional wine pairings will be offered for an additional fee.

Tuber magnatum—better known as the white truffle—will have its moment in the sun during harvest season this November. For the third year in a row, the White Truffle Festival (from November 9 through 18) will bring dozens upon dozens of restaurants in six cities across America together to highlight the prized tuber in their dishes. The list of participating restaurants will continue to be updated until the festival, so head to its website to which restaurant or two (or more) you want to hit.

Hosted at Chileno Bay Resort & Residences in Los Cabos, Mexico, Savor Baja is a culinary special running from November 15 to 17 that will put the spotlight on the elements of heat: fire, spice, and smoke. The resort’s culinary team will be assisted by a number of special guest chefs, including chef Cassidee Dabney of the Barn at Blackberry Farm. But the festival’s not all about food; you can try sunrise yoga or a morning beach boot camp if you want to balance things out a bit.

Fabian Von Hauske and Jeremiah Stone—two of our best young chefs in America—are the authors of the new cookbook A Very Serious Cookbook, and you’ll have the chance to meet them in person this November when they go on tour to promote it. In the book, the duo—famed for the Michelin-starred restaurant Contra and the Wildair wine bar—present a light-hearted look into their cooking, with playful banter and personal anecdotes from the chefs. If you’re interested in getting your copy signed or just having the opportunity to meet the two, they will be visiting Nashville on the 14th, Los Angeles on the 16th and 18th, and San Francisco on the 26th.