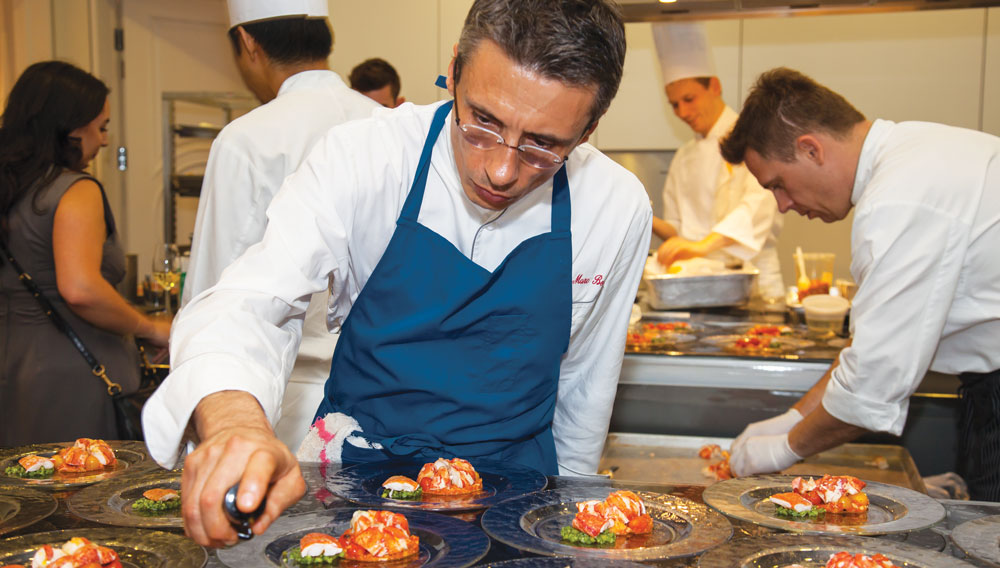 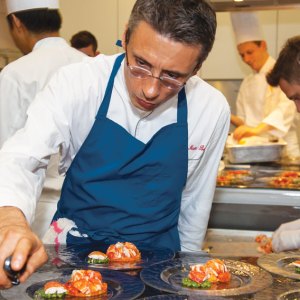 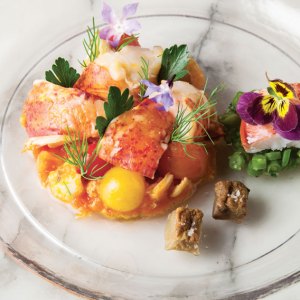 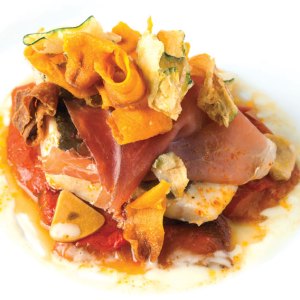 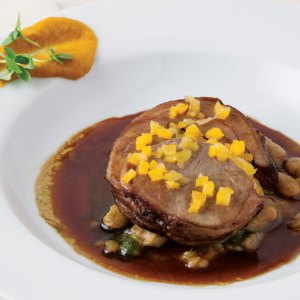 The Event: At his Michelin one-star restaurant in a remote French village, Boyer cooks for just 25 guests a day and sources most of the ingredients from the surrounding forests and streams. Until the Culinary Masters Competition, he had never even visited the United States, let alone cooked here. But the chef was quick to adapt, seizing on Maine lobster for his first course, delighting in microgreens he had not seen before, and transforming a modernist estate in Los Angeles—a pop-up venue for the Mandarin Oriental, Las Vegas—into the sort of “haven of peace” he creates for his guests in France.

Gagnaire spent the morning of the competition on a long walk with his protégé, talking through the last details of the menu. By midafternoon, Boyer was bringing that menu to fruition with help from a culinary dream team. His sous chefs were the top toques at the Pierre Gagnaire restaurants in Paris and London and at Twist in Las Vegas, but on this afternoon they were focused on even the smallest tasks: cutting grapes into quarters for an appetizer; sprinkling blocks of John Dory with an aromatic blend of fleur de sel and the zests of kumquat, yuzu, and bergamot; and forming luscious rabbit rillettes into bite-size morsels rolled in a brunoise of zucchini and kaffir-lime oil.

Throughout the menu, Boyer used subtle seasonings to adjust the flavors of his ingredients. For example, while the Maine lobster is “a magnificent product,” he says it has less of an “oceanic” taste than French langoustines. So he created a tomato fondue made with lemon verbena to add freshness, and garnished it with micro herbs to “make it less rich.” The dish, plated like a floral arrangement, was a delicate introduction to Boyer’s menu, which slowly built in intensity, culminating in a dish that captured the soul of earthy French cooking: spoon-tender braised lamb, redolent with Moroccan spices, and silken Tarbais beans.