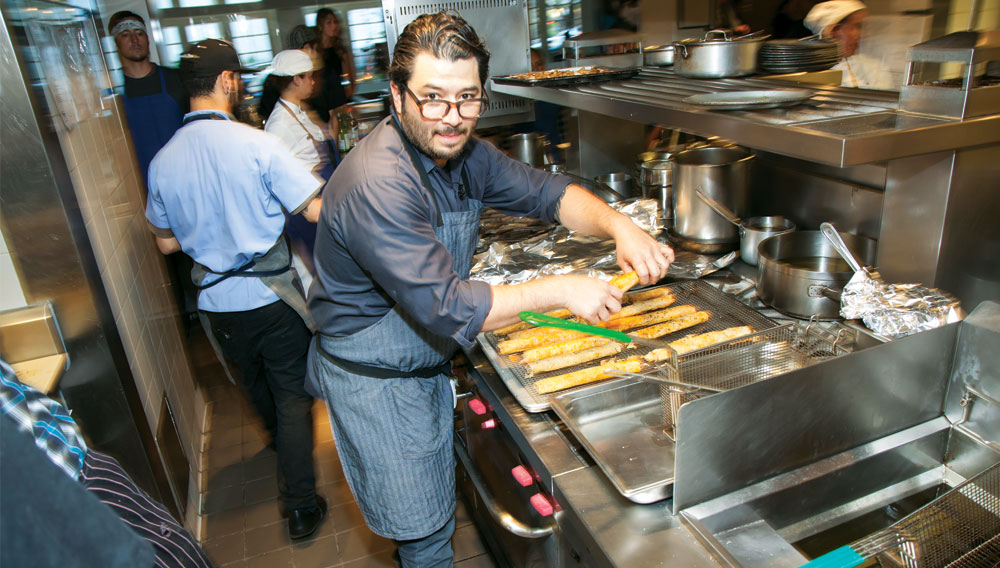 Centeno created a menu representing the distinct styles of each of his restaurants.
View Gallery — 4   Photos 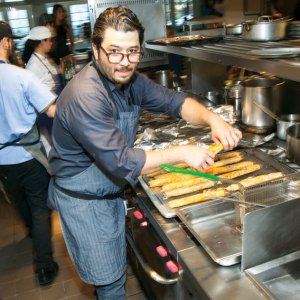 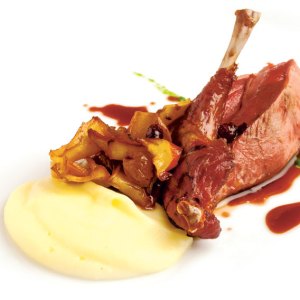 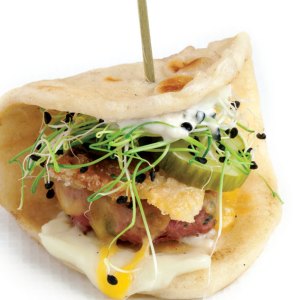 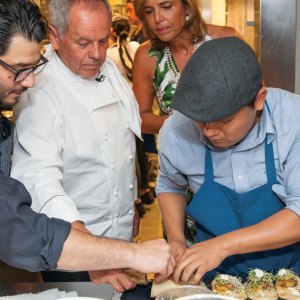 The Event: “I’m honored to be here. Petrified, actually,” Centeno admitted as preparations began. More comfortable holding a mixing spoon than a microphone, the Texas-born chef gave a final piece of advice to his team: “If you get scared, don’t show it.”

It would seem that Centeno himself has lived by these words for most of his professional career, which began in New York. There, he worked under Jean-Jacques Rachou at La Côte Basque before serving as a “Band-Aid chef” for kitchens under stress, many of them reeling from the abrupt departure of a head chef. Today, Centeno is a serene kitchen leader with a keen sense of the Los Angeles dining scene. He runs four successful restaurants downtown, and his competition menu reflected the distinct styles of each location. For example, from Bäco Mercat came a toron bäco canapé—a miniature version of Centeno’s famous flatbread sandwich containing pork belly, pickles, and horseradish.

Most of the other preparations were rooted in tradition—ceviche, onion soup, risotto, confit—but ignited by daring additions. For the first course, grilled geoduck clam contrasted with silken slices of jackfish crudo and avocado, all brightened with spicy Japanese yuzu kosho. Sweet, butter-poached lobster enlivened a cipollini-onion soup, which was served with a bun inspired by Italian focaccia and Japanese milk bread. Centeno’s risotto replaced arborio rice with short-grain Satsuki, a toothsome base for delicate sea urchin flown in from Hokkaido that morning. “I wanted a dish that had the robustness of Italian cooking but the lightness of Japanese cuisine,” Centeno said. Japanese touches—cherry blossoms and a minty shiso-leaf pesto—also enlivened a confit of perfectly roasted squab breast and leg.

At the end of the competition dinner, his public speaking complete, Centeno relaxed in a booth near the kitchen and listened as diners exited with voices filled with the excitement of discovery.