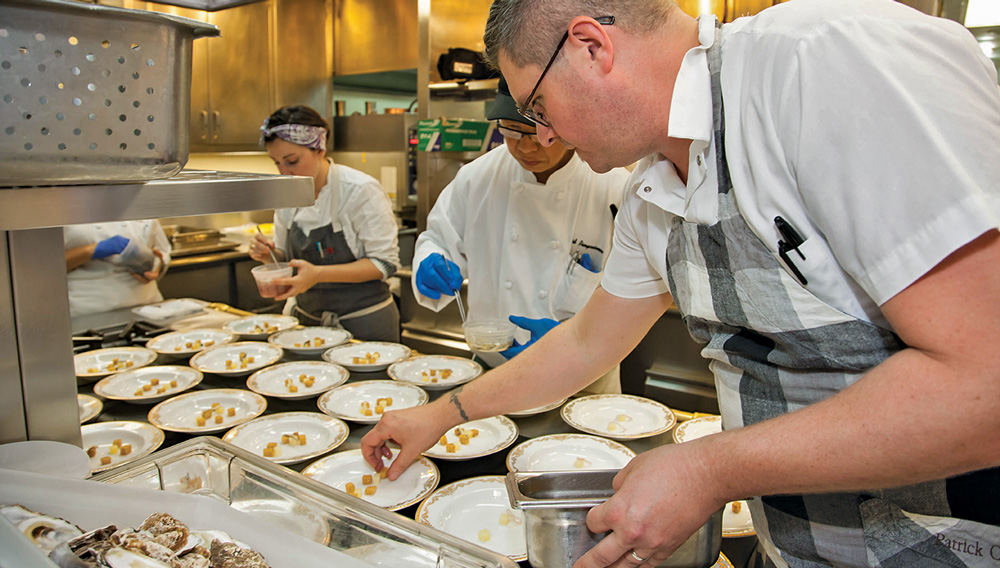 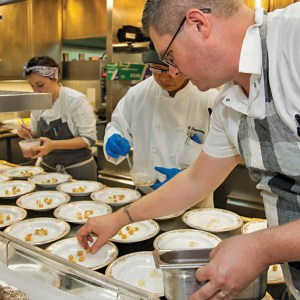 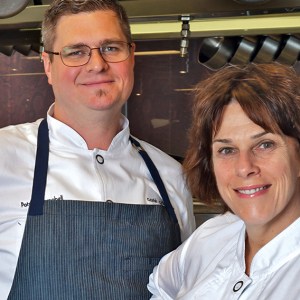 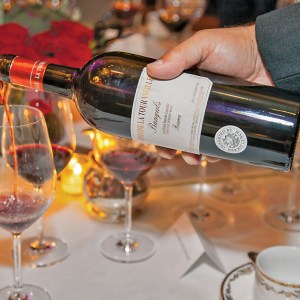 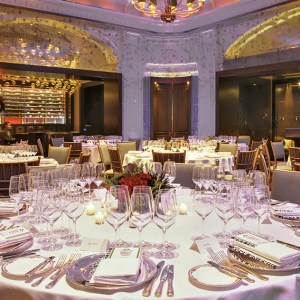 Barbara Lynch salutes Patrick Campbell’s refreshing way with the bounty of New England and the tenets of fine dining.

Barbara Lynch—a largely self-taught cook from the South Boston projects who went on to become the city’s doyenne of fine dining—stepped to the podium at the St. Regis New York. She clearly savored the moment, but the focus of the evening was on a chef other than herself: her Robb Report Culinary Masters Competition nominee for the best rising culinary talent in New England, Patrick Campbell. “From the day he walked in looking for a job, he was brimming with passion for great food,” Lynch said, and with that, Campbell emerged from the kitchen, clad in his signature checkered apron. Their mutual admiration was apparent.

After starting his career in suburban restaurants north of Boston, Campbell went to work for Lynch at No. 9 Park restaurant on Beacon Hill in 2005. He learned Lynch’s signature dishes by heart, particularly the prune gnocchi with foie gras sauce—her most requested recipe. In 2008, Lynch promoted Campbell to chef de cuisine, entrusting the reputation of No. 9 Park to his hands as she focused on developing a new dining complex on the South Boston Waterfront. In a single building, she expanded her French-Italian balancing act with Sportello, a diner-style restaurant serving bowls of homemade pasta, and a craft-cocktail bar called Drink. Two years later, she opened the fine-dining establishment Menton to universal acclaim.

“It was an incredibly busy time for her, and she gave me tremendous creative freedom at No. 9,” Campbell says. Once Lynch’s new project took wing, Campbell struck out on his own. He left No. 9 Park to oversee the brasserie fare at Eastern Standard and then, on Halloween 2014, he opened his own restaurant: Café ArtScience in Kendall Square, the hip heart of Cambridge’s biotech, robotics, and web sectors. David Edwards, a professor of biomedical engineering at Harvard and the restaurant’s founder and co-owner, ensured that innovative technology was part of the mix—including vaporized drinks to be inhaled. But Campbell anchored the cuisine in a sprightly remix of local, seasonal ingredients, classical technique, and imaginative combinations. He graces roasted pumpkin soup with a fritter filled with goat cheese and inky huitlacoche, or pairs Peking duck with fried sushi rice, native beets, and wild Maine blueberries.

“I could eat Patrick’s food every night,” says Lynch. “That’s why I selected him for this competition. I think he’s brilliant.”

The high point of Patrick Campbell’s menu was a skillful mélange of dark flavors presaging the autumn dining season. Campbell treated breast of squab as a crépinette, rolling it in a thin membrane of caul fat and roasting it medium rare to make a fork-tender morsel. He presented the succulent braised squab leg on the bone, inviting diners to pick it up and nibble the rich meat. A bed of chopped celeriac provided an herbal base, while sautéed diced Ginger Gold apples and a roasted cap of a matsutake, or pine mushroom, added sweetness, texture, and spice. A final flurry of shaved Italian white truffles—the first of the season—brought an irresistible earthy finish.

PATRICK CAMPBELL: As a young cook, I spent as much time as I could eating around the city at high-end restaurants. Hands down, No. 9 Park was the best meal I had and the restaurant that I most identified with. I wanted to work there.

BARBARA LYNCH: I was attracted to your passion and, as you grew in the company, you became an amazing leader. You really mentored a lot of cooks.

PC: I think I spent the majority of my time at No. 9 making prune gnocchi. [Lynch laughs.] I don’t think you could find a more eloquent way to represent Barbara and her restaurant. It’s a prime example of drawing from both French and Italian food, which is also a big part of what I do.

BL: Your cooking has both exacting technique and real heart. It’s clear that you adore French cuisine, but you add interesting personal touches that reveal a mastery of Italian cooking and your New England roots. Your roast chicken developed a cult following almost immediately—it’s that good. And your potato tart is unbelievable. It’s both rustic and refined and so utterly delicious: mashed potatoes mixed with grated Comté cheese served in a buttery, flaky pastry crust and topped with truffles. I love that you don’t shy away from unapologetically rich and layered flavors rooted in the classics. You make them seem right at home in a space that celebrates science and innovation.

PC: For the Culinary Masters dinner, I wrote the menu to showcase my strengths as well as products that I love to work with. I believe in providing a well-rounded, progressive dining experience, which is why I started with mostly raw canapés before moving onto the charcuterie of rabbit. Rabbit is probably my favorite protein, and I wanted to show its versatility in a composed first course.

The artichoke soup has been a guest favorite every time I put it on the menu, and enjoying artichokes in a soup is pretty novel for most diners. The langoustine ravioli was meant to show how much your pasta influenced me. I feel like it really showcases the fine line that we walked at No. 9 Park between French and Italian food. It’s very indulgent and luxurious but has a very simple flavor profile. With the duo of squab, I wanted to show some technique, while I wanted to keep the dessert [chocolate–peanut butter pie and curried coconut panna cotta] a little savory and spicy. I’m not a fan of overly sweet deserts.

BL: What I loved about your dinner was that even though I gave you suggestions, you stuck to what you knew and what was comfortable. You have your style now.

PC: I’d characterize my food as ingredient-driven simplicity, and I learned a lot of that working with you. I think Boston is the best city in the world for a chef. We have some of the best from both land and sea.

BL:  The signature dish now at Menton is butter soup: butter, shellfish, caviar, milk, and honey. I’m a New Englander, so I think we’re spoiled with shellfish—we have pasta on the menu, but I never let go of my roots. Everyone is basically eating farm-to-table, and the closer you can source your products, the better.

PC: I think that farm-to-table is not really a food trend anymore—it’s an expectation for a quality restaurant.

BL: Yes, but I think what will go away is the tasting menu. That has just gone out of control. A lot of people don’t want to sit four and a half hours. People still love fine dining, but it’s not just about the food.

PC: There has been an explosion of restaurant openings in Boston in the last two or three years. A lot of them are doing great stuff, but everyone has forgotten the formality of dinner. The service is very casual and the food just hits the table whenever it’s ready. For me, it’s a shame to see proper service go away. It’s not that I ever want to feel like I can’t speak over a certain volume or I can’t enjoy myself. But I do hope that professionalism will become a trend again, and that people stop wearing plaids to serve me my bread course.