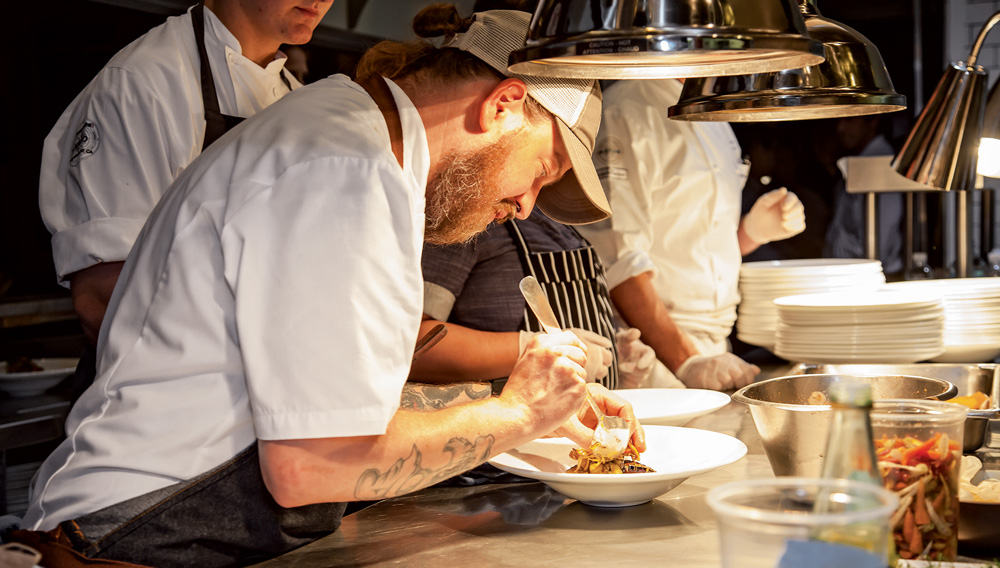 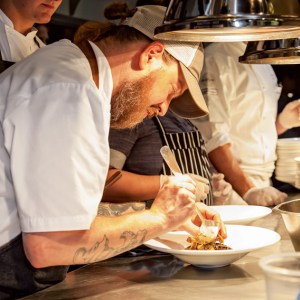 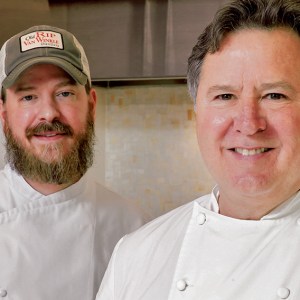 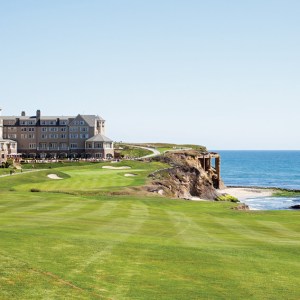 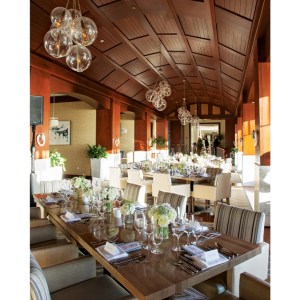 Norman Van Aken, who influenced a generation of chefs in Miami, singles out Phillip Bryant as the talent who points the way toward the future.

When Phillip Bryant assembled his kitchen team for the Culinary Masters Competition, he did not have to look far. His sous chefs were Veronica Valdivia—his girlfriend and the director of operations at their Coral Gables restaurant, the Local: Craft Food and Drink—and Michael Bryant, his older brother and the chef at the Larchmont in Los Angeles. Norman Van Aken may have nominated Phillip as the most promising culinary talent in the Southeast, but he has been a mentor to all three of them.

Van Aken is, of course, the father of New World cuisine, a style he created in the 1980s by synthesizing the culinary scene of South Florida—with its Latin, Caribbean, Southern, Asian, and African influences—in what he called fusion, creating signature dishes such as pork Havana. His cooking came into its own at the original Norman’s restaurant in Coral Gables. Today, Norman’s is located in the Ritz-Carlton in Orlando, but Van Aken remains a key part of the Miami dining scene: Not only does he broadcast a twice-weekly food show on the city’s NPR affiliate, but he is preparing to open a cooking school there later this year.

Bryant, who grew up in rural Virginia, met Van Aken when brother Michael hired him as a line cook at Norman’s Los Angeles. Van Aken was impressed with Phillip’s intensity and intellect and promoted him to run the kitchens at Van Aken establishments in Florida, which is where the young chef met Valdivia. Bryant eventually moved on to Yardbird Southern Table & Bar and became the executive chef of the Local in 2014. There he creates soulful food from scratch, making even his own hot sauce, butter, vinegar, mustard, and American cheese.

Though his cooking is very different from Van Aken’s, his mentor’s influence is evident in the way Bryant effortlessly interprets classic Southeastern fare with touches from around the world. For his Culinary Masters Competition dinner at the Ritz-Carlton in Half Moon Bay, Calif., he seamlessly transitioned from an elegantly perfect terrine of foie gras (marbled with red-bell-pepper ash and served with Sally Lunn bread, spiced applesauce, and a black-tea reduction) to earthy Southern fare in the form of a Brunswick stew elevated with a broth as deep and rich as a demi-glace.

“His cuisine has refinement and historical appreciation,” Van Aken says. “When he cooks for me, he takes me to a place where there is a kind of Faulknerian honesty.”

“I’m a firm believer in hitting them hard right out of the gate,” Phillip Bryant says, and his first course did exactly that: The foie-gras terrine, striated with red-bell-pepper ash, beguiled judges and garnered the top scores of the night. Bryant underlined the subtle char of the pepper with a drizzle of black-tea reduction, and instead of the usual toasted brioche, he served the foie gras with cubes of griddled Sally Lunn, a yeasty, buttery bread that goes back to colonial Virginia. Dabs of spiced apple butter and “bread ’n’ butter” pickled lychee completed a luscious and surprising dish that wore its lineage lightly.

NORMAN VAN AKEN: Phil’s older brother Michael was with me at the original Norman’s in Coral Gables, and when we opened up Norman’s Los Angeles on the Sunset Strip, we raised Mike up to executive sous chef, and he went out there. One day I was visiting, and Mike said, “I would like you to meet our new line cook—Phil Bryant.” What were you, 19?

NVA: He had the hair down to his shoulders, and he was a little bit ahead of the curve tattoo-wise, for me anyway. I was like, wow, your little brother, huh? Looks like quite a hell-raiser. Let’s see how he does. But you came up the ranks, too—you have that passion. And when I started a project back in Florida, I asked if you wanted to come to Key West. I’m proud of you. I’m happy to see your continued growth and ascension.

PB: The first time I met you—I can tell my story now—was the first time I ever met a real-deal chef. I went in to the walk-in to grab something, and you were there, just doing your usual thing, inspecting the produce. You turned and looked at me, and I got scared and ran away! But as I got to know you, I realized you’re a humble guy who got everything through hard work and talent and ingenuity. You showed me that I can do it too, and that this is the right path for me. The hardest part of the competition menu was locking down a dish that would be an homage to one of your dishes—there were so many I loved making at Norman’s. We finally settled on pork Havana.

NVA: It is a dish that’s emblematic of the Cuban community and how it celebrates its unique spirit, both in Cuba and the United States. It was fascinating to see you express pork Havana in your own way.

PB: Instead of a tenderloin, I used a pork collar—a European cut that’s typically called a coppa and is a little more marbled. And instead of baked Haitian-style grits, I used a staple of the South: rice grits, or rice middlings, as they’re called. The middlings come about as you’re milling the rice: As you’re coming out with these perfectly polished grains, you get little pieces that end up cracked or imperfect. They were set aside and pretty much became the food of poor people. But it is a great product; more of the starch gets brought out when you cook it, and it gets this creamy texture. And I think it’s the story of where a lot of Southern food comes from. It doesn’t come from the big houses and the aristocrats and things like that. It’s a food almost of struggle and suffering.

NVA: I think the rice middlings were also a notch less filling, and it made the dish even better.

PB: The second course—Brunswick stew—was also something I grew up eating in and around Virginia. It’s one of my favorite things to eat—one of the dishes, as the saying goes, you can really put your foot in. It’s a hunter-style soup made out of small-game meat. Traditionally, it’s rabbit and sometimes squirrel—

NVA: I didn’t see any squirrels running around in San Francisco, so we had to opt out of that one.

PB: We did not opt for squirrel, but we gently braised the rabbit and used that liquid as the base for a rich broth. We fortified that with a dark roux, which has a very caramel-mocha flavor to it, dark nuances that really develop the wholeness of a sauce. Then we finished it off with some dry sherry and garnished the dish with a simple chicken sausage and a succotash of Appalachian sour corn, tomatoes, and butterbeans, and pickled okra and star-anise jus. It’s fun to take a classic dish and reinvent it but at the same time not lose the soul behind the dish. You know—that feeling you get when you first taste it. You don’t want to lose that. A lot of times, when people try to reinterpret a dish, they end up losing that.

PB: That’s one of the main things I learned from you—besides structure and the technique and everything else. When you cook something, it’s got to be damn good. Hopefully we accomplished that too.

NVA: Your food is honest and powerful; it’s real, and it’s well-thought-out. Sometimes when you are that honest, it can take a while for you to be noticed. That’s one of the frailties of our culture—people have to be weird and ornate to be looked at, but that’s not long lasting. You are about the long run. You’re a cook’s cook, a chef’s chef. You would rather be in the kitchen than anywhere else in the world, because that’s where your heart is beating most of the rhythm.

PB: Thanks, chef. But I am a little weird and ornate, too.