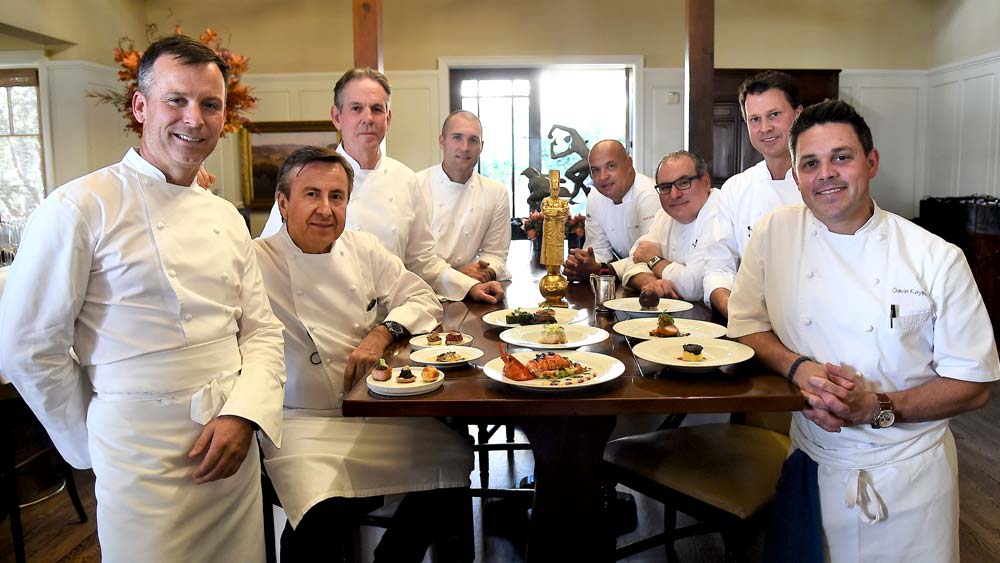 In what has become an annual tradition, this September some of the country’s best chefs will gather at a picturesque resort for a couple of days of outstanding dining and golfing—but the best part is you can join them.

At the Fairmont Grand Del Mar golf resort and spa in San Diego, those chefs will be joined by two recently announced James Beard Award winners: Dominique Crenn, winner of the Foundation’s Best Chef West and the current chef-owner of the Michelin two-star Atelier Crenn in San Francisco; and Gavin Kaysen, winner of Best Chef Midwest and the current chef-owner of Bellecour and Spoon and Stable in Minneapolis. Kaysen’s newest restaurant, Bellecour, was named one of our 10 best new restaurants in the country.

Chef Paul Bartolotta, two-time James Beard Award winner and a co-owner of the Bartolotta Restaurants; Josiah Citrin, two-star Michelin chef and owner of Mélisse and Charcoal Venice; and Ming Tsai, James Beard Award–winning chef-owner of Blue Dragon in Boston and the Emmy Award–winning host of PBS’s Simply Ming, round out the roster confirmed for the 2018 Culinary Masters.

The weekend kicks off Saturday, September 22, with a gala dinner at Addison, where the eight assembled chefs will team up to create a memorable multicourse meal. The evening’s courses will be perfectly paired with world-class wines, and a live and silent auction will follow, with proceeds benefiting Ment’or BKB Foundation—founded by Keller, Bocuse, and Daniel Boulud—which works to inspire culinary excellence in young professionals and preserve the traditions and quality of cuisine in the United States. Last year’s Culinary Masters auction raised $200,000, which provided fully paid internships to young cooks and facilitated the selection and training of the most promising young chefs to make up the Bocuse d’Or Team USA. Team USA looks to reclaim the gold medal in January after their history-making performance in 2017, when for the first time ever Team USA took top prize.

On Sunday, chefs and guests will take to the stunning Tom Fazio–designed golf course at the Grand Del Mar’s Grand Golf Club for a friendly tournament. Those who prefer to cook rather than chip can partake in a hands-on cooking class with master chef Paul Bartolotta and Urbani Truffles. A casual dinner will round out the day’s festivities, with an awards ceremony celebrating the golfers’ accomplishments from earlier in the afternoon. The weekend concludes with a brunch Monday morning. Culinary Masters tickets are available now for the whole weekend, with accommodations at the Grand Del Mar included, or for just the gala dinner on Saturday night.