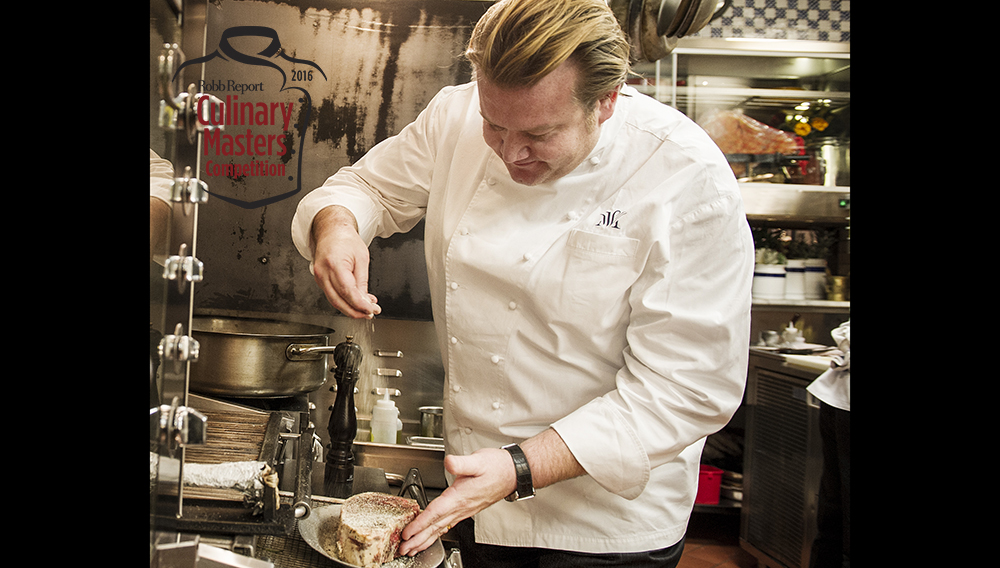 Chef Michael White’s refined, yet soulful style of Italian cuisine evolved from a surprising scenario: Raised in Beloit, Wisconsin, White was injured playing high-school football and decided to take up cooking instead. He invested very quickly in this career move, enrolling in Chicago’s Kendall Culinary Institute and then securing a position at one of the city’s top dining establishments, Spiaggia. At age 21 he traveled to Italy and again made a major commitment: He lived there for seven years, mastering the craft of pasta making at the acclaimed San Domenico in Imola.

Upon his return to the United States in 2001, White became the chef de cuisine at his former training ground, Spiaggia, before migrating to New York City and becoming the executive chef at Fiamma Osteria in SoHo. There he gained instant acclaim for exceptional pastas such as raviolini stuffed with braised veal shank and broad ribbons of spinach pasta with braised rabbit Bolognese. One of the restaurant’s regular patrons, Ahmass Fakahany, became White’s business partner; together, as the Altamarea Group, they went on to launch 16 restaurants, including in 2009 the highly decorated Marea on Central Park South. The restaurant, White’s opulent take on the food of coastal Italy, garnered three stars from the New York Times and now holds two Michelin stars in addition to a Best New Restaurant award from GQ magazine and inclusion in Relais & Châteaux. In 2010, Marea received the James Beard Award for Best New Restaurant in the country, the same year that White was named one of the 40 Most Influential New Yorkers Under 40 by Crain’s New York Business.

Fueled by a vast crudo menu and runaway hits such as fusilli with red-wine-braised octopus and bone marrow, Marea’s success opened the door for locations such as Osteria Morini in downtown Manhattan and Ai Fiori in midtown, which received three stars from the New York Times as well as one Michelin star and a nod from Zagat as the 2012 No. 1 New Restaurant in New York City. Soon, White’s bold interpretation of Italy was all over the city: Nicoletta pizzeria in the East Village, Costata steak house in Soho, the Butterfly cocktail bar and supper club in Tribeca, and Ristorante Morini on the Upper East Side. And the expansion is not limited by New York City’s borders. In 2011 the Altamarea Group opened Al Molo in Hong Kong, followed by Chop Shop in London and Morini in Istanbul in 2013, the year White released his second cookbook, Classico e Moderno, written with Andrew Friedman and with a foreword by Thomas Keller. More recently, the Altamarea Group took over the food and beverage operations at the Bedford Post Inn, a historic eight-room luxury Relais & Châteaux property set in the woods of Westchester County.