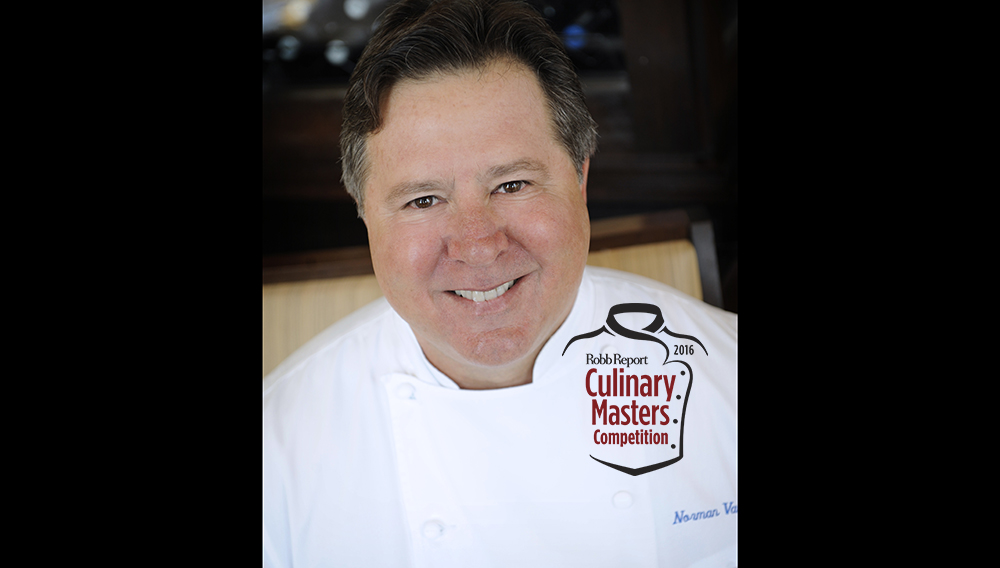 Charlie Trotter once described the chef, author, and NPR radio-show host Norman Van Aken as “the Walt Whitman of American Cuisine.” Critically praised for his trailblazing menus, the self-taught chef is recognized worldwide for his unique manner of merging Latin, Caribbean, Asian, African, and American flavors, and he has been on the prestigious James Beard list of Who’s Who in American Food & Beverage since 2003.

Born and raised in Illinois, Van Aken traveled the country as a young man, taking up odd jobs until he arrived in Key West in 1973. The Midwesterner was drawn to the sun-drenched scene of South Florida and seduced by its exotic spices and tropical produce: plantains, yucca, papaya, mango. As he worked in various kitchens in the area, such as Louie’s Backyard, Van Aken refined his techniques on the job without formal training. He realized that only a convergence—or fusion—of flavors can accurately express the immigrant traditions and influences of that region he identified with—and of a new form of American cuisine as a whole. In the late 1980s at Van Aken’s first restaurant as an owner, Mira, the menu expressed that philosophy with dishes such as chili-spiked veal adobo in a sherry-wine-vinegar reduction with pickled corn relish and tortillas.

Van Aken’s concept expanded as he opened new locations, including Norman’s in Coral Gables, which gained accolades from the New York Times and was named Best Restaurant in Miami by Food & Wine. In 2006, he was honored as one of the Founders of the New American Cuisine, alongside Alice Waters, Paul Prudhomme, and Mark Miller at the Madrid Fusión International Gastronomic Summit. Today, Norman’s is located at the Ritz-Carlton Orlando, Grande Lakes, where the menu offers the chef’s signature Pork Havana—a “21st-century mole” with smoky plantain crema, golden grits, and a black-bean, sweet-corn salsa—and a creamy Brazilian-style cracked conch chowder with saffron, orange, and star anise.

Van Aken is the author of five cookbooks: Feast of Sunlight (1988); The Great Exotic Fruit Book (1995); Norman’s New World Cuisine (1997); New World Kitchen (2003); and My Key West Kitchen (2012), the latter of which he wrote with his son Justin. In 2013 he published a memoir recounting the years leading up to his success, No Experience Necessary: The Culinary Odyssey of Chef Norman Van Aken, which was nominated for the IACP/Julia Child Award. His next book, scheduled for 2016, is My Florida Kitchen, written in collaboration with his wife, Janet Van Aken. He hosts A Word on Food, a biweekly radio program on Miami’s NPR affiliate.

The Ritz-Carlton, Half Moon Bay