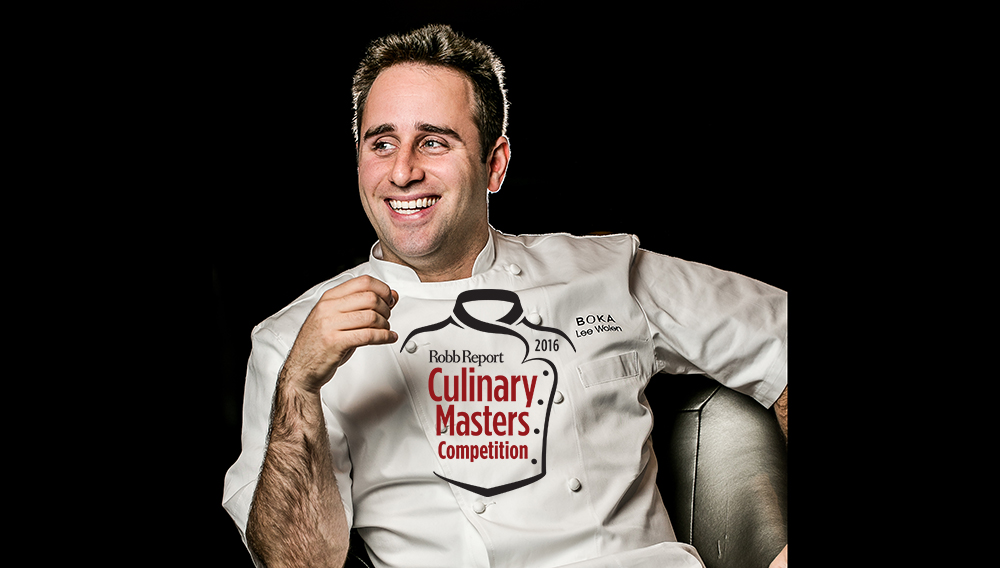 Lee Wolen’s menu at Boka in Chicago’s Lincoln Park is often characterized as “approachable”—an unusually subdued descriptor considering the Chicago Tribune named Wolen as the 2014 Chef of the Year. Yet the allure of Wolen’s cuisine relies less on offbeat ingredients and preparations than the wonder he is able to draw from the familiar. The succulent roasted chicken, for instance, stuffed with lemon-thyme brioche under its crisp skin, drew raves from critics who were astonished by its unpretentious elegance and deliciousness.

Wolen is a native Midwesterner, born and raised in Cleveland, where he attended a vocational culinary school during high school and quickly decided to pursue a profession in the kitchen. Early in his career, Wolen worked at Chicago’s Moto and at Butter, before going abroad to refine his skills at Le Manoir aux Quat’Saisons in England and El Bulli in Spain. When he returned to the states, Wolen spent three years as sous chef at Eleven Madison Park in New York, during which the restaurant achieved a coveted four-star rating from the New York Times, multiple Michelin stars, and a top-10 ranking in San Pellegrino’s World’s 50 Best Restaurants list.

Returning to his Chicago roots, Wolen’s career flourished in 2012 when he joined the Lobby at the Peninsula Chicago as chef de cuisine, the same hotel where master chef Curtis Duffy made his mark at Avenues. Under Wolen’s direction, Time Out Chicago awarded the Lobby with a perfect five-star rating.

In January 2014, Wolen joined Boka Restaurant as executive chef and partner, revamping the menu after the Boka Restaurant Group’s flagship property underwent a remarkable month-long renovation. The collaboration was a long time coming: Wolen had impressed owners Rob Katz and Kevin Boehm when they initially met in the kitchen at Eleven Madison Park. Standouts include delicate brandade ravioli; an heirloom carrot salad with pistachios, amaranth, and smoked goat cheese; and grilled Spanish octopus in broth. In addition to the Tribune’s accolades, Wolen has earned a Michelin star of his own and his restaurant was named the 2015 Restaurant of the Year at Chicago’s coveted Jean Banchet Awards.