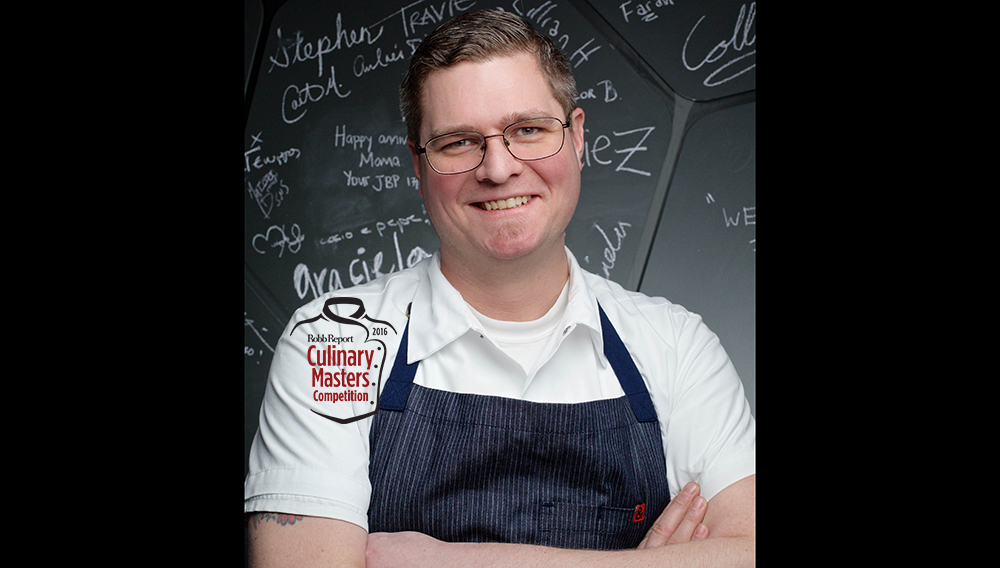 Even as a youngster, Patrick Campbell could not deny his attraction to the fundamental pleasures of food. The scent of the freshly baked baguettes and the taste of the rich, aromatic soups he encountered at age 3 on a family vacation at a French resort in the Bahamas still live on in his memory. That fascination with flavor and aroma would eventually drive the Massachusetts native to study at the Cambridge School of Culinary Arts while learning the ropes at kitchens on Boston’s North Shore.

In the summer of 2005, Campbell was hired on as a line cook at chef Barbara Lynch’s original restaurant, No. 9 Park. It would become his launching pad. There, mentored by Lynch and calling upon his innate palate, Campbell began to shape his cooking philosophy: Treat food with integrity, take inspiration from those who produce the ingredients, and put care into the work. With his creative and playful flair, he quickly rose through the ranks, taking control as No. 9 Park’s chef de cuisine in 2008. As the head of one of Boston’s most ambitious kitchens, Campbell refined his style, developing interesting and approachable food while maintaining the highest level of execution, technique, and hospitality.

After eight years at No. 9 Park, Campbell accepted a position as executive chef for Eastern Standard Kitchen & Drinks, a bustling eatery in Kenmore Square. But soon he seized the opportunity to open his own restaurant, Café ArtScience. In an area of historic Cambridge nicknamed Technology Square for its association with the biotech industry and proximity to MIT, Café ArtScience aims to pique the intellect as well as the taste buds. The team behind this high-design venture is as inventive as the concept: Campbell’s cofounder is the biomedical engineer and Harvard University professor David Edwards. Campbell traveled to Paris in preparation for the project, immersing himself in the culture and translating what he learned into an exploratory menu that embraces local, seasonal ingredients. His hearty mains range from roasted Giannone Farms chicken with Burgundian escargot, stinging-nettle dumpling, and braised bacon to rabbit loin stuffed with a liver-and-mushroom mousse, braised rabbit leg, huitlacoche agnolotti, and red mole. The restaurant also occasionally shares Edwards’s fanciful innovations, such as a drink vaporizer and a device that can send a scent via text. Earlier this year, the culinary website StarChefs.com named Campbell a Rising Star alongside his Café ArtScience peer, pastry chef Renae Connolly.