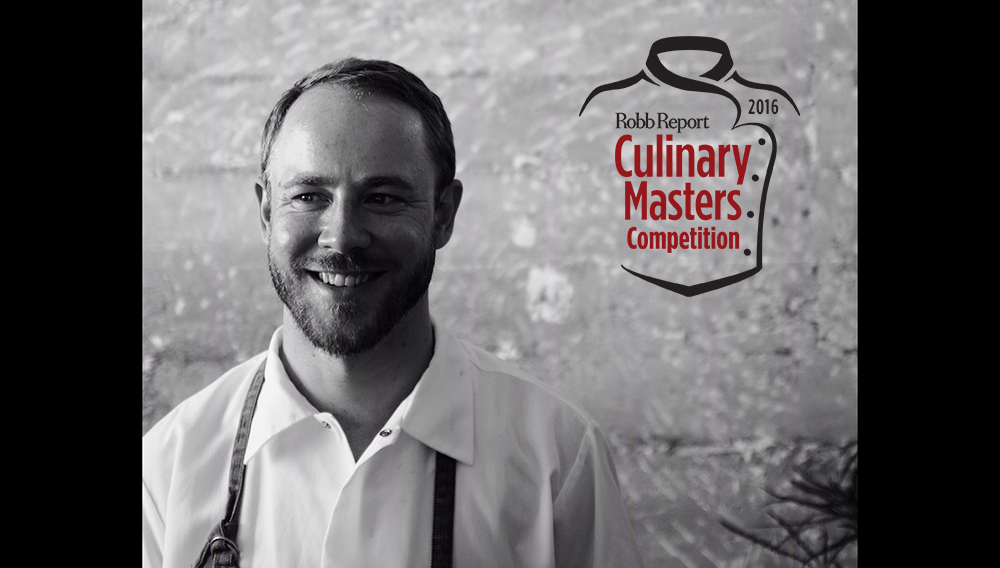 John Becker is the chef de cuisine at the Progress, the highly anticipated follow-up to San Francisco’s groundbreaking restaurant State Bird Provisions. Opened last December in a former theater on Fillmore Street, the Progress expands on State Bird’s “American dim sum” concept: At the Progress—which is also owned by the chefs Stuart Brioza and Nicole Krasinski—each course is ordered by the entire table and served banquet style, like a dinner party. The menu is a collaborative effort, but Becker’s eclectic influence shines through in eye-opening dishes that leverage California’s bounty of ingredients. The “everything” roti, for instance, is topped with smoked-onion soubise, vinegar-tinged crème fraîche, balsamic roasted onions, pickled summer squash, and dill; while razor clams a la plancha with oyster–kimchi piccata are finished in a sauce of kimchi juice, fermented turnips, radishes, cucumber, and butter. Another Becker creation, “treasure chest” soup, combines fermented sausage, trout quenelles, and sweet-onion rice dumplings in a creamy pork broth.

Becker was born and raised in nearby Half Moon Bay, and while he started out in San Francisco at Nancy Oakes’s Boulevard, he has spent the bulk of his professional career in New York City. When he moved there in 2005, he sought exposure and the chance to hone his culinary skills—and he got exactly that when he began cooking at Alain Ducasse at the Essex House and then at the now-shuttered Gilt at the New York Palace hotel.

In 2010 he joined Ai Fiori upon its opening; as a sous chef, he studied master chef Michael White’s modern and refined interpretations of traditional Italian dishes. Within a year Becker became the executive sous chef, and his success there carried him to support a number of White’s other properties. In addition to overseeing sous chefs at Osteria Morini and other restaurants, Becker became the opening chef at Chop Shop in London, where he collaborated with White on the menu, hired and trained the chef and staff, and helped to get the restaurant off the ground.

Becker’s flair for jump-starting restaurants temporarily brought him back to San Francisco when his friend chef Ravi Kapur called on him to help open Prospect in the South of Market district. He befriended Brioza and Krasinski, and Brioza soon called on him to help with New York events. They talked about ultimately working together—and that finally happened with the Progress.

The offbeat format of the Progress allows Becker’s creativity to flourish, and in February, the San Francisco Chronicle awarded it three stars. “I’d like to be recognized for cooking delicious, generous, pure, thoughtful food,” Becker says. “I try cook and live with an open heart and mind.”