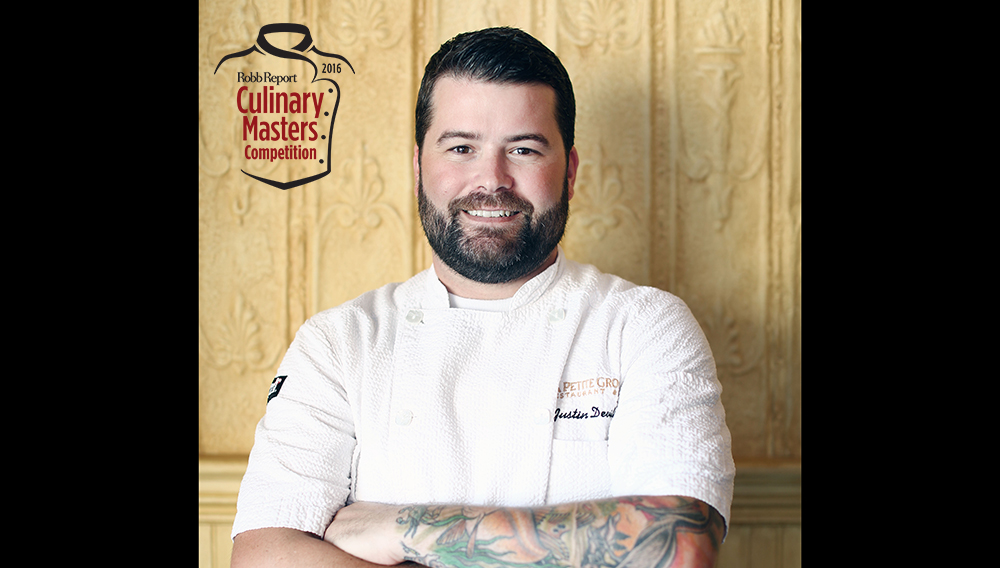 Growing up in the beachside community of Dana Point, Calif., Justin Devillier spent blithe summers on the Pacific fishing for yellowtail and albacore; in the fall and winter he would dive for lobsters just steps from his front door. Today, Devillier’s love of the catch has developed into a lifelong exploration of preparing it—particularly in the kitchens of New Orleans. His first establishment, La Petite Grocery, at a century-old Creole cottage in the city’s charming Garden District, has become recognized statewide for its fresh and fluffy blue-crab beignets. He is also known for his preparations of game: At the newly opened Balise, he serves tender venison tartare with buttery rye breadcrumbs, dill mayonnaise, and horseradish.

Devillier, whose family has roots in Louisiana dating back to the 1700s, moved to New Orleans in 2003. Upon arrival he worked at Bacco and Stella!, but his eyes opened wide when he entered the kitchen of chef Anne Kearney-Sand  at Peristyle, where he was initiated into the intricacies of French cuisine. In 2004, when Devillier joined the team at La Petite Grocery, then led by owner and executive chef Anton Schulte, he came into his own by polishing his consistency and technique, particularly in his role helping to restructure the restaurant after Hurricane Katrina.

Devillier took over the kitchen as executive chef in 2007, and in 2010 he and his wife, Mia, became majority investors in the business. The couple revised the decor, taking inspiration from the building’s history. The menu reflects the chef’s signature twists on local favorites, including a rich turtle Bolognese topped with an egg that has been poached then deep-fried. Devillier was named the 2014 Chef of the Year by New Orleans Magazine, and has been nominated for the James Beard Foundation’s award for Best Chef: South for the last four years.

Early in 2015, Devillier opened his second restaurant, Balise, in an 1830s townhouse in New Orleans’s downtown Warehouse District, with a seafood-heavy Gulf Coast menu inspired by the city’s shipping past. Yellowfin tuna is prepared with whole-grain mustard and egg yolk in an open kitchen, along with other cold plates. This fresh approach takes Devillier straight back to his childhood on the water; in his free time nowadays, he still can be found fishing, hunting, or at the beach with his wife and two young daughters.