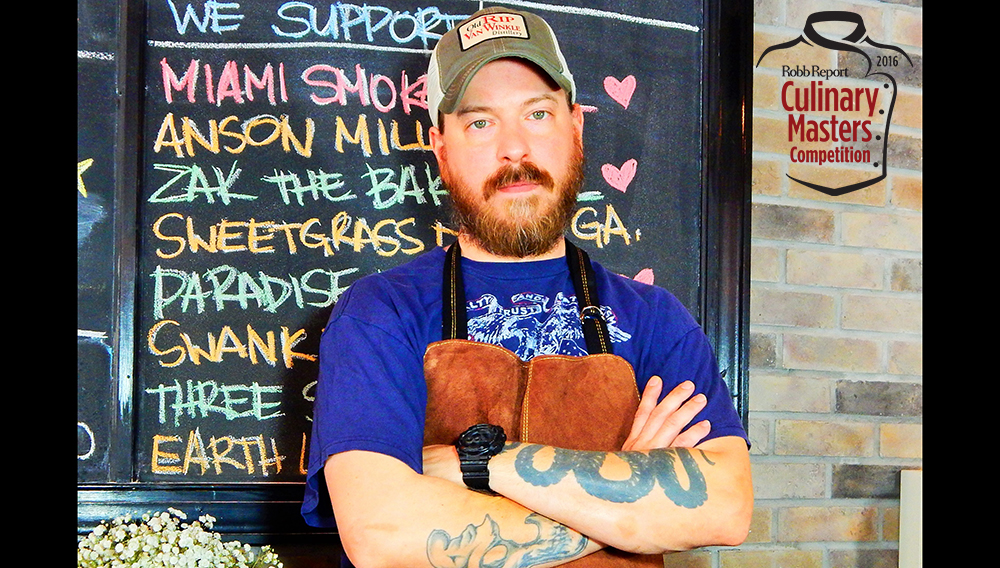 Phillip Bryant was raised in rural Stafford, Va., in a household where canning and pickling came as naturally as climbing the trees in the orchards. His first steps into the culinary profession immersed him in Richmond’s restaurant scene. But in 2005, Bryant honed his skills by moving West and training with chef Norman Van Aken at Norman’s on Sunset Boulevard in Los Angeles. Bryant impressed the master chef with his diligence, working through every station until he was promoted to sous chef.

Two years later, Bryant followed his mentor to Key West, Fla., and became executive sous chef at Van Aken’s Tavern N’ Town. There, Bryant fell in love with the cornucopia of Latin ingredients that pervade the region and mastered Van Aken’s signature New World cuisine. Soon Bryant moved on to Miami, where he led the kitchen at Norman’s 180 as executive chef.

Ready to reconnect with his roots, Bryant took on the challenge of a new restaurant concept in South Beach, Yardbird Southern Table & Bar, where he joined as chef de cuisine under executive chef Jeff McInnis. The venture swiftly gained notoriety for dishes such as slow-braised short-rib meat loaf with smoked onion-bourbon jus. Bryant next stepped up as executive chef at Swine Southern Table & Bar in Coral Gables, developing an intriguing menu that elevated New Southern cuisine, including spiced Florida shrimp and grits with crisp Virginia ham in a tomato gravy, and cider-brined grilled pork loin over brown-butter sweet-potato mousse. Zagat named Bryant a Southern Chef to Watch for Swine’s “focus on all things pork and its influences from a variety of cuisines.”

Today, Bryant is executive chef of The Local: Craft Food & Drink, a quaint spot in Coral Gables with a dedicated following. Bryant’s time spent in kitchens from coast to coast comes together in an evolving, inventive menu that defies boundaries and reflects his true spirit. The chef draws upon the scratch cooking of his youth to make his own butter and American cheese, for instance, and his diverse tastes and techniques result in surprising plates such as pulled-pork buttered congee with smoked bacon and peanut XO sauce, or a reworked katsuobushi—the Japanese technique of drying, fermenting, and smoking fish—that uses mushrooms stems. Bryant has also begun collecting his recipes, past and present, to begin his first cookbook.

The Ritz-Carlton, Half Moon Bay