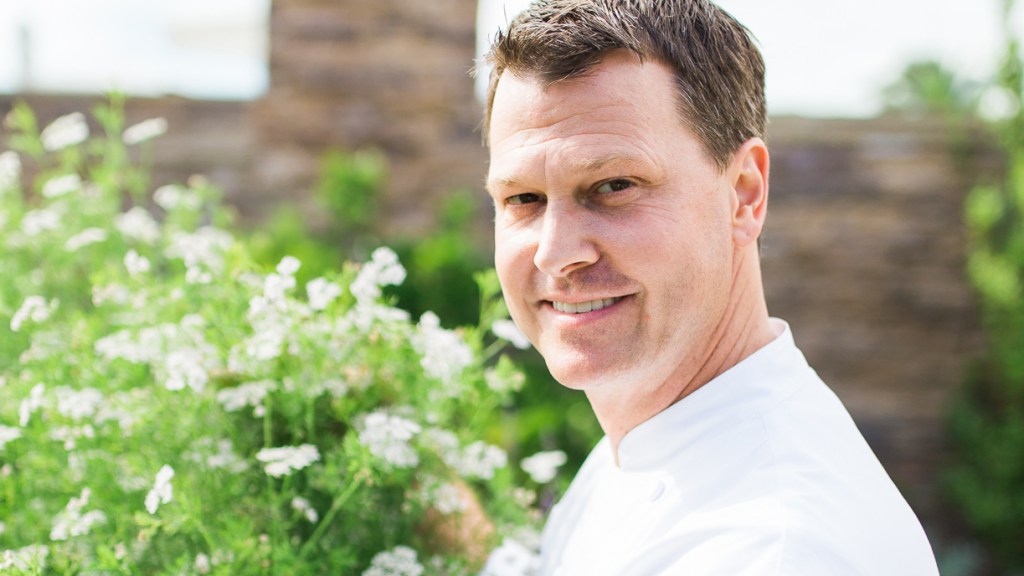 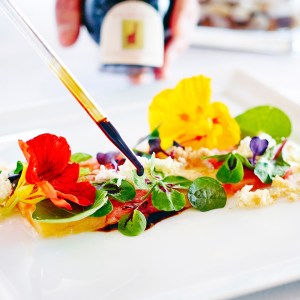 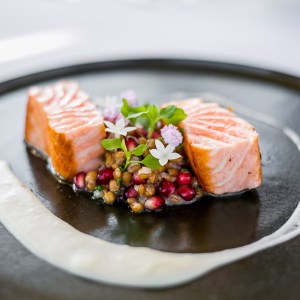 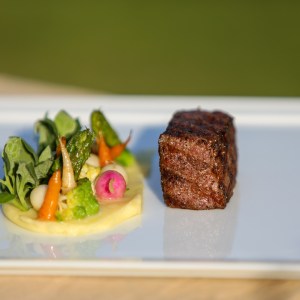 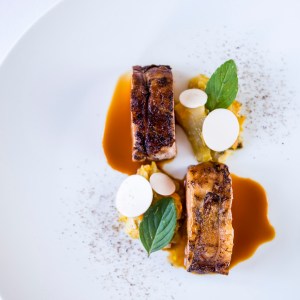 Earlier this year, celebrated chefs Thomas Keller, Daniel Boulud, and Jérôme Bocuse helped lead the U.S. team to its first-ever victory in the prestigious cooking competition Bocuse d’Or. On October 23, they’ll reunite along with rising stars in the culinary world to host 3 days of amazing food and golf at Robb Report’s Culinary Masters at Montage Laguna Beach in Southern California. As the event approaches, we want to introduce you to the chefs who will make this one of the premier dining getaways on the calendar this year. Today, we shine the spotlight on a chef who will welcome his fellow greats into his kitchen for Culinary Masters: Craig Strong of Studio at Montage Laguna Beach.

Farm-to-Table Is Nothing New

Growing up as one of eight kids in San Diego, Strong gained an early appreciation for food from his mother and grandmother, who cooked produce like tomatoes and zucchini straight from the family garden. His agricultural education didn’t stop there, though; Strong’s father was the president of a drip irrigation company, and Craig would head out around California to meet farmers with his dad.

At the age of 19, Strong set himself on a culinary career path when he went to study at L’Academie de Cuisine outside Washington D.C. His cooking took him around America, from Utah to Philadelphia to Atlanta, before he went abroad to Barcelona. While in Spain, he was able to explore the country’s rustic cuisine and flavors, eventually combining them with his refined French technique. But for a Southern California native who cares as much for great produce as Strong, there’s really only one place he can be, and that’s back in the land of sun, surf, and a bounty of fruits and vegetables.

Bringing the Farm to the Resort

Spending 8 years at what is now called the Langham Huntington in Pasadena, Strong led the resort’s restaurant to a Michelin star for two years running back when the guide still rated restaurants in the Los Angeles area. In 2009, he left his post to take over as the executive chef of Studio at Montage Laguna Beach. Since arriving, he’s made his mark on the restaurant, earning rave reviews from local and national press alike.

He’s also made his mark outside the restaurant too. Harkening back to the days when his family cooked from the garden growing up, he’s planted one on site at the resort, not just to harvest food to augment what vendors and foragers deliver to them, but to help his chefs better understand farmers and the produce they use.

Chefs and bartenders head out to the 1,000-square-foot raised-bed garden to gather from its bounty for dishes like a faux tartare made from beets on the current vegetarian tasting menu, or seared Maine scallops served with arugula from the garden and cactus pears foraged from the hills in Laguna Beach. This connection to the land combined with his French technique has made Studio an exciting dining destination, and a fitting host to this year’s Culinary Masters.