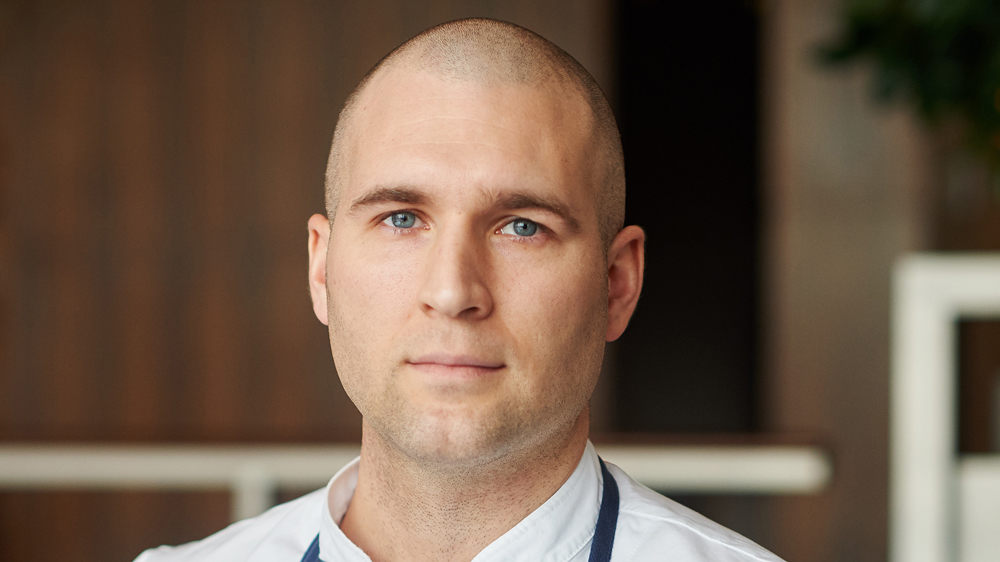 Earlier this year, celebrated chefs Thomas Keller, Daniel Boulud, and Jérôme Bocuse helped lead the U.S. team to its first-ever victory in the prestigious cooking competition Bocuse d’Or. On October 23, they’ll reunite along with rising stars in the culinary world to host 3 days of amazing food and golf at Robb Report’s Culinary Masters at Montage Laguna Beach in Southern California. As the event approaches, we want to introduce you to the chefs who will make this one of the premier dining getaways on the calendar this year. The chef who finally won gold for the United States at the Bocuse d’Or, Mathew Peters, will join his mentors at Montage Laguna Beach this fall.

Growing up in Meadville, Pennsylvania, before food media was as ubiquitous as it is today, TV still managed to inspire Peters to cook. Watching episodes of Great Chefs of the World, he became riveted with the show and began pursuing a career as a chef. After high school, he attended Le Cordon Bleu in Pittsburgh and then started his career at Ritz-Carlton in Naples, Florida. But America’s culinary mecca—New York City—was calling.

Upon arriving in New York, he took a job at Alain Ducasse’s Adour in the St. Regis New York before Thomas Keller’s Per Se hired him in 2009. Inside the kitchen, he ascended from commis to chef de partie and eventually to sous chef of the three-Michelin-starred restaurant. Not long after, Keller tapped Peters to relocate to his flagship, the French Laundry, to be a sous chef; eventually, Peters returned to Per Se in 2013 to accept a promotion to executive sous chef.

In 2015, Team U.S.A. held a competition in Las Vegas to determine who would represent the U.S. in the 2017 finals in Lyon, France. The team had just come off of its best-ever finish, with Phillip Tessier of the French Laundry taking home silver earlier in the year at the world’s culinary Olympics.

Peters entered the competition, facing off against Gerald Ford of Westchester Country Club, Brian Lockwood of The NoMad, and Angus McIntosh of the Broadmoor in Colorado. After 4 hours and 35 minutes of cooking, Peters prevailed. For the next year, he’d train for the world finals, where he’d need to create elaborate dishes for a chance to win.

At the finals this past January, competitors had to create an interpretation of a Lyonnaise classic, “Poulet de Bresse aux Écrevisses,” which is chicken and crayfish. They then had to prepare a vegan dish. With the assistance of his commis, Harrison Turone of Per Se, Peters cooked the meat dish along with morel mushroom sausage, lobster sauce, and foie gras. Their vegan entry was California asparagus with a green almond custard and lemon confit. The year of hard work paid off when they were announced the winners over Norway and Iceland. Now, with victory in hand, Peters won’t be returning to Napa or New York; instead, he’s planning to open a restaurant in Austin, Texas.