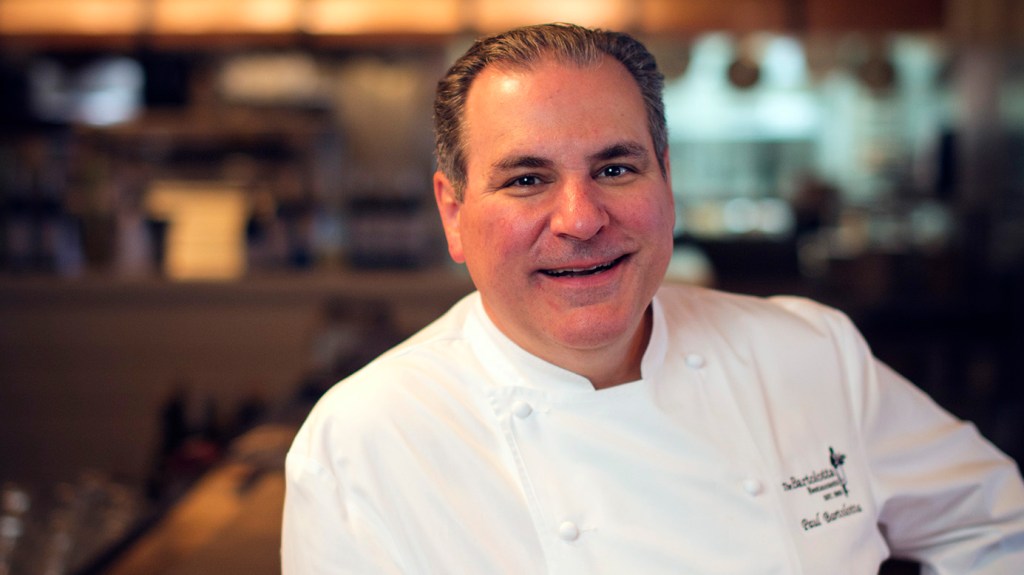 Earlier this year, celebrated chefs Thomas Keller, Daniel Boulud, and Jérôme Bocuse helped lead the U.S. team to its first-ever victory in the prestigious cooking competition Bocuse d’Or. On October 23, they’ll reunite along with rising stars in the culinary world to host 3 days of amazing food and golf at Robb Report’s Culinary Masters at Montage Laguna Beach in Southern California. As the event approaches, we want to introduce you to the chefs who will make this one of the premier dining getaways on the calendar this year. Today, we take a closer look at chef and restaurateur Paul Bartolotta.

An artisan, a two-time James Beard Award winner, and a self-professed free spirit rarely influenced by others, Paul Bartolotta gained an appreciation for good food from his traditional Italian family. Born and raised in Wisconsin, Bartolotta was drawn to the culinary scene at an early age. He worked in a scattering of Milwaukee restaurants before making the transition to New York City, eventually jumping the pond to explore European cuisine for 7 years.

He observed. He practiced. He perfected his skills. By the time Bartolotta returned to the U.S., his culinary prowess was in full swing, and he became the head chef at San Domenico NY. Though the restaurant received rave reviews, it wasn’t long before Bartolotta left New York for Chicago. It was there, in the Windy City, that he became head chef at Spiaggia and soon received his first James Beard Award for Best Chef: Midwest in 1994.

During this time, Bartolotta teamed up with his brother, Joe, and together they cofounded the Bartolotta Restaurants, a Milwaukee-based restaurant group. The family empire began to build. Over a decade passed before Bartolotta left Chicago for Las Vegas, where he opened his namesake restaurant Bartolotta, Ristorante di Mare at the Wynn Las Vegas. Heavy with fresh fish flown in from the Mediterranean—a reported 1.5 tons per week—the Italian menu wowed with fresh-caught langoustines, decadent Sicilian olive oil, and rustic pasta dishes. It’s no wonder that Bartolotta would receive his second James Beard Award for Best Chef: Southwest in 2009 for his work in Sin City.

In 2015, Bartolotta left his Las Vegas restaurant. The unexpected departure stirred up a bit of controversy and confusion, but Bartolotta was simply ready for something new. Now he’s splitting time between Vegas, Florence, Italy, and, of course Milwaukee where the business-savvy brothers have made quite a lasting mark on the culinary scene by establishing a combined 16 restaurants and catering facilities since 1993. And with a focus on diversity, passion, and fresh ingredients done well, it’s no wonder that the Bartolotta brothers were semi-finalists this year for the James Beard Award for Outstanding Restaurateur.

To attend this year’s Culinary Masters or for more information, please contact Lisa Porter Gilley via email (lisap@robbreport.com) or call 212.230.0287.