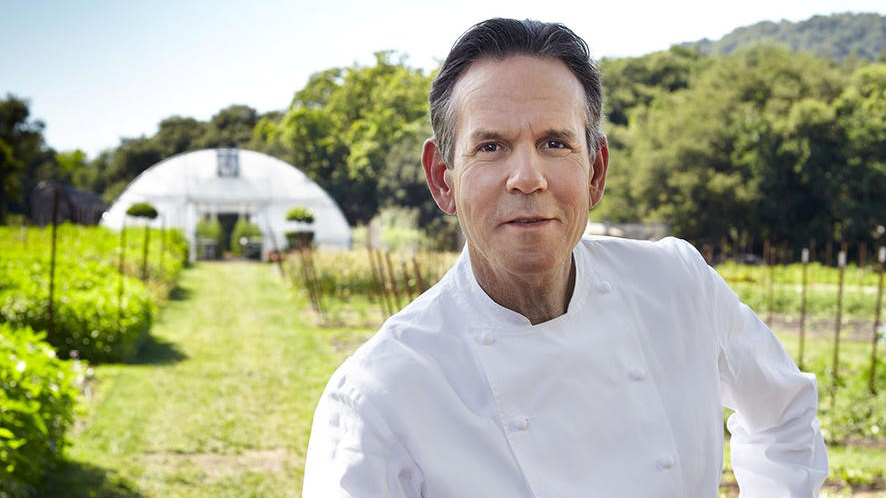 Earlier this year, celebrated chefs Thomas Keller, Daniel Boulud, and Jérôme Bocuse helped lead the U.S. team to its first-ever victory in the prestigious cooking competition Bocuse d’Or. On October 23, they’ll reunite along with rising stars in the culinary world to host three days of amazing food and golf at Robb Report’s Culinary Masters at Montage Laguna Beach in Southern California. As the event approaches, we want to introduce you to the chefs who will make this one of the premier dining getaways on the calendar this year. For this entry, one of the greatest chefs America has ever produced: Thomas Keller.

Master in the Making

Keller was born in California, but cut his teeth in the kitchen by working in a restaurant run by his mother in Palm Beach, Florida. In his youth, he worked at multiple restaurants around South Florida as well as stints in Rhode Island. The chef remained peripatetic for a while, gathering experience in kitchens in New York City and Upstate before heading to France to work in some of the country’s best restaurants, including Guy Savoy.

In 1984, Keller returned to New York and two years later opened his first restaurant Rakel, serving French-American food and having future stars Tom Colicchio and Andrew Zimmern work in the kitchen. Eventually Keller would head back west though, purchasing The French Laundry in Yountville, California and turning the space that was once a saloon in the early 1900s into an icon of American fine dining.

Keller has also opened Bouchon, Bar Bouchon, Bouchon Bakery, and Ad Hoc, but his master stroke was returning to the Big Apple in 2004 to open Per Se where he displayed his mastery of French technique.

With French Laundry and Per Se as his bicoastal flagships, the awards came to Keller from all corners. He’s won James Beard awards for “Outstanding Chef” and “Outstanding Restaurant”; a lifetime achievement honor from the World’s 50 Best Restaurants; and became the first and only American chef to have two restaurants with three Michelin stars.

In 2011, Keller was designated as Chevalier of The French Legion of Honor because of his contribution to French cuisine. During a ceremony at Per Se, Paul Bocuse presented him with the medal, allowing Keller to join an elite group of American culinary Julia Child and Alice Waters.

But the award he really wanted from France still remained out of reach: Bringing home a gold to the U.S. from the culinary Olympics Bocuse d’Or. America had long lagged behind in the prestigious cooking competition. So much so that Paul Bocuse himself called on Daniel Boulud to help the Americans field a better team.

So Boulud turned to Keller and Jérôme Bocuse to create an infrastructure to select and train a winning team. Together they formed Ment’or (originally called Bocuse d’Or USA Foundation). In 2015 the U.S. took a huge leap forward, winning silver. In 2017, led by chef Mathew Peters who had worked at both Per Se and The French Laundry, won gold. On that stage in Lyon, beside a chef, Mathew Peters, who cut his teeth in Keller’s kitchens, the legendary chef was able to wave the American flag in triumph.