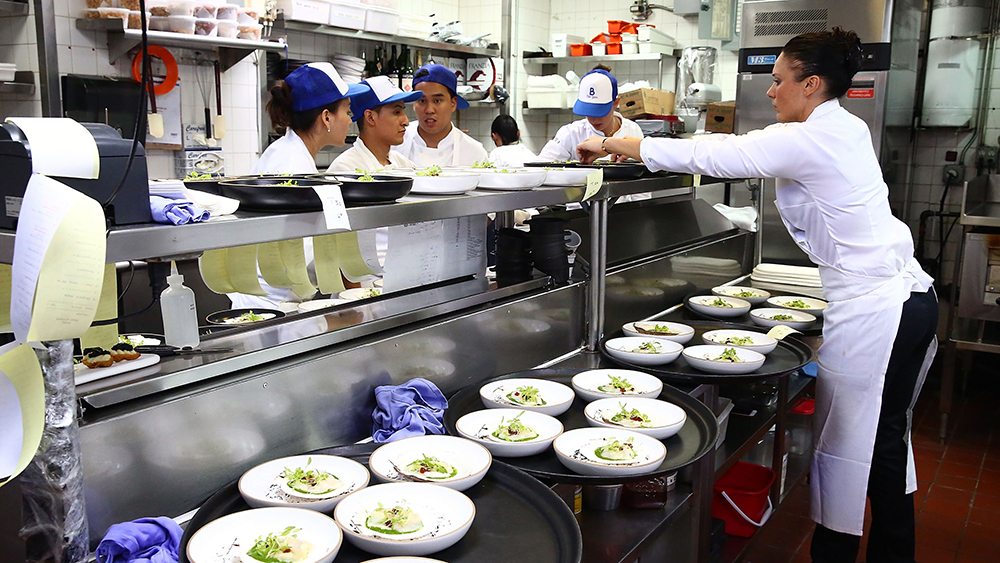 The past two and a half years of pandemic life have been tough on everyone, and every industry. But the restaurant world has been hit particularly hard. And according to a new report, it doesn’t seem like things are getting much better—at least not quickly.

Back-of-house workers have left the industry in droves, and not many people are clamoring to replace them, The Washington Post reported. Citing projections from the Bureau of Labor Statistics, the newspaper noted that the need for chefs and head cooks is growing, with a 25 percent rise expected from 2020 to 2030. But people don’t seem eager to meet that need: Students appear to be less interested in pursuing chef jobs.

It’s a far cry from a decade ago when the likes of Anthony Bourdain were galavanting around the globe, making it seem cool to be a chef and culinary school enrollments were increasing in the wake of the Financial Crisis.

Overall, culinary schools are seeing drops or only extremely small increases in applicants, as well as decreases in the percentage of admitted students who actually enroll. For example, the Culinary Institute of America, largely considered one of the country’s most prestigious culinary schools, now accepts 97 percent of all applicants, compared with 36 percent in the 2001–02 school year. Of those accepted, only 33 percent actually enroll (that number was 91 percent in the 2001–02 academic year). The same pattern is seen at other culinary schools across the United States.

And in general, interested students have fewer culinary programs to choose from. The number of postsecondary schools offering such programs dropped 20.5 percent from 2017 to 2020, according to American Culinary Federation data cited by the Post.

Of course, data on culinary schools only tell part of the story, and many people in the industry aren’t all that worried about the enrollment numbers. Erika Polmar, the executive director of the Independent Restaurant Coalition, noted to The Washington Post that culinary school can be expensive, and some people interested in a back-of-house career may start out working in lower-level restaurant jobs from which they can climb the ladder. “Why take on that debt burden when you can go to the graduate school of life and get a job in a kitchen and work your way up?” Polmar said.

That sort of work is often low-paid, however, and many kitchen jobs don’t come with paid time off, health insurance or other benefits. To incentivize people to take on open roles, whether dishwasher or line cook, the industry will need to offer employees those perks, as well as a living wage, several people told the Post. Maybe then they’d be more excited about getting into the kitchen.