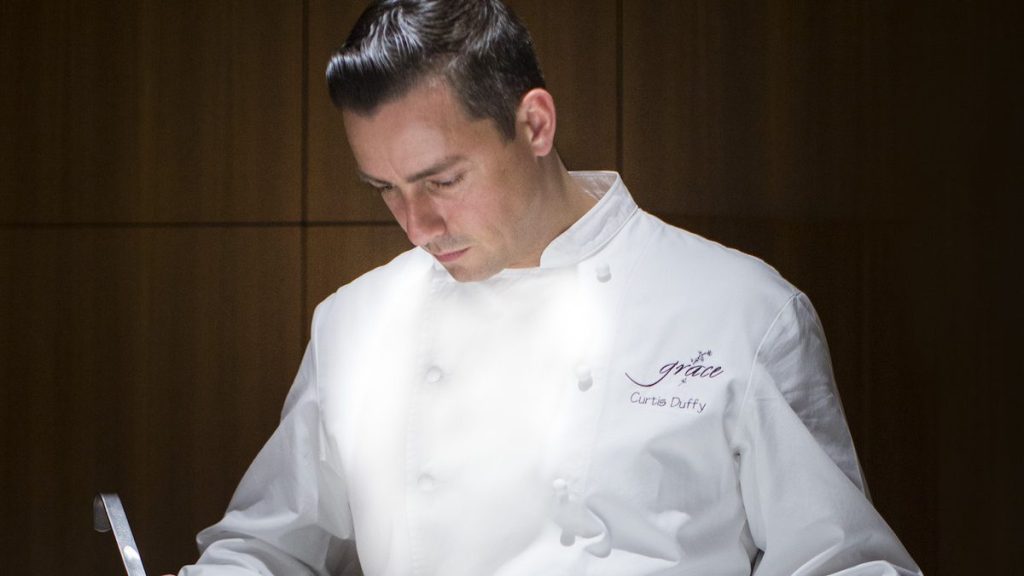 In America—and around the world—restaurants with three Michelin stars are in rarified air. The tire-company-cum-food-guide’s star system is by no means a perfect measure of a restaurant (it has pretty Eurocentric tastes and a terrible track record of recognizing greatness in women chefs), but to earn its highest honor of three stars is still a major achievement. In America, only 14 restaurants hold the distinction—and Grace in Chicago is one of them.

The restaurant is the passion project of chef Curtis Duffy, who worked for Charlie Trotter and Grant Achatz on his way to leading his own marquee restaurant. While stars are awarded to restaurants and not chefs, Duffy was inextricably linked with everything about the restaurant. As the Michelin Guide has written, “Curtis Duffy is Grace, and Grace is Curtis Duffy.”

So it was a shock today to see the New York Times report that Duffy and his general manager and partner, Michael Muser, had quit their acclaimed restaurant in a dispute with the wealthy investor who backed them.

Duffy’s last day was December 1, and Muser left on Monday.

“It became evident that our evolving goals and aspirations were no longer aligned with the restaurant and its future, making this change necessary,” they said in a statement to the Times. “As this chapter ends, another begins. We plan to spend quality time with our families as we develop our next project.”

Duffy and Muser opened Grace in 2012, and became only the second Chicago restaurant with three Michelin stars in 2015. The story of creating and executing his fine dining vision was documented in the film For Grace, which dove into Duffy’s backstory as a chef. He originally got into cooking as a refuge during a troubled upbringing (his father killed his mother in a murder suicide), and he has committed himself to his craft ever since.