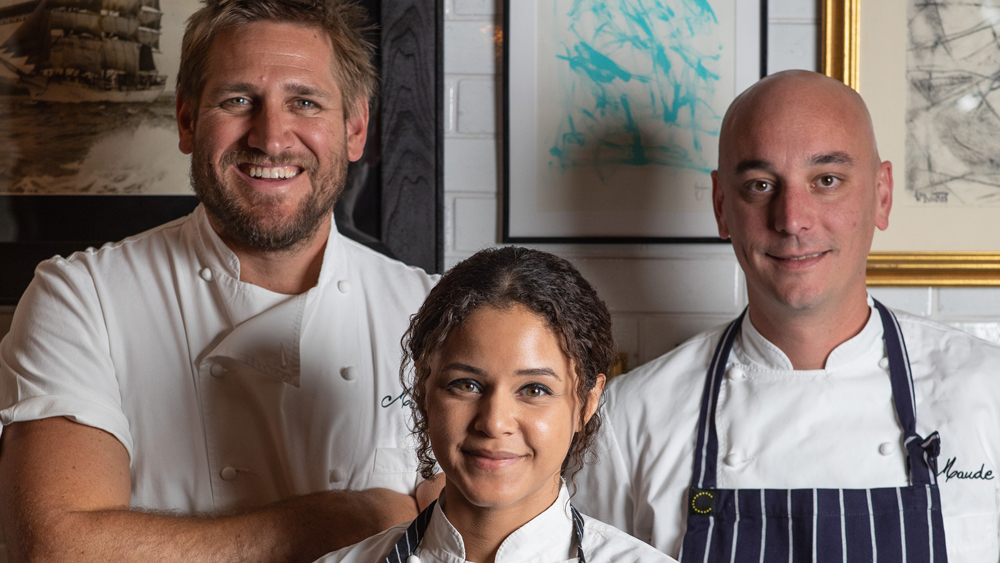 Back when Curtis Stone created his meat-centric Hollywood restaurant Gwen in 2016, a retail operation was built right into the business. Out front was a butcher shop, selling the beef, pork, lamb, charcuterie and more that chefs deployed on the menu every night. After Covid-19 hit this year, that retail operation became a lifeline as Stone and his team leaned in and expanded it. Soon they offered meal kits, shepherd’s pies and even groceries for local delivery. They’ve also kept looking for ways to create revenue streams—including Stone’s newest idea, which was born of a chance conversation.

“I was in the butcher shop talking to a private chef who was getting a variety of meat for a client and it struck me that private chefs have to work really hard to source quality ingredients,” Stone tells Robb Report. “I thought, we’re already ordering the best seafood, the best farmers market produce—we have the best meat with the butcher shop—and we’re ordering all of that daily. It’s actually very simple for us to consolidate private chefs’ orders and stick it on a delivery run the following day.”

So today Stone launched Private Chef LA, a service where private chefs and ambitious home cooks can order premium ingredients for pickup at Gwen or delivery around LA. But he’s going one step further than just being a marketplace. Team members behind the Michelin-starred Maude, which is currently closed, will do prep work for people too. Stocks, sauces, a variety of doughs, pastry cream and more will be available in addition to hard-to-find spices and premium oils.

It’s a pipeline to purveyors that private chefs working on a small scale may not have access to, or would eat up a considerable amount of their day sourcing themselves. “Half the game at restaurants now is finding the best stuff that allows you to cook really beautiful food,” Stone says. “A private chef may call a truffle supplier and the supplier will say, ‘I’m not driving out there to deliver one truffle, buddy.’ So they’re driving all around LA to pick up ingredients. We’re giving them their time back.”

As Covid-19 has worn on, Stone saw where it was creating a place in the market for a service like Private Chef LA. “Business is booming for them—private chefs have never been in more demand,” he says. “But a big change for them is that for some, their clients are insisting that they quarantine, and if the chef is out and about shopping half the week, that’s a lot of contact. So having more things delivered will make sense for people right now.”

Maude’s executive chef Chris Flint and pastry chef Yesenia Cruz will lead the efforts out of a commissary kitchen the now-idle events team previously used. It’s a transition from the Maude Marketplace they had been running previously out of the restaurant. But that’s another instance where having to be nimble during this time of chaos for the restaurant industry made Stone and team assess quickly and change course. People used the Maude Marketplace in Beverly Hills, but not to the extent that people have shopped at Gwen. So it was time to redeploy the staff.

“My attitude right now is we’ve got to see where the business takes us—you’ve got to be open to what people are telling you are their needs and you need to be humble,” Stone says. “I’ve got chefs used to working in Michelin-starred kitchens and now they’re doing prep work for private chefs and they’re excited about it.”