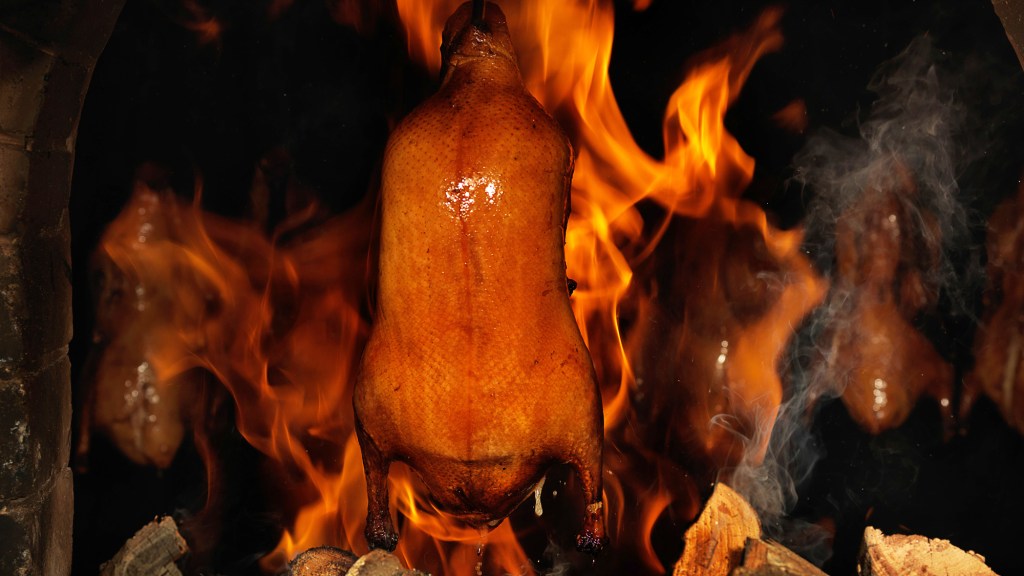 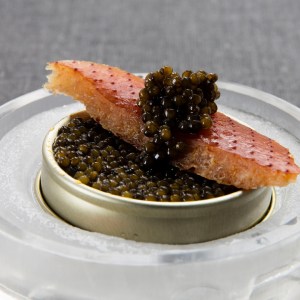 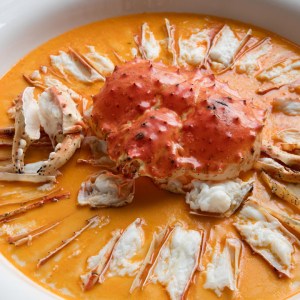 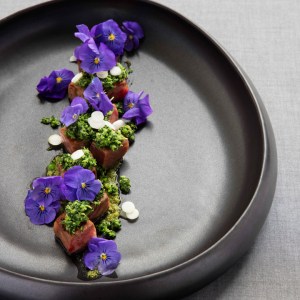 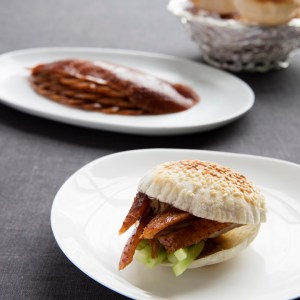 China’s celebrated chef Dong Zhenxiang spent more than 40 years perfecting his Peking duck recipe. He says it’s so crispy that it breaks apart like “glass shattering.” He wasn’t joking. At a recent dinner, he proved his point by throwing strips of the skin down on a plate while the rest of us watched the fragments fly.

Previously, you would’ve had to fly to China to experience his exquisite duck. But this week, he’s in New York for the opening of his first DaDong restaurant outside his homeland, where he has more than 20 locations between Beijing and Shanghai—and more are on the way. Considered a celebrity chef in China, he’s also widely known in America. When DaDong opened for reservations, more than 2,000 people tried to book a table within the first few hours. It officially opens on December 11, but you likely won’t get a reservation until mid-February. Many say it’s worth the wait.

DaDong’s Peking duck is a traditional Chinese dish that is often served at banquets and celebrations, in addition to family-style meals. Chef Dong’s has traditional flavor, but his meticulous preparation is what makes this duck incredibly crispy while still having succulent meat. It all starts with a specific white-feathered duck that chef Dong found at Maple Leaf Farms in Indiana to supply his New York restaurant. One of his staff spent 3 years at the farm testing the duck nearly every day to ensure the quality of the meat. Presently, he says he has 1,200 ducks in his New York freezers, and each is de-thawed over 4 to 5 days before it’s roasted to ensure the right texture. Like in traditional Chinese preparations, the whole duck is thinly sliced table-side, and his version is served four ways: with paper-thin pancakes, sesame buns, sugar, and special sauces.

“The food has traditional Chinese flavor, but it is presented in a modern, artful way,” says the chef through an interpreter. The beef dish, for example, is combined with traditional preserved Szechuan vegetables but with the highest-quality American or Japanese Wagyu meat.The squid-ink soup is laced with black truffles and delicate threads of tofu.

For his first entry into the American market, chef Dong made a big statement by opening a sprawling midtown location.With three levels, it seats more than 400 people and has a large outdoor terrace. While the space is striking and grand, most people will be coming to taste the duck, and chef Dong has been training his team for years—so they won’t disappoint.