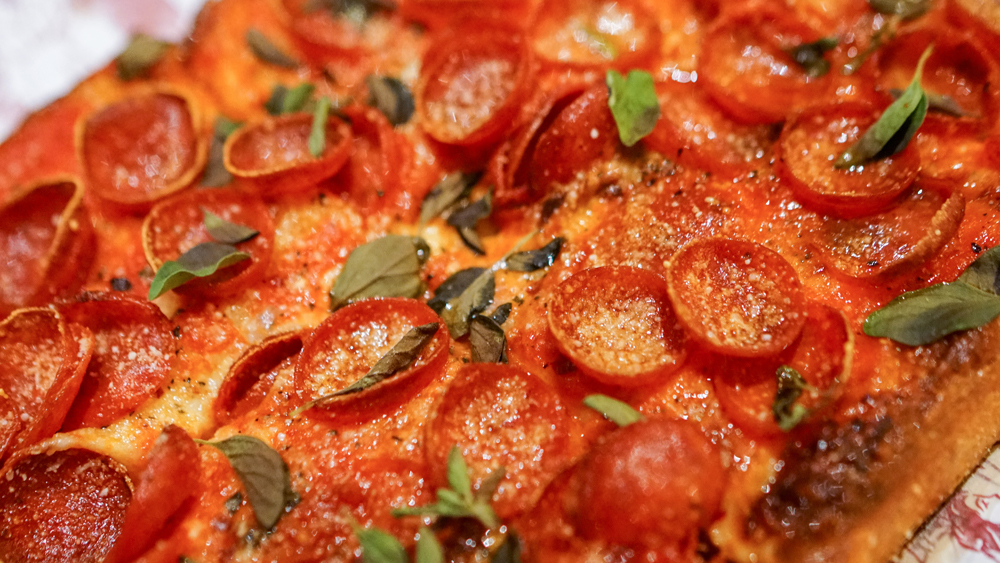 If everything is bigger in Texas and your hospitality company is known as Major Food Group, why not test the limits and open three restaurants in less than a month?

That appears to be the ethos behind a new multi-pronged endeavor in Dallas. Next to the newly opened Carbone in the city’s Design District, and a few miles from the recently opened Sadelle’s at Highland Park Village, Major Food Group’s Mario Carbone, Rich Torrisi and Jeff Zalaznick are getting ready to debut a pizza-and-wine joint that aims to blend the familiar with the brand new. Meet Carbone Vino, which will open on Thursday.

Given that the Carbone restaurant has become such an iconic brand, let’s start with the familiar: Guests at Carbone Vino will be able to order the namesake restaurant’s greatest hits, including spicy rigatoni vodka, veal parm and Caesar alla ZZ.

Yet despite an over-the-top cellar filled with vintage varietals, Carbone Vino is designed to be more accessible than its next-door sibling. The establishment encourages walk-ins and has a bar designed for dining, in addition to its spacious 75-seat dining room. Many wines will be available by the quartino, and the menu will showcase thin and square pizza that Torrisi has been developing for nearly a year and a half.

“When we’re working on something like that, at this point it goes to Rich,” Carbone says. “There’s no one better to take a recipe down a rabbit hole and make every possible iteration. He probably put out a hundred varieties when he was coming up with the pizza recipe. The goal was to make something that’s reminiscent of a Sicilian pizza without all the weight. You can’t just have that one slice bomb and ruin everybody’s meal. So how do we incorporate Sicilian-style pizza without destroying people’s appetites?”

Carbone Vino’s menu includes a garlic pie that’s topped with only garlic butter, finely minced garlic, parsley and Pecorino Romano. The idea is to have that pizza consumed like bread with some salumi or vegetable antipasti. There’s also a margherita, a pizza with pepperoni cups, a clam-and-sausage pie and a zucchini verde pizza that Carbone says is his current favorite.

Texture and temperature were carefully considered when Major Food Group honed these pizzas, according to Carbone. As it comes out of the oven, the margherita is finished with buffalo mozzarella, so it “sort of halfway melts but still has all the tang of a Buffalo cheese,” he says. For the clam-and-sausage pizza, raw sausage is put on raw dough, so the meat cooks inside the pie. When it’s out of the oven, that pizza gets topped with a riff on clams oreganata: Steamed clams are taken out of the shell and cut before being tossed in breadcrumbs.

“It’s kind of like this room-temperature clam gets put all over the top instead of, like, killing the clam in the oven,” Carbone says.

Vino’s wine collection, meanwhile, is extensive and extravagant. There are close to 1,000 bottles, representing most of Italy’s 20 wine regions. Guests can sample off-the-beaten-path selections like negroamaro from Puglia, lagrein from Trentino-Alto Adige, aglianico from Basilicata and fumin from Val d’Aosta.

“We’re easily sitting on a million dollars of wine on any given night,” Carbone says. “We’ve been able to put together a list that just goes far deeper in vintages than anybody else. Our vertical of Sassicaia goes into and through the ’80s. The whole wine room is glass-enclosed. We intended it to be a showcase. You can see all the sommeliers in there pulling bottles.”

Carbone Vino, not surprisingly, is inspired by Italian-American food experiences in New York. The restaurant has electric deck ovens that Carbone first saw at F&F Pizzeria, the Brooklyn slice joint that Frank Falcinelli and Frank Castronovo opened with some help from a couple dough guys named Chris Bianco and Chad Robertson. And the BYO experience at Mark Iacano’s legendary Lucali in Brooklyn helped spark the idea for Vino.

“So listen, one of my favorite ways to eat is like, I would go to Lucali and Mark doesn’t have wine except a couple dusty bottles that somebody left him,” Carbone says. “Before I go to Lucali, I would stop at Carbone and grab a baller bottle of red wine. And I’d go there and I’d have pizza and, like, Sassicaia and be like, well, who’s better than me in the world right now, you know? That was kind of the lightbulb. I would like to give this experience to people, this very humble food with this gorgeous Italian red wine.”

Now Major Food Group is finding new inspiration as it creates a new brand in Texas. Pastry chef Stephanie Prida is excited to make butter pecan ice cream with Texas pecans. Carbone is about to visit Rosewood Ranches, which raises Texas wagyu. He’s been hitting local farmers markets to put together something he first envisioned at the original Carbone in New York City almost a decade ago.

“I created something that was going to be called the vegetable misto or the verdura mista,” Carbone says. “I was going to take these giant Deruta hand-painted platters that have these cup sections, and the idea was to show off market vegetables in six different ways. The idea never made it on the menu. Service just kicked my ass, and it was an impossibility to do. But I never forgot that I wanted to bring it back.”

So, on a section of the Carbone Vino menu with shareable items like salumi and crudos, there’s a platter featuring six different vegetables prepared six different ways.

“If the waiter did it right, he ordered you a garlic pie and you’re having a good time,” Carbone says. “For me, what’s really exciting is taking Carbone not as a restaurant but more like an ethos. You take that and you translate it in slightly different ways.”

“One of them is this Maraschino sundae that I developed with Stephanie Prida,” Carbone says. “It’s soft-serve vanilla gelato, intended to be a shared portion. It’s on a pedestal and comes out on a gueridon with a bowl of toasted almonds.”  Carbone Vino fills hand-painted porcelain vases with cans of Maraschino cherries. Then a captain tops sundaes with a ladle of cherries and syrup before covering the ice cream with toasted almonds. “And then you get a bunch of spoons and you just go for it,” Carbone says.

Order zeppole and you’ll get another fun presentation.

“We cover your table in this beautiful Vino paper, and we leave this huge tin of powdered sugar,” Carbone says. “And the second the zeppole is done, they bring them out and kind of dump them on your table. And then the captain takes the tin of powdered sugar and, like, hammers it all over the table. It’s a little bit of San Gennaro.”

Guests eating at the bar will also feel like they’re part of the action.

“I really want people to dine at the bar,” Carbone says. “There will be a couple guys slicing salumi behind the bar, wearing their little Italian biker hats. They’re standing amongst the bartenders that go all around this horseshoe-shaped bar. Slinging negronis, slicing prosciutto, all the things you want. I think the energy at Vino will be just as big as Carbone, if not even a bit more bustling.”