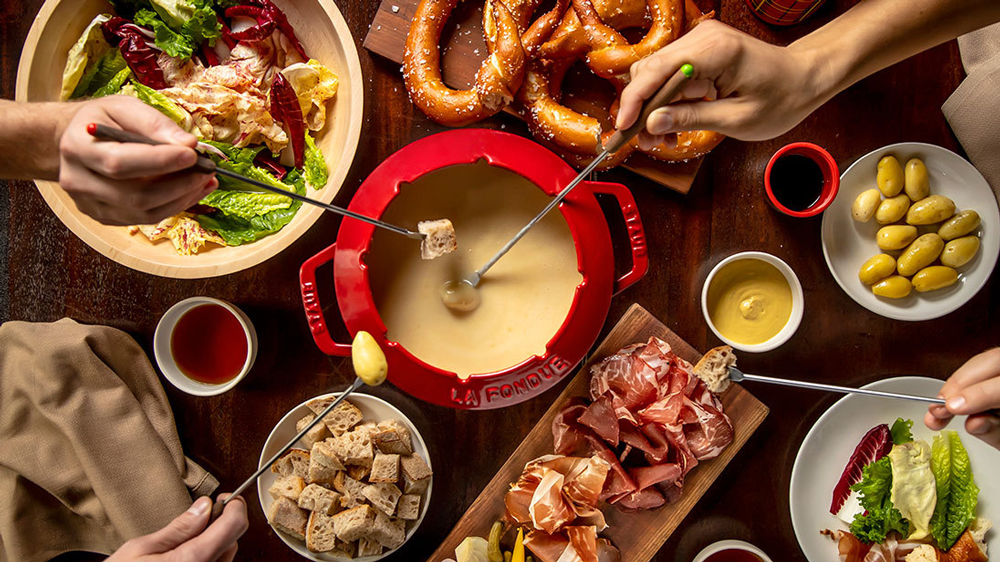 Last year, chef Daniel Humm of the three-Michelin-starred restaurant Eleven Madison park in New York and restauranteur Will Guidara launched a pop-up in the East Hamptons called EMP Summer House. The experiment was so successful that not only did Humm and Guidara repeat Summer House this year, they are also opening EMP Winter House in Aspen, Colo.

A more laidback eating experience than Eleven Madison Park, Winter House—open December 15 through April 6—will be hosted at Chefs Club at the St. Regis Aspen Resort. Surprising for a wintertime restaurant, seating at the pop-up will be available both indoors and outdoors. But don’t worry, frostbite isn’t on the menu; the outside guests will dine in one of 10 custom-designed yurts. Since you are dining in an enclosed space, you can summon your server by flicking on strings of Christmas lights wrapped around the top of the yurt.

Wherever you choose to dine, you will be treated to a selection of dishes inspired by Humm’s experience living in Switzerland when he was young. The à la carte menu includes items like smoked trout toast, veal schnitzel, and fondue; pair that with a wine list featuring over 250 options, and you have the recipe for a unique culinary experience. Even if you don’t make it to one of the dinners, Winter House will also serve an après ski menu in the afternoon with plenty of snacks and cocktails to warm you up after shredding up the slopes.

However, there is one caveat: Only American Express card members may make reservations for the EMP Winter House prior to February. If that describes you, though, you can reserve an indoor or outdoor spot starting November 15 with a $50 deposit that will be applied to the meal. After the New Year, reservations will be opened to the general public for dinners starting February 1.