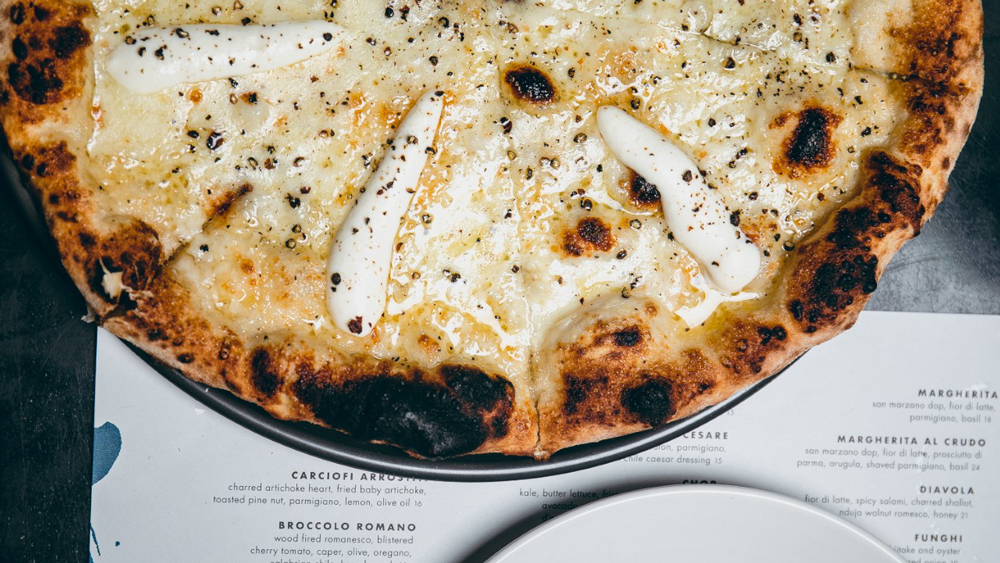 Growing up in Naples, the birthplace of pizza, Daniele Uditi had a deep love of carbs. The pizzaiolo and chef behind LA’s hit restaurant Pizzana started baking bread in his aunt’s restaurant when he was 12. He eventually became a chef, working in a Michelin-starred restaurant in Southern Italy before making is way to America in 2010 for a short trip that turned permanent.

In 2017, he opened Pizzana, calling it a Neo Neapolitan pizzeria. Though he’s steeped in the tradition of Neapolitan pizza, he decided to tweak the techniques prescribed by the Associazione Vera Pizza Napoletana, the organization that certifies pizza made in an authentic Neapolitan style. He’s played with the recipe of the dough, the toppings and the temperature of the oven. For instance, instead of using yeast, he has his sourdough starter that he brought to America from Italy. And because he wants a different texture and flavor to his crust, he drops the temperature of his wood-burning oven to 650 degrees, instead of the more traditional 800. This also makes the pizza take longer to cook, allowing for more smoke flavor to be imparted to the pie.

In this episode of Robb Report Culinary School, Uditi joins culinary editor Jeremy Repanich to explain the how and why of tweaking traditional pizza, how his background baking bread affects his style of pizza, where he’d like to go when the pandemic is over and why he recently made pizza with—gasp!—pineapple.