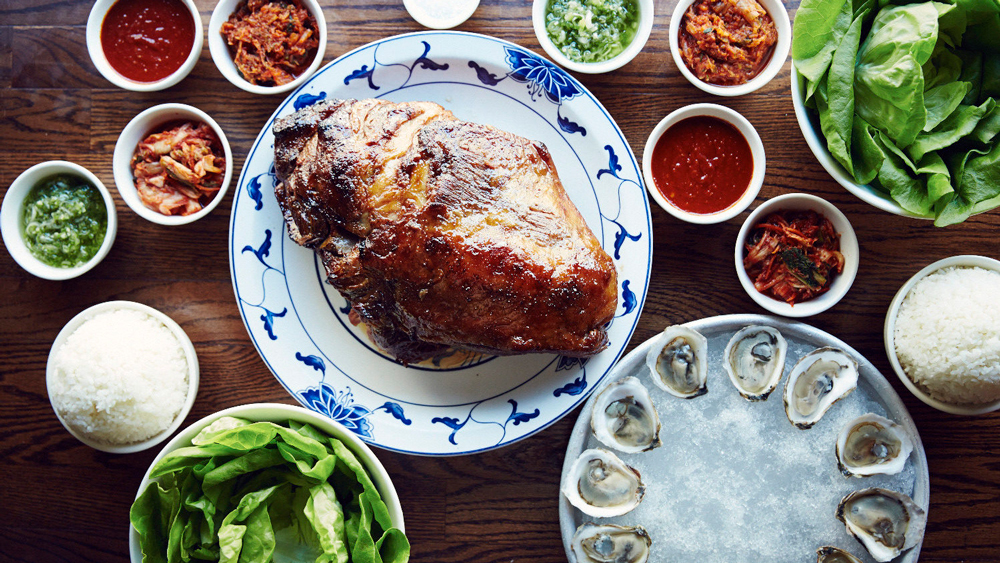 At the end of the last decade, we surveyed the landscape of dining, speaking with leaders throughout the industry to determine the most significant changes in those 10 years and which restaurants defined the era. Very early on in the research, it was clear that David Chang’s Momofuku needed to be on this list, an empire driven primarily by the East Village stalwart Ssäm Bar.

Today, despite being a profitable and important restaurant before the Covid-19 crisis hit, Momofuku announced Ssäm Bar would leave its East Village location and merge with Bar Wayō in Manhattan’s South Street Seaport. Momofuku would also permanently close its Italian concept Nishi in Chelsea and also CCDC, which Chang—who grew up in the Washington D.C. area—considered his hometown project.

“As we looked at new realities, neither restaurant had enough cushion to sustain the shock of this crisis,” Momofuku CEO Marguerite Mariscal wrote of Nishi and CCDC in a statement posted to the company’s website on Wednesday.

On his podcast, Chang discussed the decision, touching briefly on not being able to work out a solution with his landlords. “I don’t want to say anything other than I understand their decisions. I don’t respect their decisions. I understand it and if I was in their situation, maybe I could see it a little bit differently. There was just no give and take,” Chang said. The Ssäm Bar lease expires in January of 2021, so it made more sense to move the restaurant than remain.

To keep the whole company sustainable for the future, Mariscal and Chang discussed in the episode the need for investment in personal protective equipment and new safety measures inside the restaurants to make sure they can reopen. Thus, they felt the need to hunker down and focus on fewer locations to get them up to what they believe new health codes will be.

Chang, fighting back tears, added that, “I’m still at war with this decision, it’s not ever going to sit right with me and at the same time, I know exactly why we need to do it. From a cerebral level, I definitely understand it, from an emotional level it’s never quit, ever. Ssäm Bar is very emotional for me,” he said. “That’s been my life.”

to our momofuku friends and family, we wanted to share the sad news that we are not reopening @momofukudc and momofuku nishi. we are also moving momofuku ssäm bar to the wayō space at south street seaport and combining those teams. we are so grateful to everyone that made ccdc and nishi what they were. ccdc was dave’s hometown restaurant, and at nishi, we learned how to face extremely difficult challenges together. the lessons and memories from these restaurants will always be a part of momofuku. these teams will continue to be supported by the momofuku bluetape fund through this crisis, and momofuku is committed to paying the costs of cobra medical insurance coverage. as we navigate this crisis, safety is our guiding principle. when we looked at the investments needed to make our restaurants the safest places to dine and work—new systems and personal protective equipment for our teams—it became clear that not all our restaurants would be able to bear those costs. we do not have all the answers, but our belief in the scrappy, passionate, hard-working people in our industry remains unchanged. link in bio to read the full note from our ceo @mzmariscal on this decision and the future of momofuku.

At Ssäm Bar, Chang—who had previously worked at Café Boulud and Tom Colicchio’s Craft—had his own place to challenge tradition in a way that became his signature. “My initial reaction is to almost be like a bulldozer just to see what happens, because that’s just how I am as a person, and then I reflect about what I might have broken after the fact,” Chang told Robb Report in 2018. He did much the same at Ssäm Bar, stripping away the trappings of fine dining like tablecloths in a search for what was really important about restaurants.

“David Chang opening Momofuku changed the way we all experience restaurants now,” Michael Solomonov of Zahav in Philadelphia told Robb Report previously. “It was like casual but also really high end. I think the way that we describe our restaurant is fine dining but disguised as casual. The standards are all the same, but service is more relaxed. It’s OK to get great service from people with T-shirts, and it’s OK to play loud music, and it’s OK to take away the rules of what was traditionally supposed to be high end.”

As the Covid-19 crisis goes on, we’ll lose more and more bars and restaurants that were important to the growth of food and drinks in cities across America. A cornerstone of the Minneapolis dining scene for nearly a decade, The Bachelor Farmer, has closed permanently; the groundbreaking New York bar Pegu Club shuttered; and Portland, Ore. restaurant Clyde Common, which was very influential to the American cocktail revival, will reconcept to a marketplace selling dry goods and to-go foods. These are a few among many, and the total will only grow.