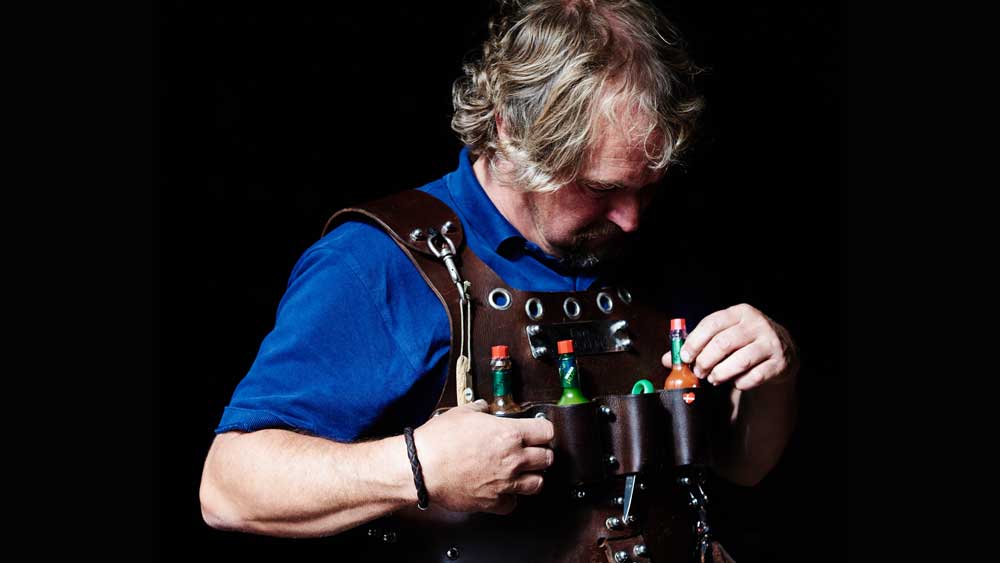 Striding into the icy waters of Denmark’s Wadden Sea, Jesper Voss looks the part of a modern Viking: bearded, clad in Wellington boots, and covered with a harness-like leather apron from which buckets, knives, and carabiners jangle noisily. Around here, Voss is the oyster king (no really—check out his website, oyster-king.dk, for proof), a great forager of bivalves who leads travelers from far and wide into the shallows near the island of Fanø for a fresh slurp of shellfish. “These oysters have a lot more structure than French ones, which are like—how do you say?—snot,” he says in his thick Danish brogue. “You must chew our oysters to taste the sweetness at the end. It’s almost honey-like.”

It wasn’t long ago that these sweet Pacific beauties couldn’t thrive in Denmark’s frigid climes, but apparently global warming has its upside: During the ’90s, the oysters, thought to have been brought over by ships’ ballasts, suddenly found a hospitable home in the thawing waters of the Wadden Sea. The downside, of course, is that the delicacies are ferocious breeders—they risk uprooting native marine life such as blue mussels—so it’s by matter of duty as much as pleasure that Voss harvests them by the bucket, reaching into the muddy waters and pulling up fistfuls of shells one after another. He serves them right there on the beach in every way imaginable (grilled, marinated, raw, even paired with blue cheese or cured ham) along with ice-cold Champagne. The “oyster safari,” as he’s dubbed it, is a delectable means of conservation, yes, but it also comes with a bit of etiquette, too. For instance, Voss recommends waiting 20 seconds after shucking to eat, because it lets the saltwater drain away, allowing the oyster to produce its own syrupy juice. And no judgment if you happen to get a little on your chin—in fact, it’s practically the modern Viking way.

The delicious bounty from a safari with Jesper Voss.  Photo: courtesy Oyster King