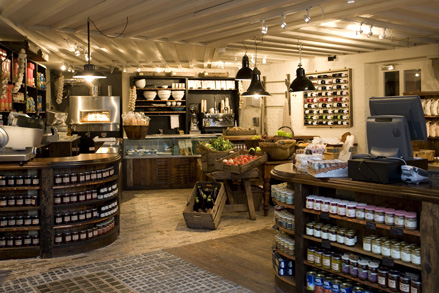 On the heels of opening Murano restaurant in London’s Mayfair district last year, Angela Hartnett opened York & Albany, a delicatessen, restaurant, and boutique hotel, in the city’s north end. Set in an 1820’s Georgian building originally designed by John Nash, the eight guest rooms and two suites feature period antiques intertwined with modern amenities, such as flat-screen televisions; and both suites have views of Regent’s Park. The property was acquired by Hartnett’s mentor’s company, Gordon Ramsay Holdings, and will feature her straightforward and seasonal cuisine. Head chef Colin Buchan will execute Hartnett’s menu, which will include such dishes as Gloucester Old Spot pork loin stuffed with apricots and couscous. The full gourmet deli makes this one of Camden’s newest and most significant foodie destinations. (+44.20.7387.5700, www.gordonramsay.com/yorkandalbany)