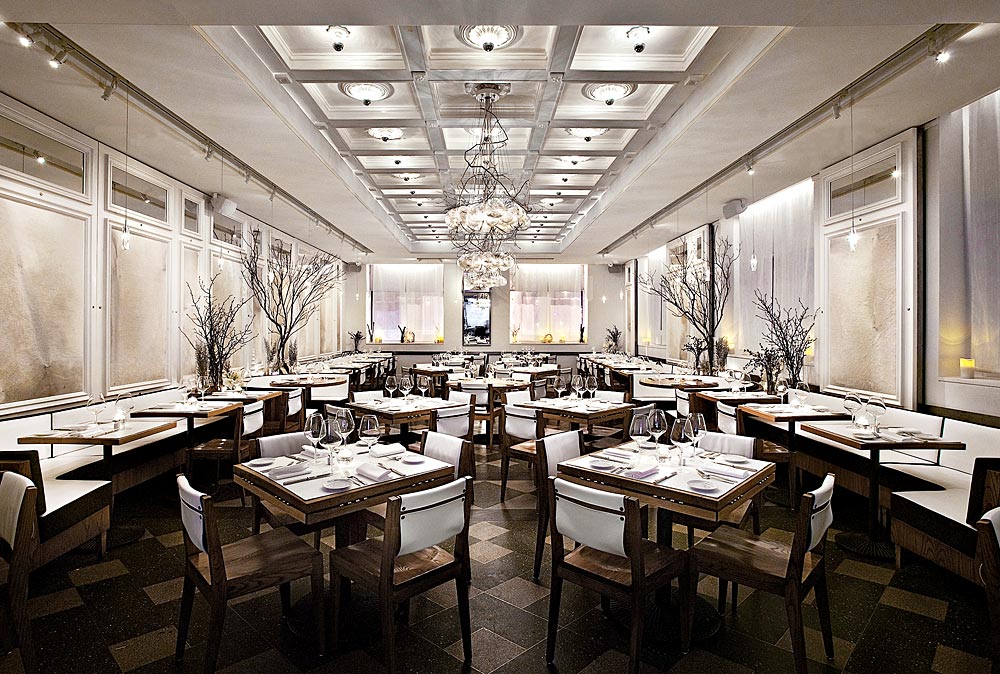 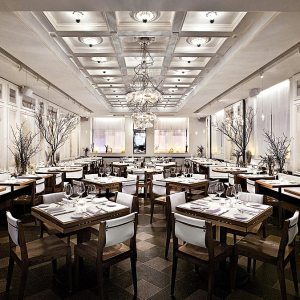 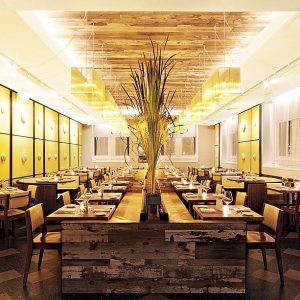 More than just the menu is seasonal at Park Avenue Summer; the entire restaurant changes with the calendar. Since opening the Midtown Manhattan establishment a year ago, co-owner Michael Stillman has closed it for two days every three months and altered everything he and a crew of about 20 workers could: the menu; the servers’ uniforms; the upholstery on the chairs and banquettes and on the stools at the Champagne and vodka bar; the lighting and the color of the walls in the main dining room; the scent of the liquid soap in the bathrooms. Stillman even changes the restaurant’s name each season. From late September through late December, he will call it Park Avenue Autumn. Next it will become Park Avenue Winter, then Park Avenue Spring.

Stillman, who is 28, owns and operates the restaurant with his father, 71-year-old Alan Stillman, founder of the Smith & Wollensky chain. “I think his vision was something less extravagant,” says the younger Stillman of his father. “I wanted to do four different restaurants tied together.”

The Stillmans hired the AvroKO design firm to create the restaurant’s interiors. “We wanted to take the [seasonal concept] to the extreme in a tasteful way, but an all-encompassing way, too,” says AvroKO partner William Harris. “We didn’t want to take obvious, on-the-nose seasonal cues. No sunflowers and sand in the summer. It was almost a list of won’t-dos.”

Harris says the restaurant’s design elements reference the journeys of Capt. James Cook, the 18th-century British explorer. He says that the sketches of Sir Joseph Banks, the well-heeled botanist who accompanied Cook on his first voyage to the Pacific Ocean, inspired the spring decor, and that last summer’s shell motif was a nod to Cook’s alleged visit to the Galápagos Islands. (According to legend, Cook inscribed a date on the shell of a native tortoise.) Last autumn’s decor displayed a loosely nautical, navigating-by-the-stars theme, and white was the predominant color in winter, a vague allusion to Cook’s voyage to Antarctica.

Executive chef Craig Koketsu’s food allays any fear that Park Avenue is just a gimmick. In January, when the restaurant was called Park Avenue Winter, Koketsu prepared such cold-weather comfort food as roast chicken with hen-of-the-woods mushrooms and French onion soup. But he also ventured out on a snow-covered limb—and matched the restaurant’s color scheme at the time—by offering an assortment of dishes featuring white ingredients. These included scallops and gnocchi in a light curry sauce with lime butter, and a croque madame—a sandwich of ham, egg, black truffles, and house-made brioche, covered in a generous layer of warm Gruyère.

This year’s Park Avenue Summer menu is different from last year’s, but the setting is familiar. The changeover team has reinstalled 2007’s lacquered yellow wall panels and a ceiling that was made from wood recovered from a barn in Maine. “In general, we keep the physical details of most of the season intact. The menu will change a lot, but the season will stay the same,” says Stillman, adding that the makeovers are as compelling to his staff as he presumes they are to his customers. “It’s a little more challenging [to work here], and I think they’re proud of that,” he says of his team. “When there’s always change, it’s exciting.”