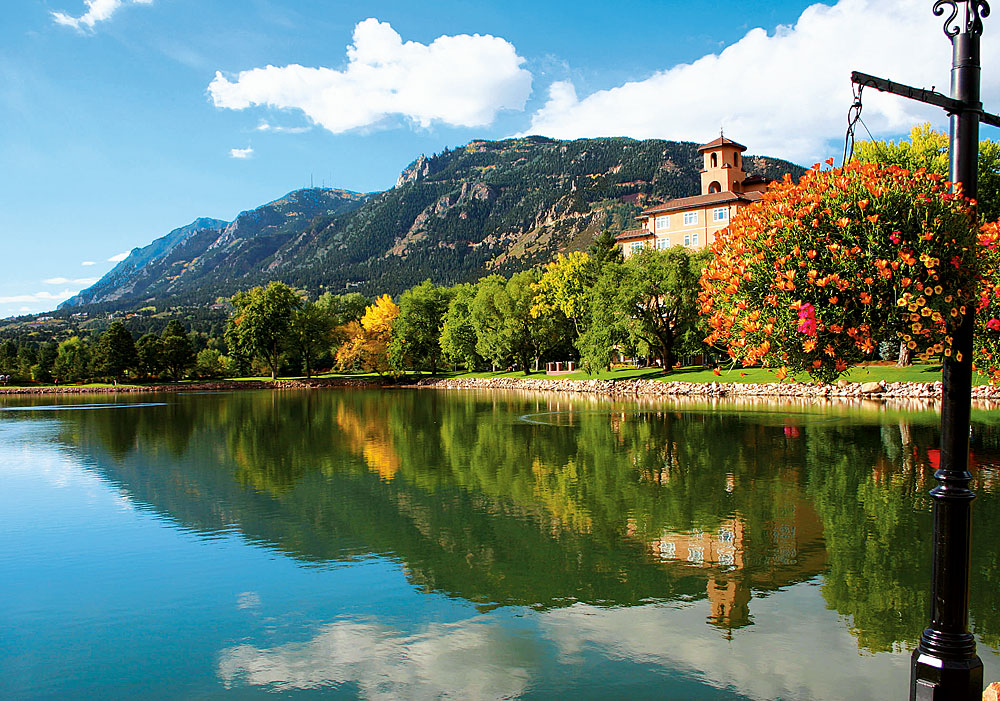 Serious practitioners of the art may cite endless rules for successful barbecuing, but Steven Raichlen grills by just three: “Keep it hot, keep it clean, and keep it lubricated.”

On a particularly warm summer day, he stands before some 50 barbecue enthusiasts on an outdoor patio at the Broadmoor resort in Colorado Springs, Colo. He holds his hand inches above the fire of a freshly lit gas grill, then yanks it back just as the heat reaches the burning point. “Well, we’ve got the first part: It’s hot,” he jokes, as he scrubs the grate with a wire brush and rubs the grill down with a cloth dipped in olive oil.

Known to die-hard grillers as the Barbecue Guru, the Florida-based Raichlen has spent nearly 15 years learning just about all there is to know about live-fire cooking—not only the styles and techniques practiced in regional pockets of the United States, but also those found throughout the rest of the world. His Barbecue University (BBQU), founded in 2001, passes on this meticulously gathered knowledge to students during a three-day course held twice each summer. Until this year, BBQU was based in West Virginia, but Raichlen decided to change the venue to a more central U.S. location. The move has improved accessibility for his cult following, but the higher altitude has forced Raichlen to rethink the way he cooks food. “You have to watch your grills a bit more closely up here; everything cooks much faster,” he warns.

While the grilling may go fast, getting into the course requires patience. BBQU typically sells out within two weeks after Raichlen posts the school’s new dates on his web site. (The schedule for next year’s classes was slated to be announced in mid-September; tuition begins at about $2,500.) But devotees of the flame will find the course well worth the wait when they arrive and discover a phalanx of two dozen types of live-fire apparatuses in readiness. Raichlen employs these sundry devices—which range from a $300 Big Drum smoker to a $13,000 Kalamazoo gas grill—to do fiery justice to the assortment of oysters, fish, poultry, pork, and beef that the kitchen staff parades out in preparation for lunch.

The lesson plan is rigorous. Each of the three days includes a four-hour class in which students learn to grill eight or nine different dishes, from appetizers to main courses to desserts. Raichlen keeps the pace moving by beginning each dish himself and then enlisting the aid of a few students to finish it while he moves on to the next. During each session, students move from grill to grill and smoker to smoker, peering over their fellow grillers’ shoulders, assisting one another, and sampling dishes in a sometimes smoky atmosphere of cooking camaraderie. Raichlen, meanwhile, discusses the techniques behind each dish, peppering his discourse with morsels of sage barbecue advice. A single day’s menu might include a grilled Colorado trout wrapped in prosciutto and served with a mustard-dill sauce; a six-pound, bacon-encrusted, Texas-style brisket with spicy apple barbecue sauce; and, for dessert, perhaps a raspberry-and-pear crumble smoke-roasted over the fire in a cast-iron skillet.

Though the program is held at one of the country’s top resorts and is designed for serious carnivores, the sessions are relatively casual, not unlike a typical backyard gathering. And in true university fashion, participants leave with a diploma and a picture of themselves with their professor—along with enough barbecue knowledge to keep them cooking for many summers to come.