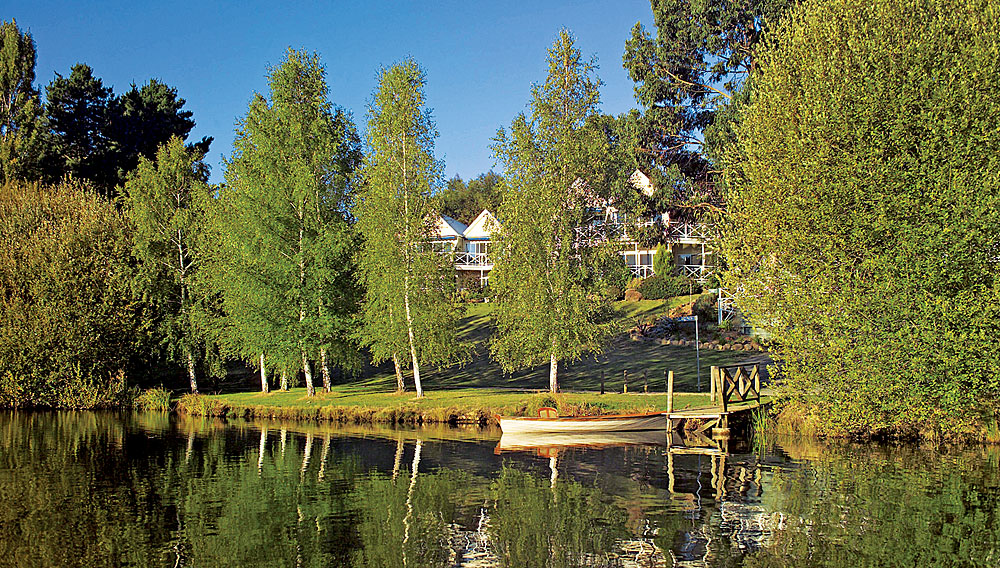 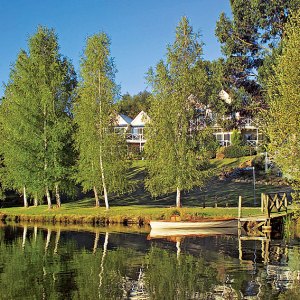 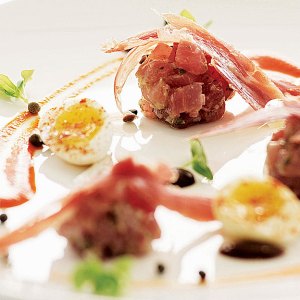 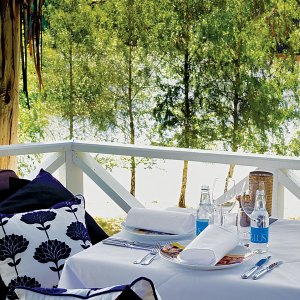 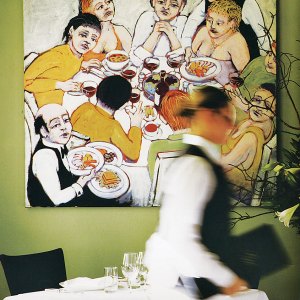 After studying in France to be a chef, Alla Wolf-Tasker returned to her native Australia in the 1970s determined to create a Michelin-quality country restaurant that embraced the bounty and flavors of the region around Daylesford, Victoria, the tiny community where she spent her summers as a child. “I wanted to serve tomatoes that were in season, locally caught fish, and ducks that came from down the road,” she recalls. “I wanted to create a sense of place.”

Wolf-Tasker soon learned that some goals are hard-won. At that time, Australian cuisine remained in the cold, flavorless grip of British culinary tradition and its own bland agrarian monoculture. “It hadn’t occurred to me that there was a disconnect between what I wanted and what the market understood,” she says with a laugh. “I just wanted to do what I wanted to do.”

Now, some 30 years later, Wolf-Tasker is one of Australia’s most respected gourmet chefs. Together with her husband, Allan, and their daughter Larissa, she runs Lake House, a small hotel, restaurant, and spa that caters primarily to the urban gourmets from nearby Melbourne. Her menus change vividly with southern Australia’s seasons and feature primarily the catch and harvest of the region.

“Welcome to our winter table,” she writes in a menu greeting to her dinner guests. “Pumpkins, beetroots, celeriac, black cabbage, kohlrabi, and a myriad of varieties of local potatoes are coming through our door.” In a large kitchen obscured behind the main dining room’s bar, Wolf-Tasker, head chef David Green, and the restaurant staff transform this bounty each day into an abundant breakfast buffet, a hearty lunch, and a memorable dinner that showcases the best that the state of Victoria—and these gifted chefs—has to offer. Guests might select an entrée of smoked Skipton eel in pancetta, shallot confit, beetroot rémoulade, and fresh horseradish. As a nod ?to her Russian-immigrant parents, Wolf-Tasker also offers blinchiki (tiny crepes filled with wild mushrooms and goat cheese) and borscht, one of several vegetarian options. Her main courses feature locally raised beef (served with pickled walnuts, corned silverside, and a delicious peppered house sausage), duck, crisped pork bellies with cider-braised trotter sauce and a hot apple, and, finally, roasted spa venison served with chocolate chili jus. These and the other dishes at Lake House are cooked to perfection and served in a setting that is welcoming, warm, and decidedly unpretentious.

Since the 1970s, Australian cuisine has undergone an epic transformation, thanks, in part, to visionary chefs like Wolf-Tasker who recognized the country’s homegrown potential. “Originally, local chefs and diners thought that we were behind other food cultures in the world,” she observes. “But in a way, it has been better for Australia to emerge slowly. We have been a bit freer to develop our own styles and our own sense of place.”