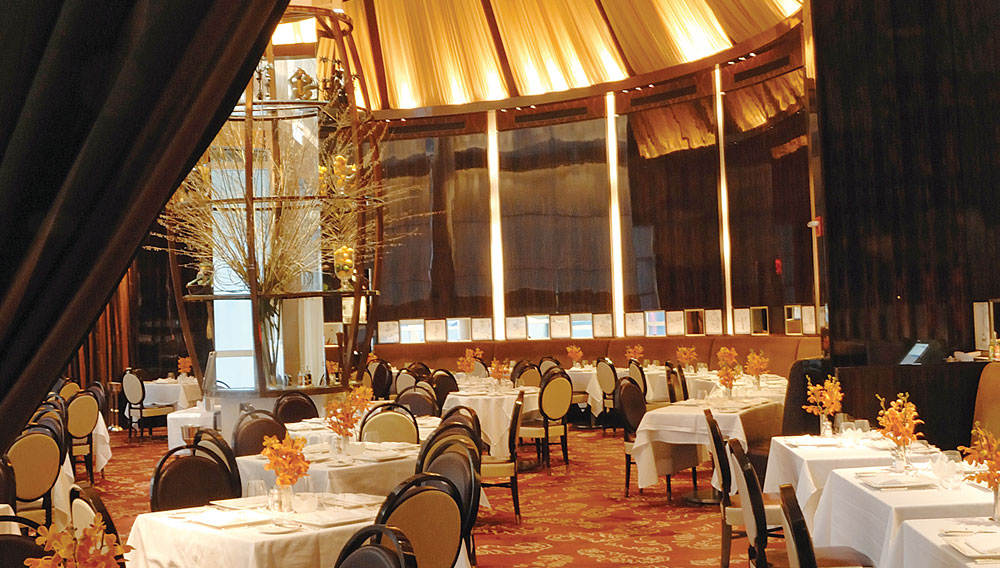 When Le Cirque opened in 1974, it received immediate criticism. Its proprietor, Sirio Maccioni, was not “democratic” in his seating practices—ensuring that the best tables went mainly to the beautiful, the famous, and the powerful—and, as The New York Times reported, its fare was more bistro-type than fine French cuisine. At the same time, Le Cirque stood out as an innovator among the ranks of Manhattan’s French restaurants: As a Tuscan, Maccioni did not feel constrained to adhere to the sometimes stultifying traditions of classic French cookery; instead he presented guests with more creative, less rigid menus than those of once-legendary culinary palaces like Lutèce, La Côte Basque, and La Caravelle. Over the years, Maccioni allowed his young chefs—among them Daniel Boulud, David Bouley, and pastry master Jacques Torres—?to modernize haute cuisine in ways that satisfied both the old guard and the new elite.

Today some say this trendsetting restaurant of the ’70s and ’80s has become outdated. But while the longtime ringmaster, who is now 77, continues to cater to Le Cirque’s loyal habitués, his three sons—Mario, 44, Marco, 41, and Mauro, 37—are looking to attract a clientele of their own generation. As Mauro told the media last year, “We want a great chef, someone who will get us three Michelin stars.” The restaurant currently holds none, though its Las Vegas sister venue (also named Le Cirque), which Mario manages, received its first Michelin star last year.

The executive chef on whom the younger Maccionis have pinned their Michelin hopes, Craig Hopson, arrived at the Manhattan flagship in December. Unlike most of his seven predecessors at the restaurant, Hopson is not French but Australian. Still, he is no newcomer to classic French cuisine, having trained in some of Paris’ most illustrious restaurants, including Guy Savoy and Lucas Carton. Moreover, as chef de cuisine at New York’s Picholine, Hopson helped that restaurant earn two Michelin stars.

Hopson was one of six final candidates for the position at Le Cirque. “It was hands-down once we tried his cooking,” Marco says. “When he made a ham-hock consommé with pecorino ravioli, my father saw an elegant simplicity that our customers would easily order. [Hopson] makes even the most humble-sounding dishes fit for a king.”

In tying on the apron strings at Le Cirque, Hopson is well aware that he also is tying himself to an establishment that has become an institution. “When I interviewed with the Maccionis, they told me to cook whatever I want,” says Hopson. “But they also told me I had to be able to make what they call the ‘menu that’s not a menu,’ which consists of signature dishes—like flounder Le Cirque, osso bucco, and pasta primavera—that are not actually printed on the menu. While I respect the history of Le Cirque, I also try to take out some of the stuffy plating and make lighter and fresher-tasting dishes.”

To that end, Hopson’s menu includes a butterless, creamless pea soup; a softshell crab made tempura-style (instead of sautéed in butter); and updated specialties such as a terrine of foie gras, rabbit, and bacon that is served with tempura-fried squash and a Granny Smith apple gelée.

In Hopson’s hands, Le Cirque appears once again to be breaking new ground, successfully enlivening its new act by borrowing a few tricks from the old.