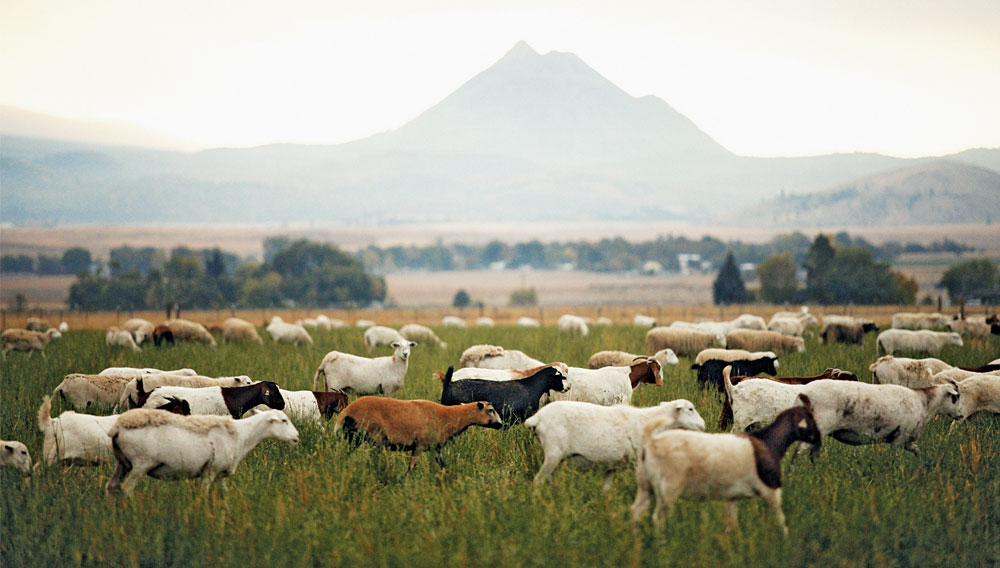 In 2009, Anya Fernald was presented with 10,000 acres of dry land below Northern California’s Mount Shasta and issued a challenge by the owner: Make it productive and profitable. The soil was too poor to cultivate, but Fernald—at the time a business consultant who had worked with the Slow Food organization and artisanal-food producers around the world—had a big, beefy vision. Three years later, the result was the Belcampo Meat Co., an unprecedented effort dedicated to organic, naturally raised meat.

Belcampo essentially raises an entire butcher shop on its property. In addition to cattle, there are sheep, pigs, goats, rabbits, chickens, turkeys, geese, ducks, quail, and more. Then the company controls every step after that. It processes the animals as humanely as possible in its own abattoir, designed by the livestock activist Temple Grandin, and sells the meat, bacon, and charcuterie exclusively on its website and in its shiny butcher shop and restaurant in Larkspur, Calif. The meat-centric restaurant—which offers dishes such as the Meat Board, a plank of wood with a changing selection of grilled steaks, chops, and sausages—is ambitious enough to have garnered a two-star review from the San Francisco Chronicle in March.

The ranch raises both conventional breeds and hardy, heritage animals that are suited to foraging; the pigs, for example, are a cross between Berkshires and Ossabaws, “a breed that hunts rattlers,” says Fernald. But more significant to the quality of the meat, she says, is the careful stewardship of the land and the animals. “Grass-fed beef is a long capital turnaround,” says Fernald, now the CEO of Belcampo, which is owned by Todd Robinson, a founder of LPL Financial. “Most producers are butchering at 18 months to survive financially, but the animals are not ready. We’re slaughtering at 24 to 28 months, and we use extremely sensitive animal-handling techniques.”

After giving cattle more time to fatten in the pasture, Belcampo dry-ages its beef for 21 days. Both practices make a remarkable difference. The beef is lean and complex, with none of the dry toughness of most grass-fed meat. Offerings on the website include extra-thick rib-eye steaks ($125 for two steaks that together weigh about 4 pounds) and a full rack of wagyu beef ($2,000 for 28 pounds).

Fernald seems to have exceeded the initial challenge. The ranch is more than just sustainable; it is growing. In July, Belcampo purchased 12,000 acres of nearby pastureland, and it plans to open five more locations in California this fall—markets in Los Angeles, Santa Barbara, and Palo Alto, and markets with restaurants in San Francisco and Santa Monica.