To his surprise, chef Walter Scheib III does more talking than cooking these days. Since leaving the White House in 2005, following 11 years of feeding presidents Bill Clinton and George W. Bush and their families, he founded the American Chef in Great Falls, Va., through which he offers catering and accepts speaking engagements. “About 60 percent of the time I’m asked to speak, and 30 percent of the time I’m asked to produce a menu,” Scheib says. “I didn’t expect the mix to be that way.”

Playing the star is a new role for Scheib, who served as only an ensemble member of the presidents’ household staffs. “High-profile chefs are about personality, but when you’re working for the first family, you sublimate that,” he says. “You’re not there for you, you’re there for them, and in many cases, you’re anonymous.” When he formed his company two years ago, however, Scheib recognized that he had to promote himself. In addition to speaking at various events, in January he published White House Chef: Eleven Years, Two Presidents, One Kitchen (John Wiley & Sons, 2007), a memoir that he coauthored with Andrew Friedman. The book is mindful of his former employers’ privacy, but Scheib does allow glimpses of their lives. Hillary Clinton hired him in 1994 (when he was executive chef at the Greenbrier resort in West Virginia) because she wanted lean, light cuisine that showcased American ingredients—including tomatoes, peppers, and herbs grown in a White House roof garden that she requested—instead of the French-influenced fare that the previous chef prepared. But, Scheib writes in his book, when Hillary was away, Bill Clinton often would request an off-menu meal of steak and onion rings. Scheib writes of another occasion when Hillary returned home from a trip exhausted, and how her dampened mood permeated the White House staff. Sensing a need for comfort food, he ignored the preapproved virtuous lunch menu and sent the First Lady a plate of steak fajitas. Half an hour later, he recalls, she phoned him and said, “Walter, I just want to tell you, that was good . . . . Sometimes you just need something good. Thank you.”

The Bushes preferred fare that would not appeal to the health-conscious. For lunch, the president chose modest sandwiches such as a BLT. But, Scheib says, he does not view the Bush menu as a regression from the one championed by Hillary Clinton, to whom he dedicated his book. “The residence is the only island of sanity they have,” he says of the first family. “Elsewhere, they’re onstage. We make it as much like home as possible, and if that means making a great BLT, fine.”

Ever the diplomat, Scheib discusses his departure with grace and tact. He left soon after the December 2004 arrival of social secretary Lea Berman, who reportedly criticized his menus. “She was giving the Bushes what she perceived to be what they wanted, as did I. We didn’t have a chance to really work together or dovetail,” he says. “But at the White House, every day is potentially your last day, especially after an election. I was thrilled to stay after the first four years. I have no bitterness. If I knew how much fun I’d have doing what I do now, I might have left earlier.” 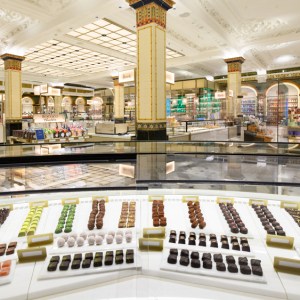 Willy Wonka Who? Harrods Built a Chocolate Lover’s Paradise With Its $421 Million Renovation 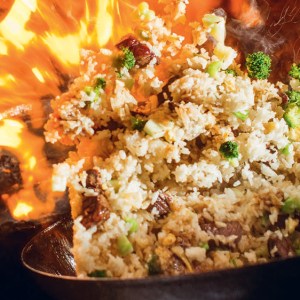