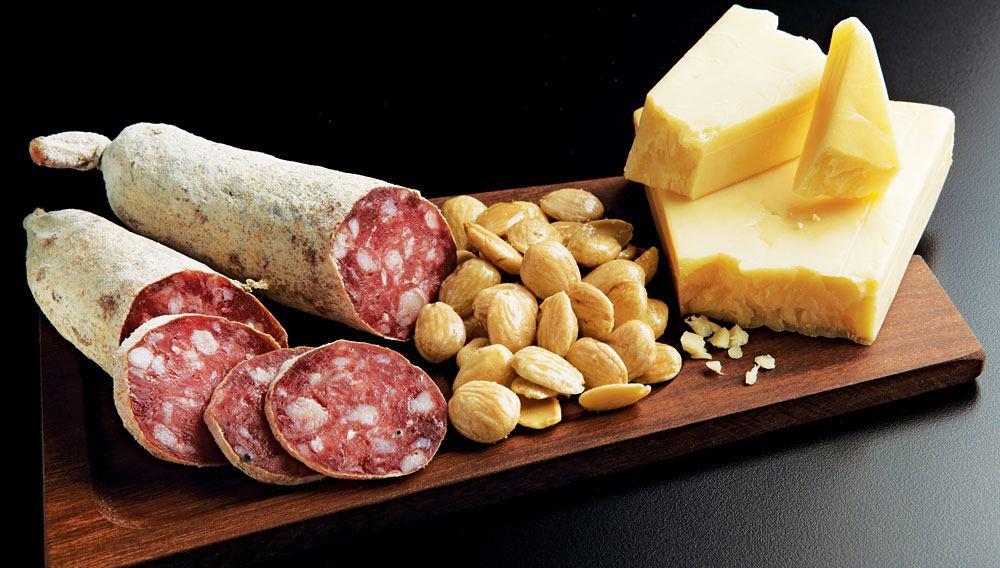 In the Piedmont region of Italy, where Cristiano Cremi­nelli’s family has been curing artisanal meats since the 1600s, chubs of salami might be redolent with Barolo or white truffles.“In Italy, we make 900 kinds of salumi,” Creminelli says, using the collective term for salami, prosciutto, and other cured meats.“In Italy, the first religion is food.”

Six years ago, Creminelli came west—to Utah, of all places—to spread the gospel and add some new verses of his own. He had spent months traveling the United States to source naturally raised, organic Duroc and Berkshire pigs before discovering that some of the best producers were near Salt Lake City, which also has an ideal dry climate. “It can be 1 percent humidity here—that is amazing for me,” says Creminelli, who cures meat using only, as he likes to say, salt and time.

Creminelli’s company, Creminelli Fine Meats, soon won acclaim for traditional salami such as soppressata and finocchiona and became a leader in the burgeoning American charcuterie movement. His porchetta, the Italian version of roast pork, is made using a 2,000-year-old recipe and a La Porta Forni oven imported from Italy specifically to achieve the shatteringly crisp skin and rich, melting interior. Creminelli’s meats can be found in specialty markets throughout the country, but in the last year, he began offering the salami-obsessed a glimpse inside his workshop.

“I spend a quarter of my time experimenting,” he says, noting how he makes small batches of salami flavored with what are now his local ingredients, such as bacon or even whiskey from the Utah distiller High West. Early on, he was inspired by pork from a nearby farm where the pigs are raised on apples. The meat was sweeter than usual, and he seasoned it with cinnamon and ginger, “like apple pie,” he says. Creminelli called that salami the Americano. It is now sold only at Whole Foods Markets.

His “experiments” are available exclusively to members of the Creminelli Club, who pay $185 a year for quarterly shipments. A recent release included two fragrant sticks of truffled wild-boar salami, as well as truffled Marcona almonds, a wedge of apple-walnut smoked cheese from the Utah producer Beehive Cheese Co., and a small wooden snack tray. One would expect to be overwhelmed by the funk of boar and truffle, but Creminelli created a salami that was deeply compelling yet subtle by blending only the dark-red lean meat of the gamy boar with the creamy fat of Duroc pork. Instead of pungent truffle oil, he used fresh black truffles, hand-ground with salt to distribute the flavor throughout the meat.

“My idea is to be not so strong, which is actually more traditional,” Creminelli says. “Here I see a lot of people using a lot of spice, but I work more the other way. I work to bring out the flavor of the meat. The flavor of the spice is easy.”