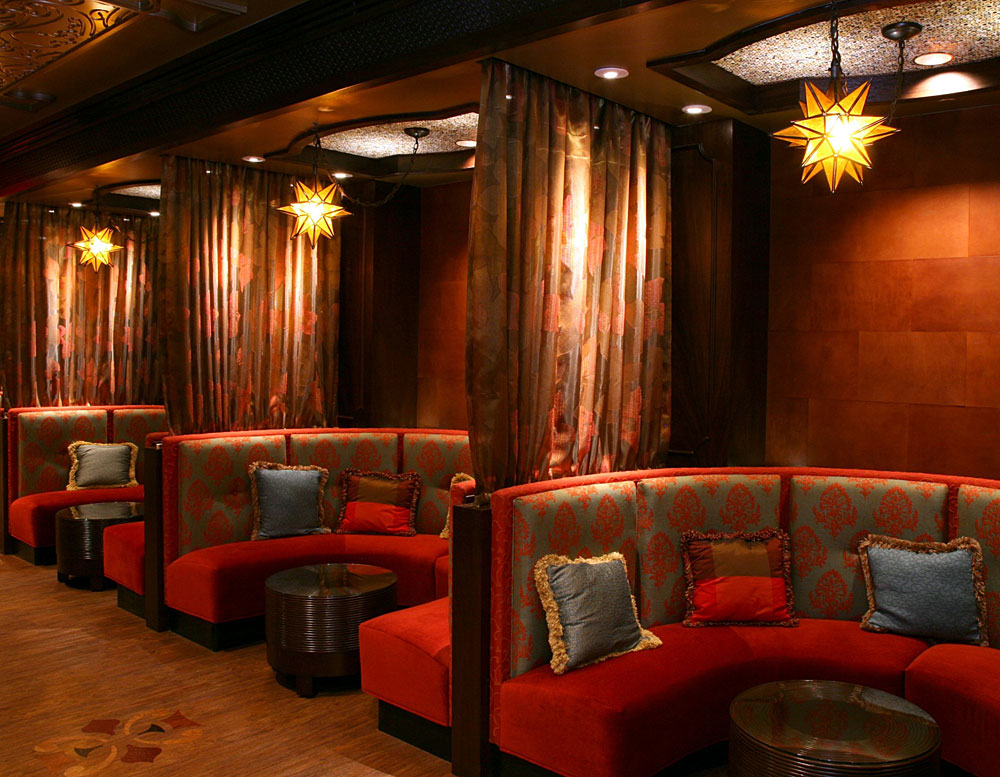 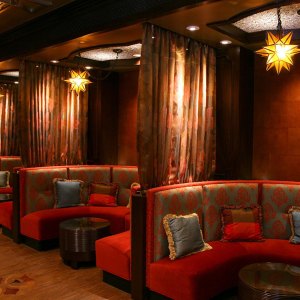 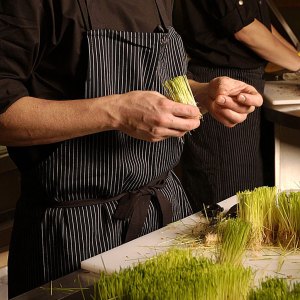 Chef Michael Voltaggio is back where his career began. He has returned to the Greenbrier, in the West Virginia mountains, to run its new restaurant, Hemisphere, and elevate the reputation of the resort’s food. The Greenbrier’s executive chef, Peter Timmins, offered Voltaggio the Hemisphere job without interviewing any other candidates; he was that sure of his choice. “The Greenbrier keeps an eye on its star pupils,” explains Timmins.

Voltaggio first began working at the Greenbrier more than a decade ago, at age 19. On Christmas Eve 1997, he drove to the resort from where he lived in suburban Washington, D.C., to try out for a culinary apprenticeship. He ended up working a 12-hour shift that night, hopping from station to station. “We were slammed, but I held my own with the career guys,” he recalls. “I knew this was where I wanted to be.”

Voltaggio’s performance earned him a three-year apprenticeship, after which he departed for the kitchens of the Dining Room at the Ritz-Carlton, Naples, in Naples, Fla., and Charlie Palmer’s Dry Creek Kitchen, in Healdsburg, Calif. Voltaggio acknowledges that returning to the Greenbrier to run Hemisphere, which opened last summer, was a risk for him. “The project was just ideas [when he accepted the job offer in late 2006],” he says, “but I loved the challenge of creating it from scratch.”

Before designing Hemisphere’s menu, Voltaggio spent months traveling through Europe to broaden his experience of fine dining. While in Madrid, he attended a chefs’ conference and received what he describes as a “wake-up call.” Ferran Adrià, the dean of molecular gastronomy, told the audience that his cutting-edge techniques are meaningless if he cannot first secure the best ingredients. “The big names ignored process and focused on product,” Voltaggio says. “Adrià was talking about who grows his vegetables.”

Hemisphere benefits from Voltaggio’s placing a similarly strong emphasis on ingredients. He uses genuine Kobe beef—for the unique texture it gains from its marbling, not because it is rare and expensive—and he flies in glass eels from Maine and quail from California. While focusing on the product, Voltaggio also employs some of the innovative processes that Adrià pioneered. He prepares squab breast pastrami, one of his signature dishes, by brining the breast sous-vide and serving it with potato salad, a dollop of unsweetened mustard ice cream, and tiny cubes of jellied consommé infused with rye, malt syrup, and caraway seeds. The flavor combinations evoke a deconstructed New York deli pastrami sandwich.

The Greenbrier also offers its guests the Main Dining Room, which features more classical cuisine, as well as Sam Snead’s, a boisterous steak house at the Golf Club, but Voltaggio concentrates strictly on Hemisphere. To explain Voltaggio’s role at the resort, Timmins uses a NASCAR analogy: “If you have a great driver, you don’t want him worrying about things the pit crew can handle. You just want him to drive—and win.”