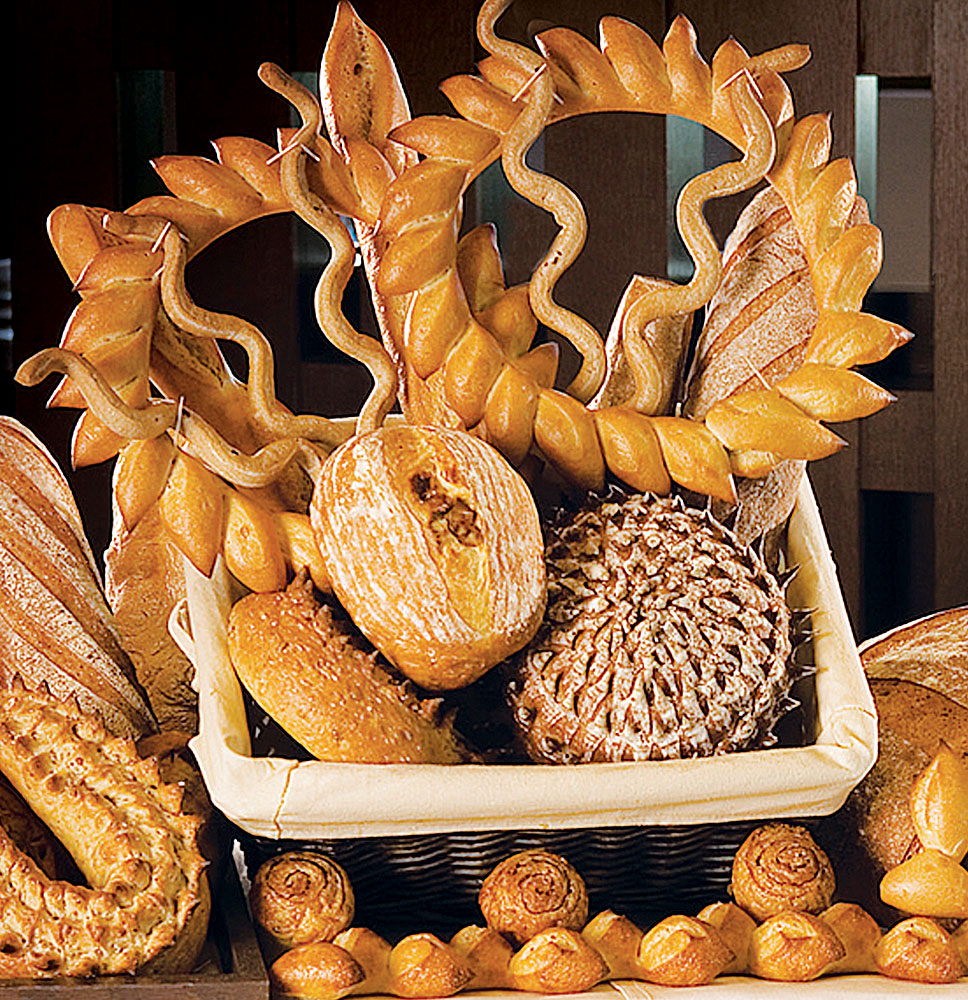 Chef Eric Ziebold intended his Parker House rolls to be a trifle between courses at CityZen, his Washington, D.C., restaurant—he does not even list them on the menu—but they have become one of CityZen’s most popular offerings. Regular diners call ahead to request extra servings of the tiny, fluffy rolls, which are baked in conjoined batches of 10, topped with fleur de sel de Guérande (a coarse sea salt from the Brittany region of France), and presented in shallow wooden boxes.

Ziebold rations one serving per table because the rolls are labor-intensive; two chefs spend two hours preparing the 50 to 60 boxfuls that are consumed per night. Patrons at the adjacent CityZen bar, where the rolls are not served, have begged for a box. “I had no idea these things would have such an effect,” says the 35-year-old Ziebold. He adds that he never sought to have a signature dish at CityZen. “But the rolls are perfect,” Ziebold says. “Flour is always in season.”

CityZen is a rarity; few restaurants devote the time, space, and manpower to baking their own bread. But Ziebold’s restaurant and some others that make the effort prove it can be a worthwhile one.

French chef Guy Savoy gives bread his full attention. He provides his patrons in Paris and Las Vegas with at least 15 different choices, all arranged on a cart pushed by a server who advises on pairings. The lemon bread, which contains pieces of the fruit, complements fish dishes; the juniper bread is for strong meats such as venison and game; and the spiky, round chestnut bread is an ideal companion for seared foie gras. “We try to go beyond what the guest expects by pairing breads with dishes,” says Franck Savoy, Guy’s 28-year-old son and the general manager of Restaurant Guy Savoy in Las Vegas. “Every time we create a new dish, we try to pair it with a bread we have.” If the restaurant cannot find a good match, bread baker Virginia Fistrovich creates a new one. She usually does this two or three times per season.

Gilt, a restaurant at Manhattan’s New York Palace Hotel, also offers its patrons bread baked on-site. David Carmichael, the 37-year-old pastry chef, prepares five selections for the bread tray. These include a multigrain rye, a lemon rosemary focaccia, a pecorino cheese bread, and a hickory-smoked sourdough, for which he adds wood chips to the oven just before loading the raw loaves. Recently he added a fermented apple cider bread to the lineup.

“I never repeat a shape,” Carmichael says. “Five breads, five shapes.” The round focaccia is served in individual shallow tins; the square cheese bread is baked in a manner that gives it an all-over crust. “The crunchiness contrasts with the cheese in the middle,” Carmichael says. “It’s about texture contrasts.” He makes 250 pieces of bread a day and bakes three of the five varieties (cheese, cider, and focaccia) during the dinner service. “We open at 5:30 at night, and about 5:25, the first batch is out of the oven,” he says. “If we bought bread [from outside suppliers], we’d never get that freshness. It’s impossible.

“Restaurants that make their own bread are rare, very rare,” Carmichael says. “The biggest thing about Gilt making its own bread is we can pay attention to what goes into it. We’re not producing bread for hundreds or thousands. We’re able to make something that’s just a little more elegant.”