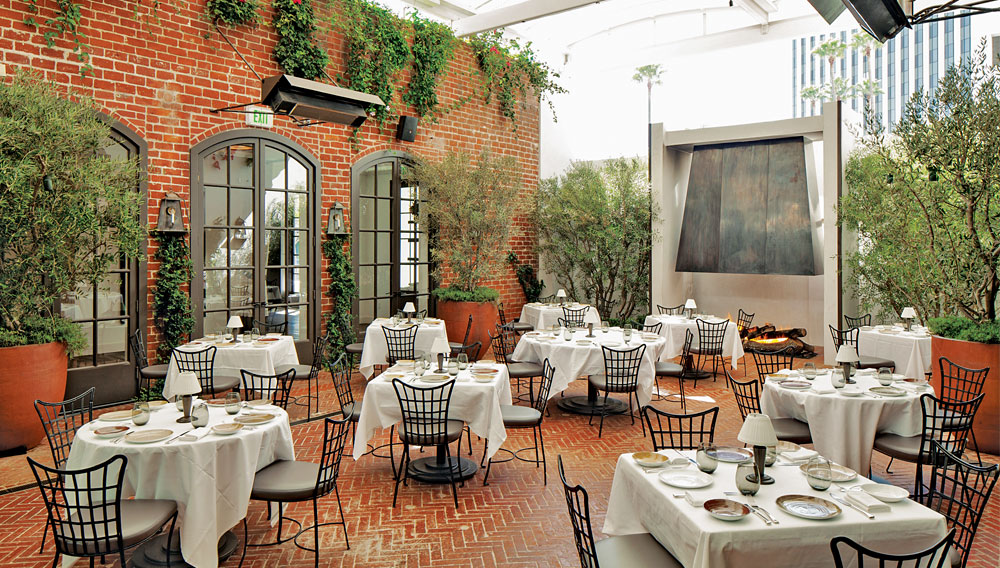 Wolfgang Puck, one recent warm winter evening, is describing the epiphany he had about three years ago when he walked into Spago Beverly Hills, the flagship of his 100-restaurant-plus empire. “You know what?” he says. “It looked old to me. And when I get this feeling, it’s time to go to work.”

This frenetic era of pop-up restaurants and migratory chefs has become a make-or-break moment for grand old restaurants. In the past year or so, Charlie Trotter’s in Chicago and Locke-Ober in Boston have shuttered, while Le Bernardin in New York City, Le Bec Fin in Philadelphia, and the Polo Lounge in Los Angeles have reinvented themselves. Now, in Puck’s words, it is time for Spago to be “the new thing again.”

Perhaps no chef understands reinvention better than Puck. He energized the Los Angeles dining scene when he opened the original Spago in West Hollywood 31 years ago and then kept the restaurant exciting and relevant by revamping it in 1997, when it moved to its current location. This third incarnation retains all of Spago’s old charisma while raising its profile among the heat-seeking generation of diners.

The new interior, by the decorator Waldo Fernandez, makes a cool statement with a classic pale palette enlivened by modern works by Los Angeles artists. On the patio, Fernandez added two enormous fireplaces and lowered the roof and made it retractable. The bar, furnished with low tables, now extends into the area between the dining room and the patio, making it the ideal spot to take in the action and have a drink and a bite—maybe some crisp, sautéed oysters accented with curry and a fine dice of cucumber.

The menu—in the hands of chef de cuisine Tetsu Yahagi and, as of January, pastry chef Della Gossett—is as global as ever, ranging from the jewellike chirashi sushi to the subtly luxurious veal tartare. Skate wing wrapped in a banana leaf with spicy sambal startles with complex flavors, as does a simple amuse bouche: a tiny nest of shredded phyllo cradling a raw quail yolk and a shaving of white truffle. Of course, Spago’s regulars also demand their old favorites, and so the smoked-salmon pizza, Wiener schnitzel, and cones of tuna tartare are still available by request, as is a tasting menu ($120 per person for five courses or $150 for eight; $170 and $220, respectively, with wine pairings).

The restaurant’s master sommelier, Christopher Miller, has assembled a wine list that matches the creativity of the kitchen and is deep enough to meet the boundless desires of Spago’s clientele. The 38,000-bottle cellar includes the top wines from every important region and a substantial quantity of half bottles, magnums, and larger bottles.

“Times have changed,” Puck says as he surveys his dining room, filled by not only the prosperous crowd that has long followed him, but also by new faces, such as the leather-jacketed young men who rolled up in a Maserati for a boys’ night out. For the moment, at least, Puck looks content. “Fine dining isn’t over. Today it’s just a different style of fine dining. People want entertainment, and they want good-quality food and good products too. And if we told people they had to wear a jacket to have that, they would not be happy.”