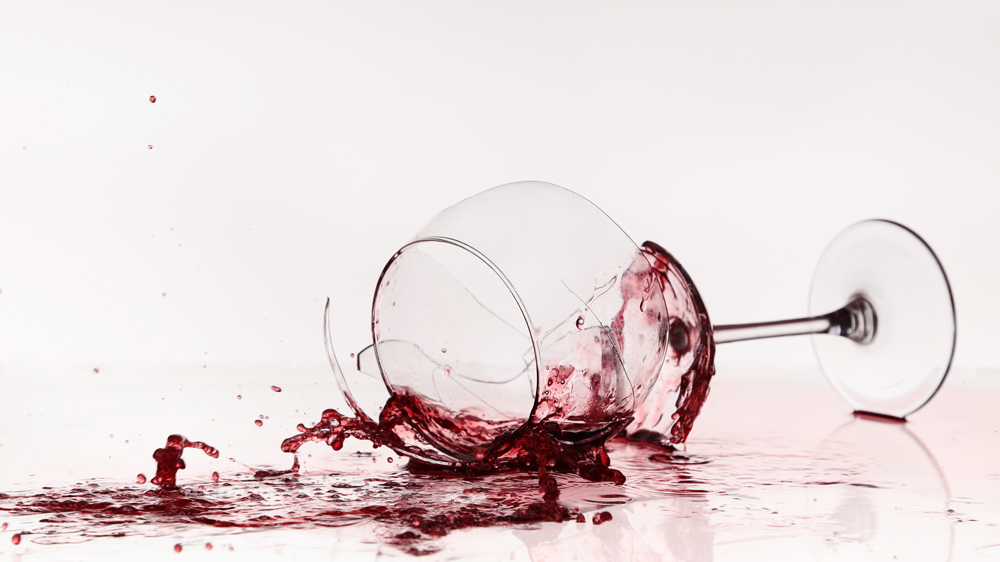 The title “master sommelier” carries not just prestige in the wine world, but financial rewards as well. Sommeliers who have endured the training and passed the notoriously difficult exam, generally earn double what they made before earning their pin. In America, only 155 have attained the status, meaning more Americans have traveled to space than have become a master somm. So for good reason, the Court of Master Sommeliers-Americas (CMS-A) is a club that thousands of people have tried to enter. But a series of scandals the last few years has revealed a rot all the way to the core of this august institution. Unfortunately, until it was completely backed into a corner, the court has shown little interest or ability in handling the crises. The court is beyond repair and should no longer exist.

The latest scandal is the final straw. Julia Moskin interviewed 21 women for The New York Times, detailing a pattern of sexual harassment and misconduct by members of the court over years. Moskin wrote that “the abuse is a continuing problem of which its leadership has long been aware.”

Moskin’s story also described how unreciprocated sexual advances could be hurtful to a person’s advancement by closing them off to vital mentorship within this cloistered organization. It led to a culture of fear and silence that fed the toxicity. And the entire situation betrays the notion that this organization is some great meritocracy.

Founded in 1997, the American chapter of CMS-A really burst into public consciousness with the 2012 documentary Somm, which followed a handful of bros trying to pass the final exam. That movie was the perfect sleight of hand. It painted the portrait of young sommeliers in pursuit of encyclopedic knowledge of wine, where the master somm pin was the end point of hard work. What could be more appealing to a generation obsessed with Malcolm Gladwell’s faulty “10,000 Hours Rule” and elite accreditation, paired with society that rewards those things.

An aspiring somm’s willingness to endure this crucible was seen as a testament to their desire. Of course, the Times story clearly shows the degree of abuse doled out along the way to prospective somms was not evenly distributed. The court’s culture made aspiring members ask themselves, “Just how much are you willing to swallow your pride and even debase yourself to climb the rungs of this organization’s ladder?” For women that meant having to fend off sexual advances by the very same men judging them. For prospective Black master somms, that meant calling your mentors “master” and being looked at askew if you thought that was absurd. Achieving the master sommelier pin was not simply the end point of knowledge accumulation and a test, but the navigation of a very male and white club that held power over a somm’s professional and financial wellbeing.

The perversity of this arrangement is not unique to the court, of course. It’s the case in Michelin-starred kitchens and sports and more. But this singular institution has shown a pattern of bad judgement worthy of scorn.

In 2018, a record number of people passed the master somm test, but the CMS-A revealed a few weeks later that a proctor and master somm had leaked info about the blind tasting to exam takers ahead of time. The CMS-A angered not just the examinees but other members of the court by stripping the somms of their pin and doing so in an opaque way.

Master somms including acclaimed restaurateur Bobby Stuckey, writer and winemaker Richard Betts, and Somm star Dustin Wilson asked the board for further clarification of the board’s decision, but received little received little explanation and highly redacted notes from the meeting where the decision was made. “You would think they were coming from the CIA,” Wilson told wine site SevenFiftyDaily. “What’s going on here? It’s a wine certification process, not national security.”

Then, this year, in the wake of Black Lives Matter demonstrations across the nation, the court first dithered on showing support for BIPOC wine professionals and then added insult to injury when they finally did. The CMS-A tried to quell criticism by posting a statement that it would support Hue Society, an organization of Black wine professionals. That came as news to the founder Tahiirah Habibi, who said she was never contacted by CMS-A ahead of its statement, and said she had actually removed herself from the organization years earlier because she didn’t believe it aligned with her values. So, in effect, the CMS-A tried to draft off of Habibi’s good will and good work in order to give themselves cover, without even offering her the respect of speaking with her first.

If you are in positions of power, check yourself on how you use that power and who you hurt with it. • • It is time for the wine industry to STOP taking “safe” stances in order to keep your primarily white audience comfortable. Include Black and Brown people in the foundational decisions and planning, instead of using them retroactively as tokens. Enough. • • -If you are the president of a distributor, the CEO of a winery, if you own a wine shop, ask yourself— are you teaching or hiring black people? • • -Make sure you are using your positions in the industry to create front line marketing and placements of Black brands. • • -Make sure your mentees don’t all look like you. White people have the task to other white people to end racism. • • If Master sommeliers are the aspirational peak of our industry, then they will have to challenge each other to make this institution accessible for everyone to aspire to. • • Your intentions may be good but your actions are what you will be held accountable for. • • @richelieudennis @fiyawata #huesociety #assimilationnotrequired #wineandculture #blacklivesmatter

Members responded, and some argued the CMS-A was simply too sclerotic to change. Brian McClintic, who was featured in Somm, said just that when he resigned from CMS-A in the wake of the court’s poor response to BLM protests. He wrote in his resignation post that the because the 15-person board required 100 percent approval on issues before it, meaning one person could hold inordinate amount of power over the entire organization. That matters because the court isn’t just an accreditation that you attain and move on; there’s an obligation to be participate in mentoring and other activities. He felt he could no longer be a part of it.

Betts resigned just before McClintic, becoming the first person to ever turn in their pin. “I’ve come to understand that those by-laws have evolved in such a manner as to effectively prevent all but the old guard from running for the board of directors which is responsible for shaping policy,” Betts wrote. “This organization has seemingly evolved from an educational one to an elite accrediting one. I find this disturbing.”

After the Times article, more members have spoken up against the board. “While there are great individuals on the [board of directors], they have failed collectively,” master sommelier June Rodil wrote. “To bring about reform, we must have radical change. I have asked for the resignation of the current BOD with suggestions on how to transition into an evolved body that can educate, support and protect our members and students properly.”

For others, that’s not enough. Last Wednesday, master somm Alpana Singh resigned from the court. “We are tasked to serve in what is in the best interest of our guests. If we were to consider the candidates of the Court of Master Sommeliers, I am saddened to say that we have failed to live up to our code of honor,” she wrote on her site. “You can’t say you stand with Women, BIPOC and members of the LGBTQIA community but stay with the source of so much of their pain.” She’s been joined by Corkbuzz founder Laura Fiorvanti and partner at the New York restaurant Racines Pascaline Lepeltier.

After vague promises to make changes in the wake of the Times article, late last week CMS-A suspended seven members, pending an investigation, including the organization’s cofounder Fred Dame. That didn’t temper the membership’s anger. On Friday, chairman of the board Devon Broglie stepped down, while the other board members remained in place, despite widespread calls for them all to go. It’s further evidence the CMS-A’s leadership keeps trying to do as little as it can with the hopes that its latest incremental step will be the one to get its membership off its back. That’s not leadership; it’s the absence of it.

All that money. All that time. All that work. It seems like a horrible thing for members who didn’t do anything wrong to have to throw away. But disbanding the organization is the only way to remove its pernicious influence. The Court of Master Sommeliers no longer deserves the power in the industry it has possessed, because it has shown time and again it is unwilling or unable to wield that power responsibly.