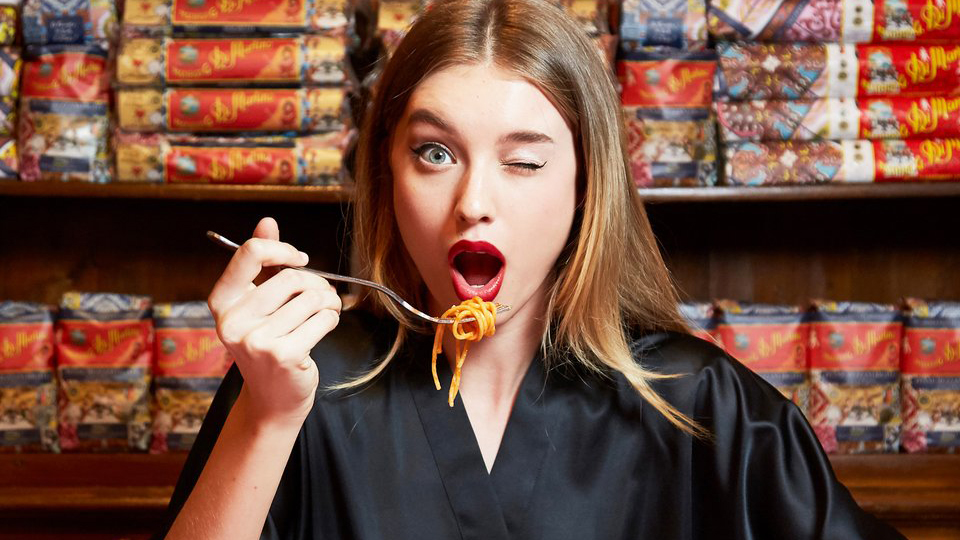 Italians know fashion (Mario Batali excluded). Italians know food (Mario Batali included). So it was only a matter of time before the two found a way to merge, with fashion house Dolce & Gabbana collaborating with century-old pasta-maker Pastificio G. di Martino for a very exclusive offering.

Dolce & Gabbana’s Instagram and Twitter feeds have been littered with models clad in black satin luxuriating in large bowls of pasta the last week, and Kate Krader at Bloomberg got the details on how high fashion met the not-so-haute cuisine of dried noodles.

“This is just the beginning,” Giuseppe di Martino, chief executive officer of Pastificio G. di Martino, told Krader about the companies’ planned 2-year partnership. “This is the first time ever in history that food and fashion have come together like this.”

For this first project, they’re creating 5,000 tins filled with spaghetti, paccheri, mista corta, and penne mezzani rigate. The respective companies are sticking to what they do best on their collaboration, with Dolce & Gabbana keeping its hands off the actual pasta-making and instead designing the limited-edition packaging along with an apron that comes inside the tin—one that your stylish nonna would truly love.

Most of the luxe tins will be sold in Italy in Naples and Bologna, and also at Dolce & Gabbana’s holiday display at Harrods in London. Americans will be able to buy the pasta at dimartinodolcegabbana.com and from select U.S. retailers, including Buonitalia in New York.