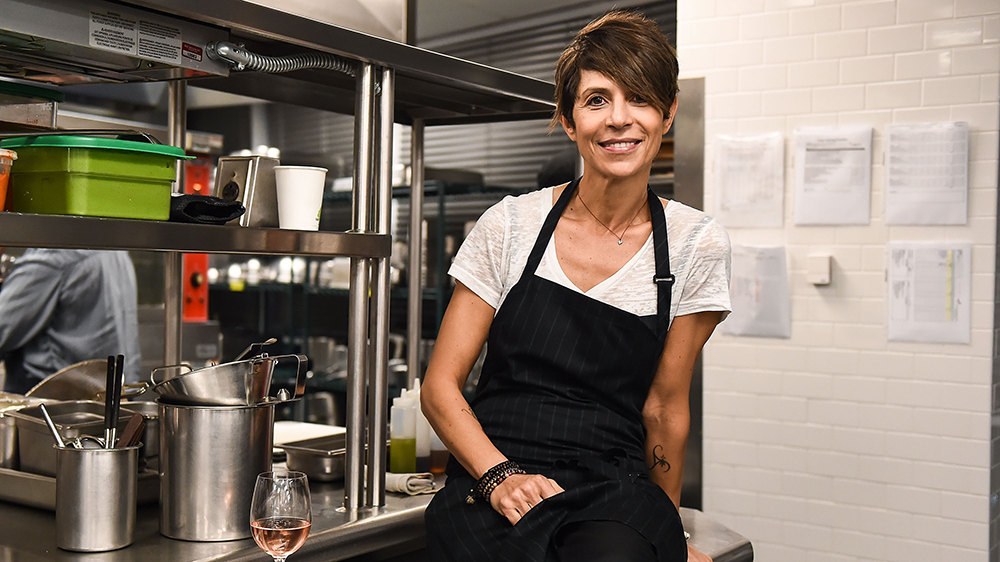 Another Dominique is making moves in Sin City. Only a few days after Dominique Ansel, the Cronut creator himself, shared details about his new Las Vegas pastry shop, it was announced that Dominique Crenn, the chef behind San Francisco’s Michelin three-star Atelier Crenn, will be opening a restaurant not far from the Strip.

Crenn’s upcoming La Madrina will be a plant-based taco joint, with Margaritas and a long list of tequilas and mezcals, according to reporting from both Eater SF and Eater Las Vegas. The new restaurant will be one of just two full-scale restaurants at the Sundry, a food hall opening in southwest Vegas early next year. The other restaurant on the premises, Mizunara, will be a sushi and whiskey spot from the team behind Shō Club, a members-only club and restaurant in San Francisco.

The Sundry, which will be part of the larger UnCommons shopping and dining complex, is the first Vegas project from TableOne Hospitality, which counts the celebrity chef Michael Mina among its partners. In addition to Crenn, Mina and his team have tapped a whole slew of culinary names to join the project—although La Madrina will certainly be at the top of many people’s must-visit lists.

Elsewhere at the Sundry, a number of Bay Area names will join Crenn. The pitmaster Matt Horn will open an outpost of his fried-chicken spot Kowbird, while Smitten Ice Cream and the California-Italian BarZotto will also take up residence. And if you can’t score a reservation at La Madrina, there’ll be even more food stalls serving up a veritable feast of cuisines: Bar Oysterette (oysters and Iberico ham), Dhaba Ji (Indian), Diane’s Bloody Mary, Kávos Coastal Greek Grill, Lamill Coffee Boutique and Petite Peso (Filipino).

Of course, a few local favorites will also be expanding to the Sundry. Two longtime Vegas-based hospitality pros will open up a sandwich shop, while the fancy donut spot Saint Honoré will launch a new outpost. And the James Beard–nominated Bruce Kalman will bring his SoulBelly BBQ to the area.

Foodies might come for Crenn, but they could very well end up staying for everything else.