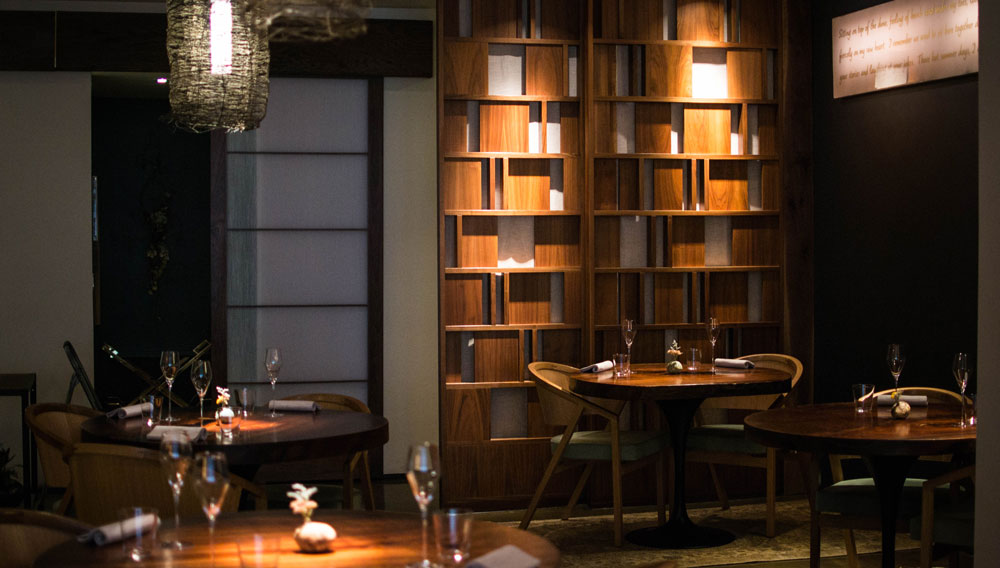 One of the undeniable joys of traveling is experiencing the local cuisine, from steaming helpings of pad see ew and ice-cold bottles of Coke in Thailand to freshly cooked tortillas in Mexico. Since there’s not always time to jet off to another country to sample the local flavors, Michelin-starred chef Dominique Crenn and American Express have teamed up to bring international cuisine to an American audience with the Crenn World Chef Series. The dinner series (which will kick off on November 19 and end on May 15, 2019) is slated to bring nine international chefs to Crenn’s San Francisco–based French restaurant, Atelier Crenn, for an unforgettable dining collaboration.

There will be two seatings per night, and each will offer a multicourse tasting menu for up to 20 guests. Chef Martha Ortiz of Mexico City’s Dulce Patria (which made the list for the World’s 50 Best Latin American restaurants) will start off the festivities on November 19 and 20. To ring in the new year on the right note, Peruvian chef Virgilio Martínez Véliz of Central in Lima will cook a meal on January 8. On February 5 and 6, chef Ángel León of Aponiente (a restaurant located in a 19th-century tide mill in El Puerto de Santa María, Spain) will bring his seafood-inspired fare to the City by the Bay. American chef Daniel Boulud of Daniel in New York City will plan the menu on February 19 and 20. Brazilian chefs Alex Atala of D.O.M. in São Paulo and Manoella Buffara of Manu in Curitiba will be overseeing the menu on March 19 and 20. German chef Jan Hartwig of Atelier in München will be cooking on April 23 and 24, and Belgium chef Gert De Mangeleer of Hertog Jan (a Michelin three-star restaurant just outside of Bruges) will be present on April 30 and May 1. Spanish chef Quique Dacosta of an eponymous restaurant in Dénia will close out the series on May 14 and 15.

Tickets are priced at $450 per person and include food and service; two optional wine pairings will be offered for an additional fee. Because Crenn is part of the American Express Global Dining Collection, American Express Centurion and Platinum card members will have the chance to purchase tickets during a 48-hour window before tickets go on sale to the general public. The presale period will start eight weeks before each event.

The highly anticipated dinner series isn’t the only project Crenn has been working on recently. Earlier this year, she opened Bar Crenn, her wine bar next to Atelier Crenn that’s an homage to classic French gastronomy.