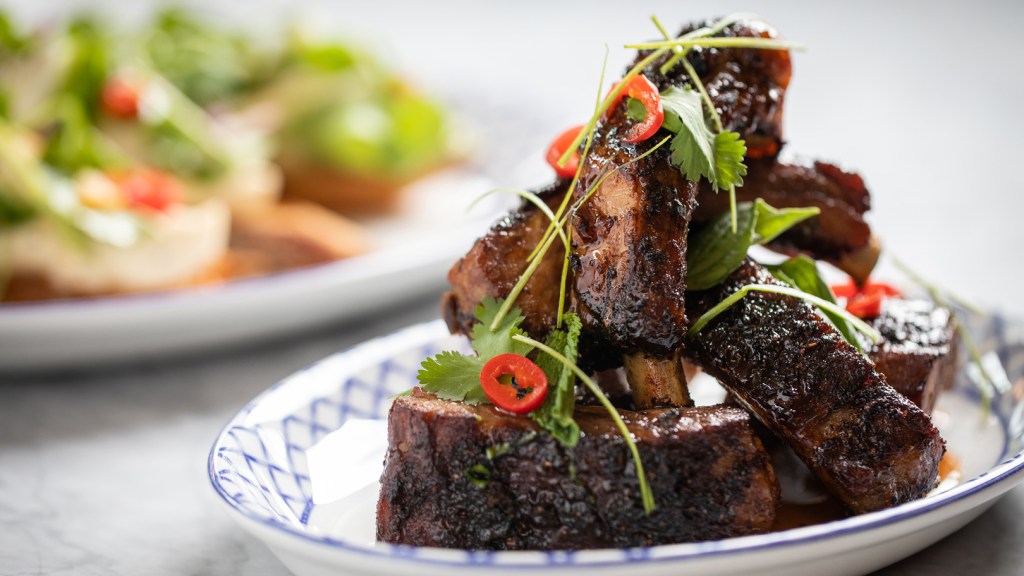 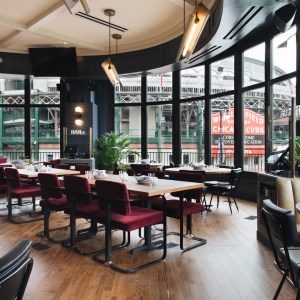 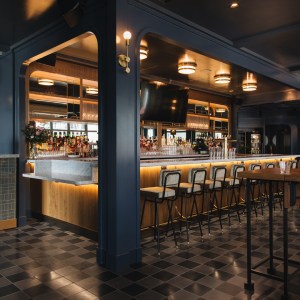 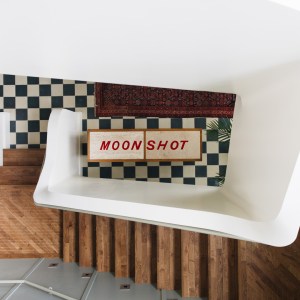 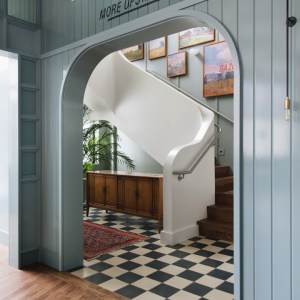 Back when I lived in Chicago, just down the street from Wrigley Field, the area surrounding the Friendly Confines wasn’t exactly a culinary mecca. A decade ago, I’d wander up and down Clark St. eating patty melts and tater tots, while drinking Old Style. Not that this is the worst thing, but it can feel pretty one note after a while.

This season, Wrigleyville’s food has vastly improved, with some of the city’s best restaurateurs opening up shop inside the new Hotel Zachary. Chef Paul Kahan—of Publican, Blackbird, and more—brought an outpost of his Wicker Park taco spot, Big Star, to the neighborhood last month. And Matthias Merges’ Folk Art restaurant group—which owns Gideon Sweet and Billy Sunday, among others—opened Mordecai, a two-story bar with the world’s largest selection of Pappy. And this week, Boka Restaurant Group opened its 19th restaurant, Dutch & Doc’s.

Boka is the team that has given Chicago some of our favorite restaurants including Bellemore, Boka, and Girl & the Goat. The group’s cofounders, Kevin Boehm and Robb Katz, are big Cubs fans themselves. So much so that when the North Siders broke the Curse of the Billy Goat in 2016 and won the World Series, they brought roasted goat to Wrigley Field the day after at the request of the team’s president Theo Epstein. So these guys are legit.

Christened as Dutch & Doc’s in honor of the 23 Cubs players who’ve had one of those nicknames, the restaurant is led in the kitchen by chef Chris Pandel of modern steakhouse Swift & Sons, and he’s created a menu featuring American and Mediterranean flavors. There’s a selection of steaks from a 12-oz. NY strip to a 22-oz. bone-in ribeye. Starters include hummus with tabbouleh and crispy pork ribs. And in addition to pastas, some of the featured mains are a roasted salmon with garbanzo beans, and a glazed short rib with pickled onion, watercress, mushroom conserva, and horseradish.  But, if I’m feeling nostalgic for my old days in Wrigleyville, there’s a patty melt for me to order too.

Dutch & Doc’s is now open for lunch and dinner and weekend brunch.