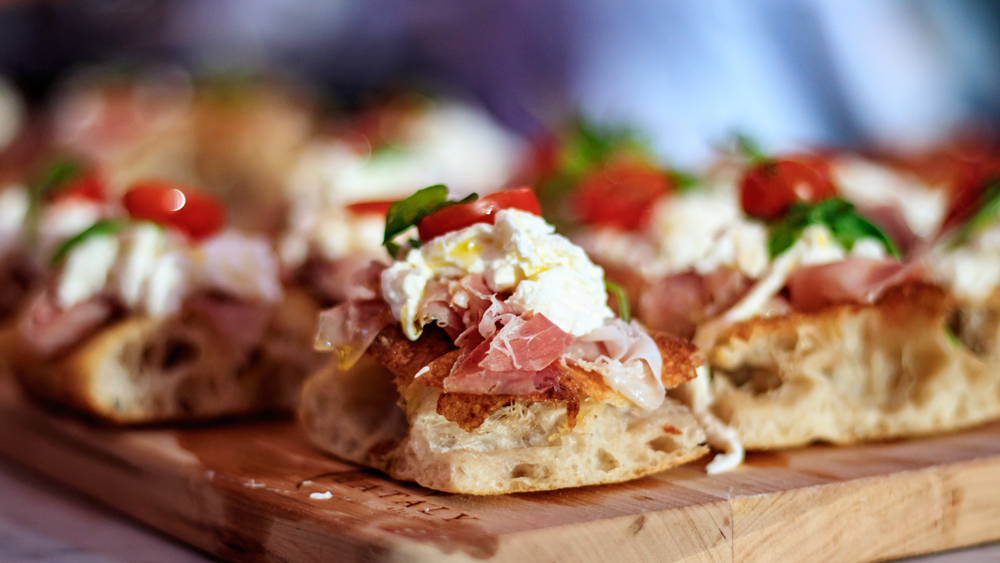 Walking through the Eataly that opens tonight on the Las Vegas Strip, flanked on one side by a fish counter and the other by a butcher, I see sunlight flow in through massive front windows, illuminating a large clock suspended from the ceiling. Words like “bright” and “airy” come to mind, but “Vegas” doesn’t. It feels far from a darkened casino that doesn’t want me to realize how long I’ve been sitting at the blackjack table. That’s by design.

“Everyone told me when I first came to Vegas that we’re not supposed to have a clock!” Eataly USA’s CEO Nicola Farinetti tells Robb Report. “We did a very non-Vegas store.”

The new Park MGM is stocked with places born outside Vegas, like Eataly. The sixth American outpost of the Italian market-meets-restaurant-meets-foodie-amusement-park is part of MGM’s reinvention of the old Monte Carlo. It accompanies a new NoMad, a remodel of the hotel, an LA-inspired restaurant by Roy Choi, a residency by Lady Gaga, and more.

Farinetti guided me through the new Eataly along with CFO Adam Saper and COO Alex Saper. There was the usual collection of artisanal bread, Lavazza espresso, different varieties of pizza, meats, cheeses, and ample spots to sip a spritz. As a chef blowtorched fish skin in front of us and another a few feet away pulled fresh mozzarella by hand, the theatricality common to every Eataly felt like a fit in Vegas. But the trio also discussed how Eataly had to change to make sense in Sin City.

In this version, there’s much less space devoted to buying your Italian groceries from pasta to prosciutto. Instead the retail is more integrated into the spots where you sit and eat. That way locals will still have Eataly as a shop for hard-to-get specialty items, but the tourists looking for food will still have plenty dining options. The place where you can buy your cut of steak for home is the same place you’ll dine on steak tartare.

And one of the largest changes is that Vegas will be the first Eataly open 24 hours a day. It will start with Gran Caffè Milano being staffed around the clock, then they’ll phase in more parts of the store to allow revelers to dine on Roman-style pizza late into the night.

Vegas is just the latest of the company’s recent expansion. Last year it opened a $106-million Disneyland of food in Bologna, Italy right after finally debuting in Los Angeles. But the company has undergone a notable shakeup since then. It’s public face has been sidelined.

At the LA location’s opening, famed chef Mario Batali shepherded me around their new digs. Not long after though, an Eater investigation revealed allegations of sexual misconduct spanning two decades. His likeness—in the form of cookbooks and other products—was quickly scrubbed from the premises.

During my Vegas tour there was no mention of Batali, until I asked Farinetti what the chef’s role inside the company was at present. “Mario hasn’t been involved in Eataly day-to-day in the past seven years probably. For us nothing has changed, to be honest. That will be my answer,” Farinetti said. When pushed further he added, “Since last December last year he stopped doing doing anything with us. We are in the process of divestment.”

The team continues to push forward sans Batali, preparing for further North American locations. Their next will be in Toronto, but they aren’t ready to announce any other stores. “We’re very eager to open more because we’re doing well,” Farinetti says. “But we’re on a mission of telling the story of high-quality Italian food and convincing people to put more time and thought into what they put into their bodies.”