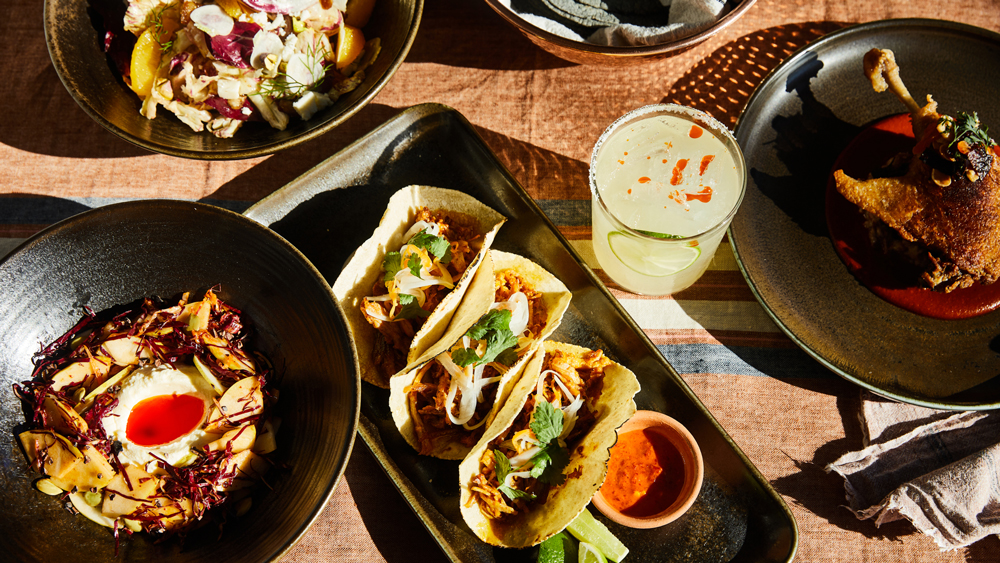 It’s a restaurant generations in the making. James Beard Award-winner Traci Des Jardins’ maternal grandparents emigrated from the Mexican state of Sonora and the chef herself was raised in the small agricultural town of Firebaugh, Calif., the daughter of a farmer. Now she’s merging those familial lines, opening El Alto, a restaurant that celebrates Mexican cuisine while drawing inspiration from the agriculture of California’s fertile Central Valley, where she grew up.

The duck dish especially shows off the duo’s dedication to Central and Northern California, as the apricots were once plentiful around Los Altos and the King City Pink Beans were brought to the Golden State a century ago, an heirloom varietal that originated in Mexico.

It’s the kind of food Des Jardins said she wanted to make when she decided to shut down her legendary San Francisco restaurant Jardinière back in 2019, after a more than two-decade run. Des Jardins established herself as a pillar of the Bay Area dining scene with her French-influenced California cuisine restaurant, which she opened in 1997, two years after winning the Beard Award for Rising Star Chef. In 2007, she tasted victory at the Beards again, taking home the prize for Best Chef: Pacific.

Back when Jardinière’s run ended, Des Jardins was frank about wanting to move on to a new style of cooking. “I looked at changing the concept and the interior, but I just didn’t want to do it. I’m ready to put it to rest. I’m tired of fine dining,” she told The New York Times at the time. “My passion is moving me in different direction.”

So now, the new path Des Jardins charted has led her to Silicon Valley, where on Thursday, March 24, she hopes to build yet another destination restaurant with El Alto.