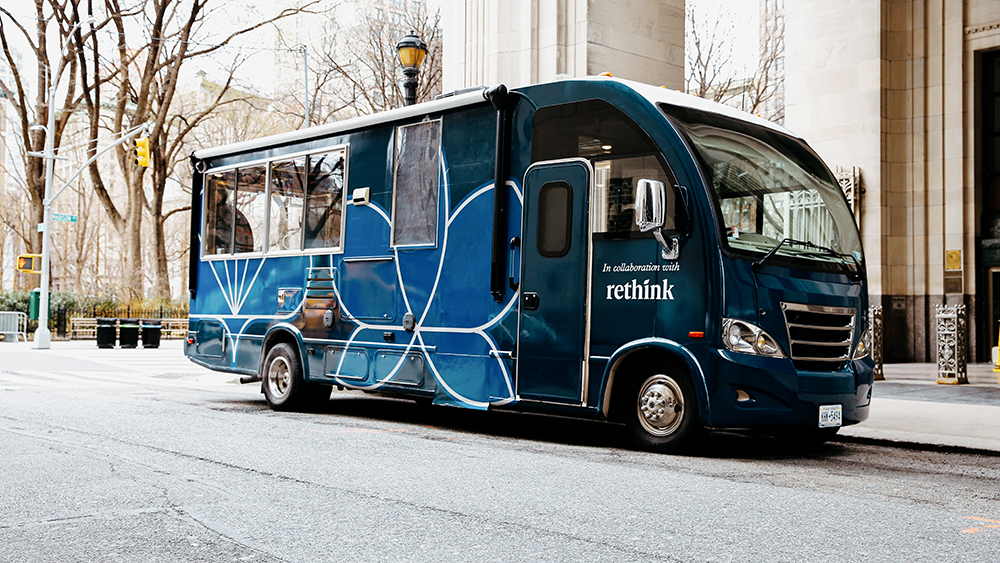 It’s been exactly a year since Daniel Humm turned the crown jewel of his culinary empire, New York’s Eleven Madison Park, into a “commissary kitchen” to feed those affected by the pandemic. Now, the Michelin-starred chef and his team are continuing to feed New Yorkers in need this spring with a food truck that will service the Big Apple’s various boroughs.

Working with Rethink Food, which the chef founded in 2017 to fight food insecurity, Humm will launch the four-wheeled endeavor on April 12. The centerpiece of the program is the new Eleven Madison Park food truck, which will serve up to 2,000 free, nutritious meals a week in neighborhoods throughout the Bronx and Brooklyn. Each dish will be prepared with the same fresh produce and ingredients utilized in the three-Michelin-starred restaurant.

Furthermore, each time one of the restaurant’s at-home meal kits is sold, 10 meals will be donated through the food truck. Eleven Madison Park, long considered one of New York City’s finest restaurants, is due to open for indoor dining later this year. At that point, it will also supplement the food truck with additional donations for every guest served at the Manhattan fine diner.

The EMP food truck on the streets of New York.  Sarah Steinbach with Convicts Studio

This is not the first time Humm has switched gears and slung fare from a food truck. Back in 2016, before the Swiss-born chef split with NoMad Hotels, he was eyeing locations for a Los Angeles NoMad and used a food truck to “get to know the city” and generate a little hype for the new outpost.

Suffice it to say, this new food truck has more altruistic ambitious, adding to the great work that the restaurant’s kitchen achieved during the pandemic. At the height of the outbreak, Eleven Madison Park was churning out as many as 3,000 meals daily to feed frontline workers and New Yorkers in need. Now that mission has its own set of wheels.