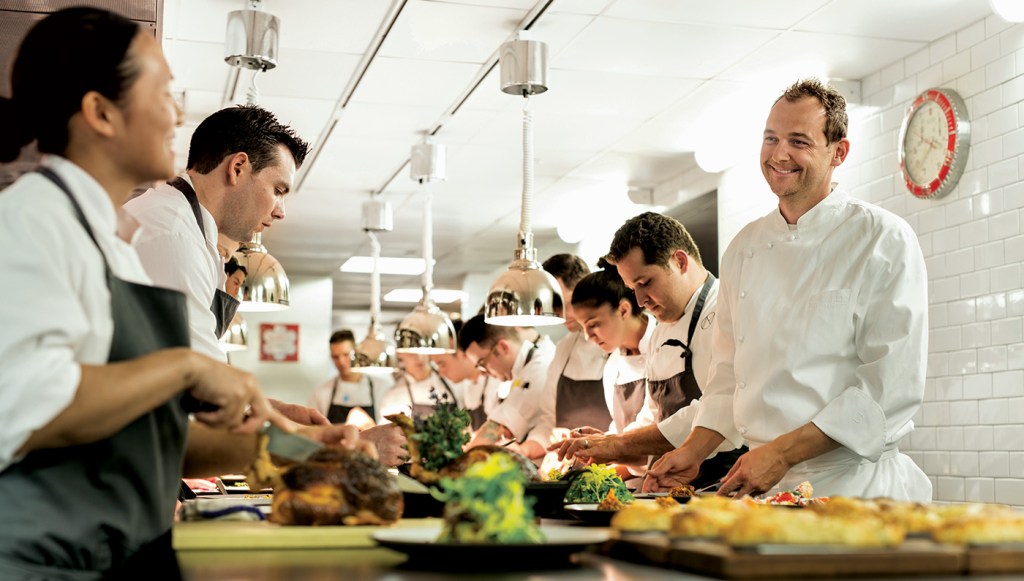 Only a couple of weeks after a report came out detailing dysfunction at Eleven Madison Park, including staffers quitting because of low pay, Daniel Humm’s Michelin three-star restaurant is facing another less-than-flattering revelation: EMP was poised to raise wages last September, but it scrapped those plans after a terrible review of the restaurant ran in The New York Times.

Insider’s Kate Taylor, who broke the previous news as well, reported on Monday that Eleven Madison Park was going to run an op-ed owning up to failures from its past and correct for them. The draft, which Insider reviewed, acknowledged that the restaurant paid employees too little and said that it would up salaries by as much as 33 percent, raising prices to cover the cost.

“It is absurd and unjust that people working in the kitchens and dining rooms of some of the finest restaurants in the world can barely afford their own food and rent,” the draft said. “We are going to ensure that everybody working at Eleven Madison Park will receive a living wage of at least $20 per hour.”

Last summer, when the draft was being written, Humm was anticipating the New York Times review, and he expected it to be glowing, according to Insider. When it wasn’t, the restaurateur was furious, and EMP scrapped its plan for the op-ed and the wage increases. “One thing we know is that we continue to be on the right path,” Humm told Insider in an email. “Our mission as a business is progress, not perfection.” (Eleven Madison Park did not immediately respond to Robb Report‘s request for comment.)

The op-ed was drafted by the financial journalist Adam Davidson, who wrote a positive Wall Street Journal profile of Humm in May 2021. Davidson acknowledged on Twitter that he had worked with Humm on the piece, standing by it and noting that he wished it had been published. (Sources with knowledge of the op-ed told Insider’s Taylor that it was only a draft and not a final plan approved by restaurant management.)

In the op-ed, EMP said it would raise prices in order to offset the higher labor costs, with the menu going from $335 to $425. Part of this push was meant to help women and people of color in the culinary industry in particular. “I didn’t pay enough attention to the fact that, by paying low wages, I was unintentionally excluding so many from my kitchen,” the op-ed said. “How many more wonderful chefs would we have if we had realized—if I had realized—all along that we must pay a living wage to everyone who works in a restaurant?”

Eventually, the restaurant did raise its prices earlier this year by reinstating tipping while leaving cost of a meal at $335. That move effectively increased the check for diners by 20 percent and the restaurant said it was passing that revenue along to employees. “When we reinstitute gratuities, we will be able to adjust the hourly pay of our food service team as a result of their wages being supplemented by the gratuities collected,” restaurant spokesperson Ben Rosenthal told Robb Report at the time. “Using that savings, we will increase the hourly pay of our kitchen team. Being able to pay our dining room and kitchen teams at Eleven Madison Park more competitively was our key motivation behind this adjustment.”

However, according to the report, Humm never followed through with instituting the “living wage of $20 per hour” across the board to all employees.