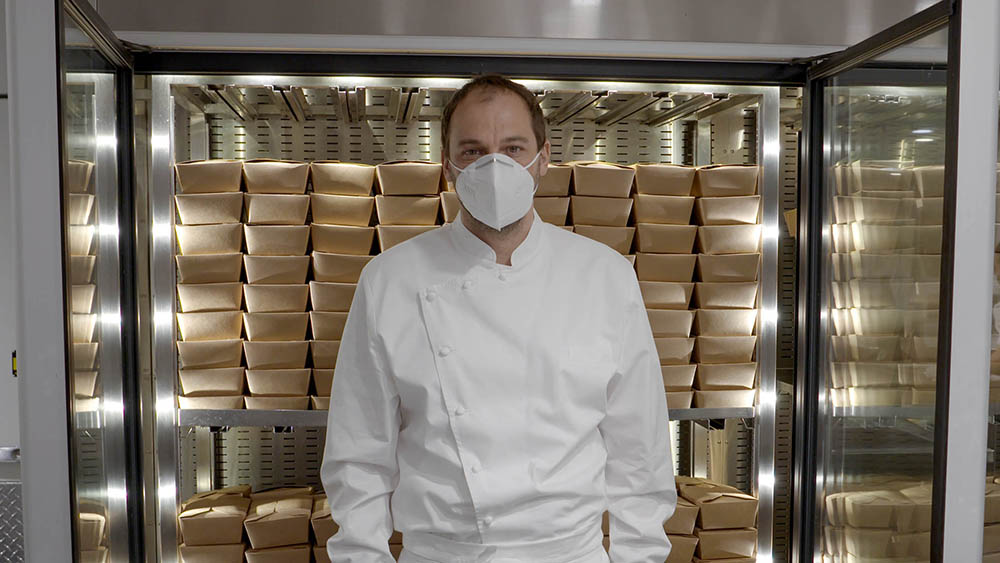 The coronavirus pandemic has given no shortage of people a new sense of perspective, forcing us all to examine what we really need. According to Michelin-starred chef Daniel Humm, that may mean less fine dining and more food for the hungry.

Humm, who helms hospitality group Make It Nice, recently commented in an interview with Bloomberg that the crown jewel of his empire, New York’s three-Michelin-star Eleven Madison Park, may not reopen after the pandemic subsides. And, if it does, it may be geared toward feeding those in need. (Humm did not reply to Robb Report‘s request for comment.)

The chef got a taste of altruistic cooking last month when he transformed the former World’s Best Restaurant into a commissary kitchen. Working alongside NYC-based nonprofit Rethink Food, Humm and his staff have been able to churn out around 3,000 meals a day for frontline workers and underprivileged New Yorkers. Humm said this was “the biggest lightbulb moment” and what prompted him to pivot his business model.

If EMP were to reopen, the chef says he will continue to cook for the homeless and hungry, in addition to his high-end clientele.

“The infrastructure to end hunger needs to come out of the restaurants. Any way that EMP reopens—and it’s like a blank canvas right now, we would need to redefine what luxury means—it will also be an opportunity to continue to feed people who don’t have anything,” Humm said. “I don’t need to only feed the 1 percent anymore.”

So, what exactly will that look like? If the doors reopen Humm says he wants to continue to “cook with the most beautiful and precious ingredients in a creative way,” but will make extra dishes during “family meal” for Rethink to distribute to those in need. Humm has been a board member of Rethink since its founding and on Monday officially joined the nonprofit as top chef and partner.

“Together we will work towards creating a more sustainable and equitable food system,” Rethink wrote on Instagram.

Indeed, before the Covid-19 crisis, Rethink served around 15,000 meals per week. Now, with EMP on board, the team feeds 25,000 people a day. If the nonprofit can get more restaurants to partner, there’s a real potential to end hunger. Now that’s a happy ending we could all use.