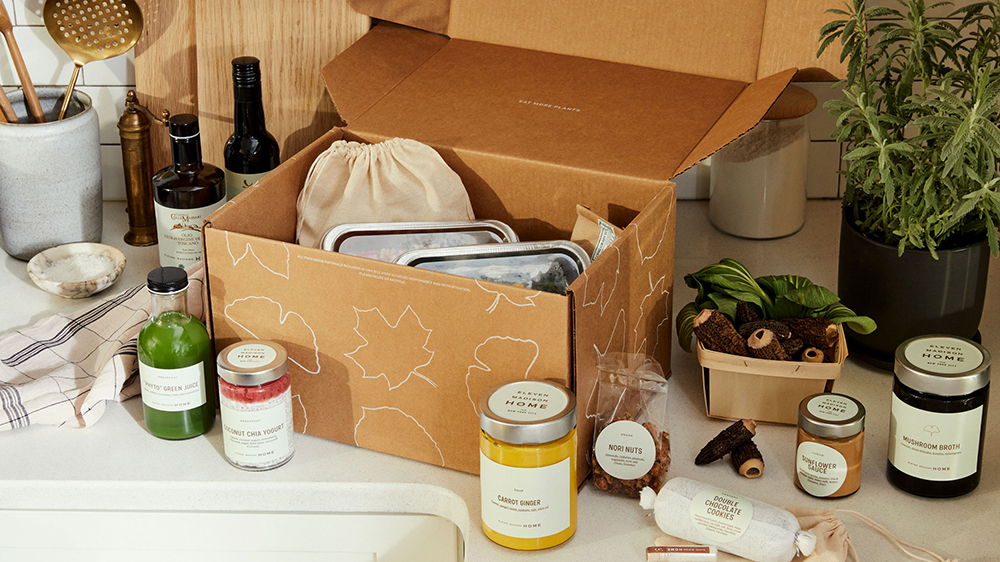 After switching to an entirely plant-based menu last year, Eleven Madison Park is expanding its green ethos to home kitchens.

The New York City institution, which was named the World’s Best Restaurant back in 2017 and currently carries three Michelin stars, has just announced a new delivery service to bring high-end, plant-based fare directly to your door.

EMP’s leader Daniel Humm, who also helms hospitality group Make It Nice, says the idea for Eleven Madison Home first sprouted after he received positive feedback regarding his new green menu. For context, the Swiss chef made the switch after realizing the way the restaurant sourced and served animal protein was environmentally unsustainable. He has also noticed first-hand the shift in the quality and availability of ingredients.

You can expect delicious plant-based dishes such as fresh spring rolls.  Sideny Bensimon

“We need to rethink the norms, rewrite the rules,” Humm told Robb Report. “This way of eating is better for the planet and our health—and it is delicious.”

Indeed, research conducted over many years by Harvard Medical School has linked plant-based diets to lower rates of heart disease, type 2 diabetes and some cancers. Not to mention, the enormous environmental burden that comes with animal agriculture can be avoided entirely.

Humm acknowledges that changing our habits isn’t easy—especially when it comes to food. The curated offering is designed to make the adjustment as fun and delicious as possible, though. In fact, you only need to commit to a single day per week.

The Eleven Madison Home subscription provides one diner with a full day of luxurious, plant-based meals each week, including breakfast, lunch, dinner, dessert and snacks. All dishes are ready to eat or require very minimal preparation. That means you don’t need any fancy equipment or chef skills. Furthermore, the menu, which highlights fresh, seasonal produce sourced from the best local farmers, changes week-by-week to ensure you never get bored.

To give you a taste, breakfast could be whole-grain oatmeal topped with rhubarb compote and roasted pecan butter; lunch, a celery root salad sandwich on house-made focaccia; and dinner, Israeli couscous with roasted carrots and mushroom kebab. Desserts include the likes of bake-at-home snickerdoodle cookies, while snacks come in the form of chickpea crisps with olive tapenade. Humm is hopeful even the most die-hard carnivores won’t even notice the absence of meat.

“Our goal from the beginning has been to redefine what luxury and fine-dining looks like, is and can be,” the chef says. “There is zero sacrifice when it comes to eating plant-based.”

As with most of Humm’s projects, there is a philanthropic twist. The subscription box, which is hand-delivered to your home, costs $150 per week and a portion of the proceeds will be donated to Rethink Food. This charity, which the Michelin-starred chef founded in 2017, works to fight food insecurity in New York City and beyond. In this case, the purchase of one box provides funds for one plant-based meal that will be given out via the EMP food truck.

“As crazy as it sounds, we want to help change the world one day at a time,” Humm adds.